Toyota just started building a 175-acre smart city at the base of Mount Fuji in Japan. Photos offer a glimpse of what the 'Woven City' will look like. 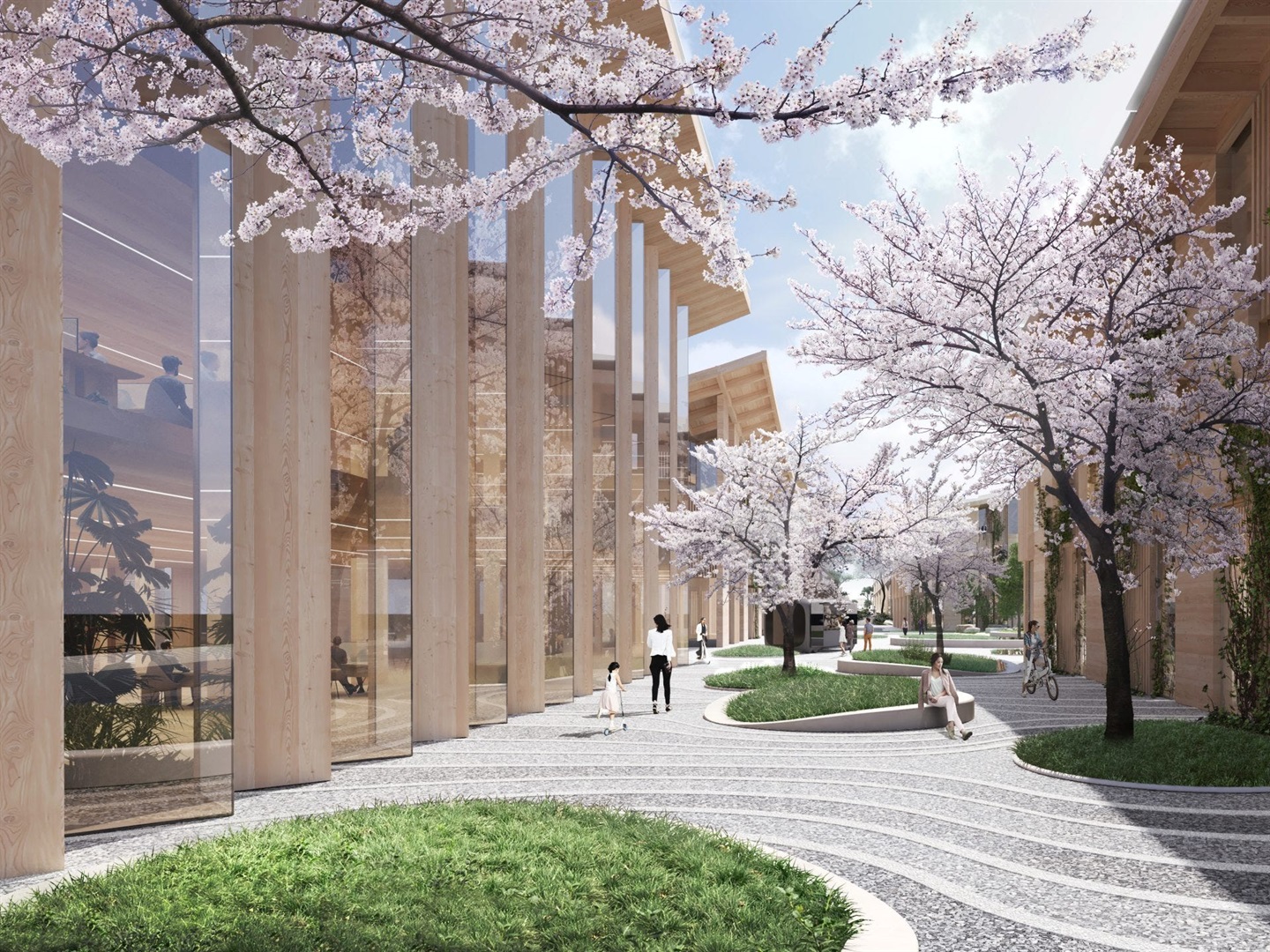 The "Woven City" will eventually be home to 2,000 Toyota employees and their families, retired couples, retailers, and scientists, according to the company.
Toyota

Toyota Motor Corporation started construction this week on a 175-acre smart city at the base of Japan's Mount Fuji, about 62 miles from Tokyo, the company announced Tuesday.

The city, which Toyota has dubbed the "Woven City," is expected to function as a testing ground for technologies like robotics, smart homes, and artificial intelligence. A starting population of about 360 inventors, senior citizens, and families with young children will test and develop these technologies.

These residents, who are expected to move into the Woven City within five years, will live in smart homes with in-home robotics systems to assist with daily living and sensor-based artificial intelligence to monitor health and take care of other basic needs, according to the company.

The eventual plan is for the city to house a population of more than 2,000 Toyota employees and their families, retired couples, retailers, and scientists. Toyota announced plans for the city last year at CES, the tech trade show in Las Vegas.

Here's what the 175-acre smart city is set to look like when it's finished.

Toyota's planned 175-acre smart city will sit at the base of Mount Fuji in Japan, about 62 miles from Tokyo. Called the "Woven City," the development will feature pedestrian streets "interwoven" with streets dedicated to self-driving cars, according to press materials. The city is expected to be fully sustainable, powered by hydrogen fuel cells.

The Woven City will function as a testing ground for technologies like robotics, smart homes, and artificial intelligence, according to the company.

Toyota officially started construction on the city in a groundbreaking ceremony on Tuesday, the company announced. The city is set to be built on the site of one of Toyota's former manufacturing plants called Higashi-Fuji.

Toyota plans to send about 360 people to live in the Woven City to start. From there, it intends to gradually grow the population to more than 2,000. The first residents will be a group of roughly 360 inventors, senior citizens, and young families with children, according to the company. These residents will move in within five years, a Toyota spokesperson told Insider last year.

Toyota has not yet revealed how these first residents will be chosen, and a spokesperson did not immediately respond to Insider's request for more details.

Eventually, the Woven City is expected to be home to more than 2,000 Toyota employees and their families, retired couples, retailers, visiting scientists, and industry partners.

Residents will live in homes outfitted with in-home robotics technology as well as sensor-based artificial intelligence to monitor their health and take care of their basic needs. An artist's rendering of a home in Toyota's planned smart city.
Toyota

Despite the planned high-tech homes, Toyota says that promoting human connection is a major theme of the city but has not released specifics on how it plans to encourage this.

Press materials indicate that the planned city will feature multiple parks and a large central plaza for social gatherings. Bjarke Ingels, the famed Danish architect behind high-profile projects such as 2 World Trade Center in New York City and Google's California and London headquarters, is responsible for the city's design.

Buildings are to be made mostly of wood to minimize the carbon footprint. Rooftops are slated to be covered in photo-voltaic panels to generate solar power and hydrogen fuel cell power.

Toyota says it plans to integrate nature throughout the city with native vegetation and hydroponics, a method of growing plants without soil. These three types of streets will form an "organic grid pattern" to help test autonomy, according to Toyota.

There will also be one underground road used for transporting goods.

A fleet of Toyota's self-driving electric vehicles, called e-Palettes, will be used for transportation, deliveries, and mobile retail throughout the city. Toyota has not yet disclosed an estimated completion date or estimated total cost for building the Woven City.

The Woven City joins a slew of similar smart city projects across Japan, some of which are also spearheaded by major companies. In 2014, electronic appliance company Panasonic opened a smart city in Japan's Kanagawa Prefecture called the Fujisawa Sustainable Smart Town, per Tokyo Esque, a market research agency. The city is still under construction with completion expected in 2022, but more than 2,000 people live there now, according to Panasonic.

Accenture, an American-Irish consulting company, is teaming up with the University of Aizu on smart city projects in the town of Aizuwakamatsu with the goal of better using artificial intelligence in public services, the company announced in July 2020.

Local governments made more than 50 proposals for smart cities in Japan in 2020, but only a handful of those were approved, according to Tokyo Esque.

As Linda Poon reported for Bloomberg last year, critics say smart city developers should focus on the human aspect of the projects, not just the technology.

"If it's not started from a human-centric perspective, from the bottom up as opposed to from the top down, these aren't real cities," John Jung, founder of the Intelligent Community Forum think tank, told Bloomberg in January 2020. "They're not designed to get [people] to know each other."