All the coronavirus particles in the world combined weigh no more than 10kgs, a new study estimates 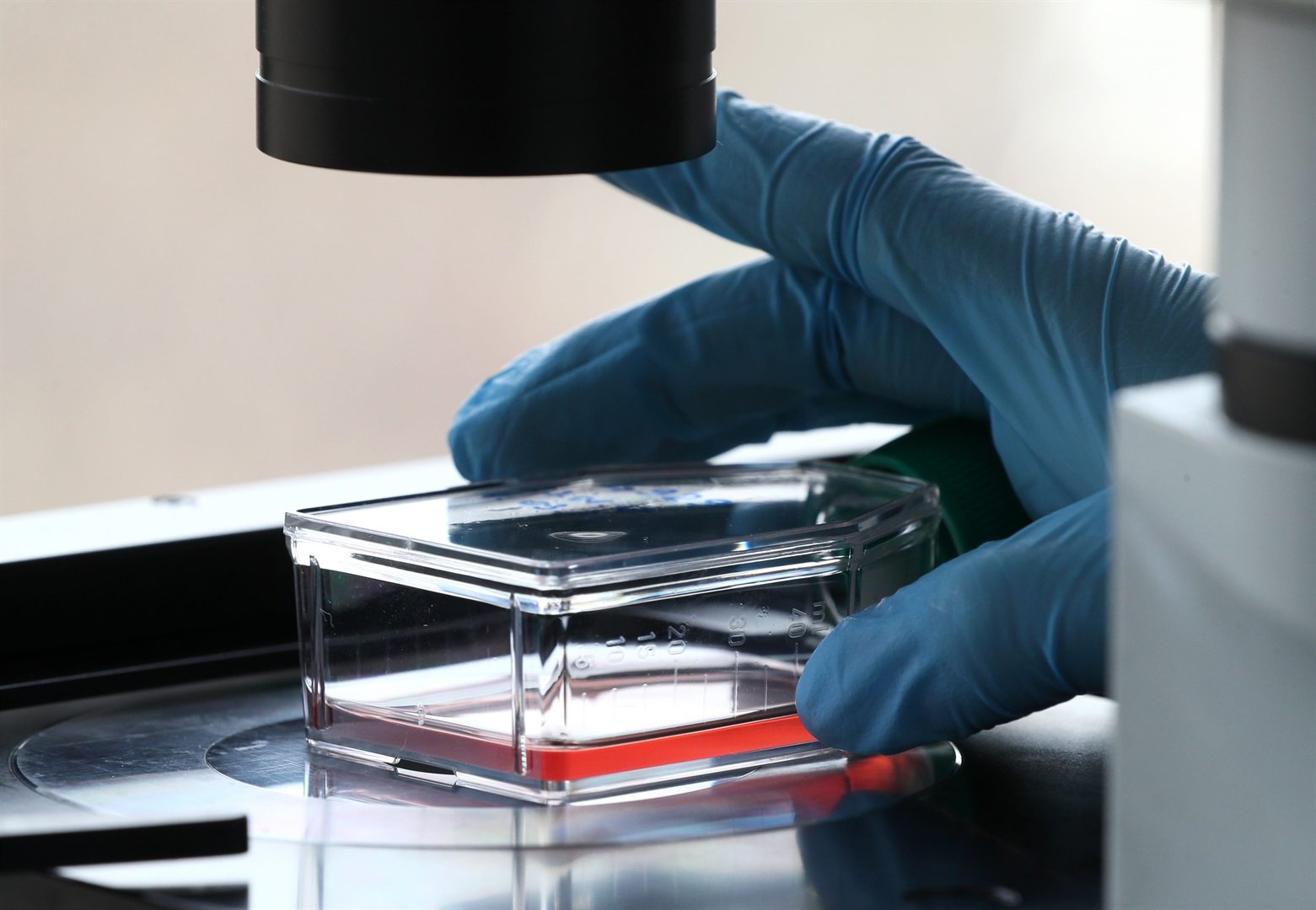 A laboratory worker uses a microscope to examine mouse lung-tissue cells at the Institute of Immunology, part of the Russian Federal Biomedical Agency, on April 14, 2021.
Alexander Shcherbak/TASS/Getty Images

The pandemic has made the world keenly aware that the biggest threats to public health often come in small packages. Individual virus particles, called virions, are too small to be seen without a high-power microscope, but they're responsible for hijacking our cells and replicating inside our bodies.

In the case of the coronavirus, scientists estimate that each infected person carries between 1 billion and 10 billion virions during the peak of their infection. That means that at the current moment, quadrillions of virions are likely circulating in humans. (The world is recording around 323,000 new Covid-19 cases each day.)

But if you were add up all those virions around the globe, they'd weigh no more than 10 kilograms. And it's possible that their total weight is as low as 100 grams - less than a pound. That's according to a new study from researchers at the Weizmann Institute of Science in Israel and the California Institute of Technology.

The results were striking even to scientists, according to Avi Flamholz, a research associate at Caltech.

"For the whole world to be basically brought to its knees by 10 kilograms, that's still surprising," Flamholz said.

He added, "If you would've thought about it intuitively, you would have chosen a much bigger number, because our intuition is like, 'This is a big deal'."

Flamholz and his fellow researchers estimate that a single infected cell contains about 100,000 virions - around 10 to 100 of which are actually infectious. But it only takes a few infectious virions to make someone severely ill, he said.

"You're going to get potentially hundreds of individual virions out of that single infection event, and each of them is going to have some low probability of infection," Flamholz said. "But they will also, if they infect, give rise to hundreds more."

To estimate the number of virions inside an infected person, the researchers used measurements of the virus' genetic material - in this case, RNA - from the tissues of rhesus monkeys. Since it's unethical to perform these studies on people, monkeys give us the closest sense of how the virus replicates in humans. For this research, the monkeys had been injected with the virus two to four days prior to the measurements.

To determine how much viral RNA was present in the monkey samples, scientists ran them through a machine called a thermocycler, which gives off a fluorescent signal when genetic material is present. The less time it takes for the machine to complete a cycle, the more RNA genomes a sample contains. The researchers assumed that the amount of RNA genomes corresponded to the number of virions inside the body.

Overall, the researchers found the highest concentration of RNA copies in the lungs. So they relied on that number to estimate the total weight of the virions in one infected person. That weight, they found, ranges from 1 to 100 micrograms - up to 100 times lighter than a poppy seed.

That's why the researchers' estimate ranges from 1 billion to 10 billion virions per person. That also accounts for the fact that the virus affects everyone differently, so some people have more virions than others.

"You see this crazy variation among even your friends, let's say, who might've had Covid in terms of their degree of severity," Flamholz said.

A single infection might produce up to 100 million mutations Researchers sequence coronavirus samples at the University Hospital of Badajoz in Spain on April 15, 2021.

Over the course of the study, the researchers stumbled on another finding: By determining the number of virions produced during a single infection, they could also determine how many mutations occur, based on previous estimates of the virus' mutation rate.

They calculated that a given strain likely develops around three mutations per month. Although most mutations are harmless, scientists still worry that the virus could develop even more dangerous combinations of mutations that help it spread quickly or evade vaccines.

"The rate of emergence of new mutants and the odds of them being more infectious or having longer residence times in the body - that's work that we should all collectively be concerned with now," Flamholz said.

The researchers estimate, for instance, that 1 out of every 200,000 infections might have a particular mutation known as E484K - which is present in the most concerning variants so far.

Flamholz said the study findings are primarily another reminder that tiny particles can have a deadly global impact.

"We live in a macroscopic world where things weigh 100 kilograms. Gravity is a force that matters. When we jump, we fall and we sink to the bottom of the pool unless we're swimming," he said. "Those things are not true for the microscopic scale.