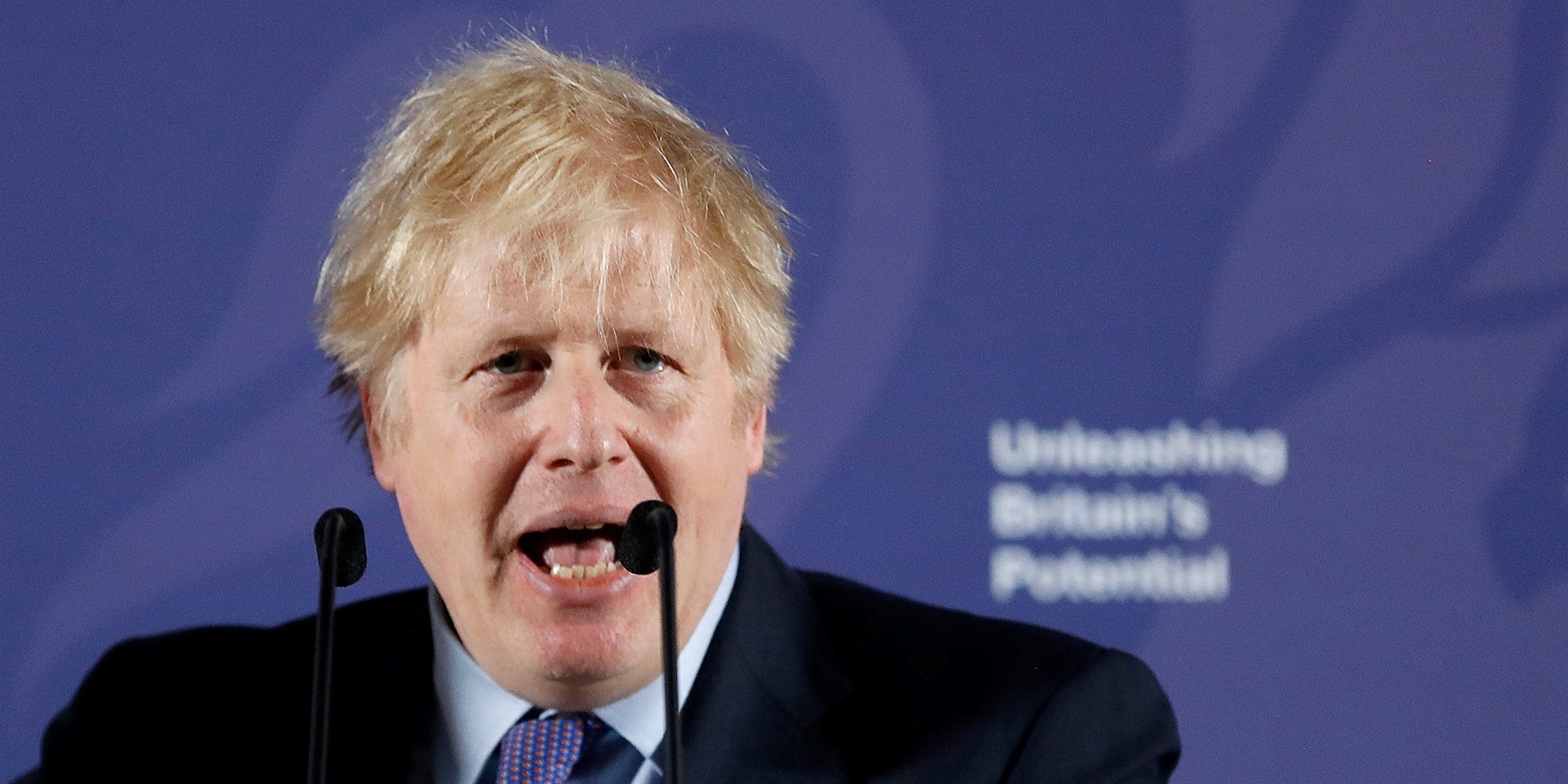 A group of Conservative MPs is looking to hire unpaid interns to work on their research for Boris Johnson's "levelling-up" agenda, Insider can disclose.

The Northern Research Group (NRG), which is led by former minister Jake Berry MP, posted a job advert for interns to work on a "voluntary" basis on the website w4mp.

The responsibilities for the intern are identical to those listed in an earlier job advert from the NRG for a paid researcher.

The unpaid intern's responsibilities, identical to those of a paid researcher
w4mp

Their unpaid work would include "researching and reviewing government policy in relation to the 'levelling-up' agenda".

The "levelling-up" agenda is Boris Johnson's slogan, meant to encompass policies tackling regional inequality through investment in towns and infrastructure.

The NRG has raised £1 million (around R22 million) from donors for its MPs, The Daily Telegraph reported.

Berry told the Telegraph: "I believe we're the best-funded backbench organisation in Parliament, and absolutely focussed on driving forward 'levelling up' and the North's agenda." Excerpt of job posting from the Northern Research Group
w4mp

The job advert says the unpaid work would take part in London, by far the most expensive part of the UK.

The unpaid post was criticised by a Conservative aide, whom Insider granted anonymity so they could speak candidly.

The person told Insider: "It's beyond laughable that the Northern Research Group is hiring for an unpaid intern. They are asking someone to live in London on no salary - not really going to help Levelling Up is it?

"The job description they have offered is not appropriate for an intern - it's what we would be doing as a parliamentary researcher for a proper salary. This is not levelling up, it's levelling down - making it harder for people living outside the M25 [London's orbital motorway] to get Parliamentary experience."

Johnson asked Berry to set the group up, which includes ministers among its more than 50 MPs, The Spectator reported.

The NRG did not immediately respond to Insider's request for comment.