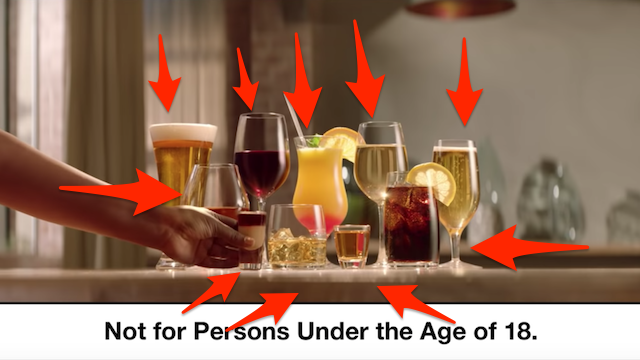 Showing South Africans dealing with problems such as high fuel prices and giant potholes and then sipping a cocktail is okay, the Advertising Regulatory Board (ARB) has ruled – but suggesting binge drinking as a response is not allowed.

In a ruling published on Tuesday, the ARB ordered liquor chain Tops at Spar to withdraw two television advertisements known as "A Serious Country" and "An Even More Serious Country".

Dealing with serious issues, the ads hold, require a "glass of not-so-serious". And in the South African context, "serious" ranges from enormous potholes to being sprayed in the face by window-washers at traffic lights, plus the perils of loadshedding and water restrictions and high petrol prices.

See also: It’s okay for children to learn that sex is fun, SA’s advertising regulator says – even though it’s not thrilled at the idea

The Southern African Alcohol Policy Alliance complained that the ads suggested drinking as a way of dealing with the real challenges that people face every day, even though the problems are presented in a very over-the-top fashion.

"What we object to is them actively playing into the narrative that you can use alcohol to 'drown your sorrows'," the Alliance said in its complaint.

In response Tops argued that having a single drink after a trying day is normal.

And one drink may indeed be okay to portray, the ARB said – but ten drinks is too much.

But the end of the ads show ten different drinks lined up, and then all of them rapidly disappearing.

"One arm reaches in to take one, and the drinks then all quickly disappear. It is unclear if the same person has drunk them all, quickly, or if a group of people are slowly sipping them. The overall communication is of a fast and excessive (over-the-top) drinking binge in order to cope with the (over- the-top) challenges of life in South Africa," the ARB said.

And that, it found, "leaves one with an impression of excessive drinking as a coping mechanism in times of trouble", which is in breach of rules that say ads may not show excessive drinking, or claim that "alcohol beverages have curative qualities".

Here are the two ads Tops at Spar has been ordered to withdraw.