The wealthy are traveling everywhere from France and Turkey to India and Japan in 2019.
grinvalds/Getty Images

Investing in travel is becoming an increasingly popular way for the ultra-rich to signify their status - and they're extending it far beyond the classic idea of a vacation.

Nowadays, the super-rich are taking months-long, multimillion-dollar trips to recharge or reconnect with family because they're often burnt out, Business Insider's Katie Warren previously reported. That can take shape in the form of extreme adventures, luxurious getaways, and educational excursions.

But just where are these billionaires headed?

Business Insider teamed up with boutique luxury travel agency Original Travel, which plans trips for high-net-worth individuals, to find out the hottest spots the elite are spending their money on in 2019. They based this ranking on the number of bookings and performance; the latter was assessed by feedback, their expertise, and client inquiries.

Turns out, billionaires have a taste for adventure in 2019. While a few classics made the list, such as Britain and France, far-flung countries - from Rwanda to Myanmar - made an appearance on the list, too.

Keep reading to see where the rich are getting their passports stamped this year. Lesser-known than neighbours Croatia and Greece, the tiny slice of Adriatic coastline that is Montenegro has previously lacked high-quality accommodation (other than the Aman network) to rival its fjord landscapes, Tom Barber, co-founder of Original Travel, told Business Insider.

"Montenegro is set for a luxury upgrade in 2019 with the Chedi Lustica Bay newly opened and One & Only opening its first resort in Europe next year with Portonovi in Boka Bay," he said. Business Insider previously reported that Oman is the next big destination for luxury travellers. Its peak travel season runs from October to April.

"Luxury brands like Anantara Hotels, which has already opened two resorts there, are claiming the country's culture and unique topography are a huge draw for travelers," reported Sarah Jacobs. Champagne, in particular, is France's hottest destination right now, according to Barber. Belmond's new Pivoine Champagne barge launched in 2018, and the recent opening of The Royal Champagne Hotel "injected a much-needed shot of luxury and style to the hotel offerings of the region," he said.

He added: "From barge or hotel, we recommend arranging a private vineyard tour and tastings including a backstage at Bollinger experience, along with a make-your-own Champagne lesson and treehouse Champagne bar experience for a comprehensive immersion in the region." From the countryside to the city, there's plenty on offer for a luxury holiday in Great Britain. Original Travel has been working on developing a network of tailor-made itineraries around the British Isles, beginning with London. The city is home to a number of luxury hotels including Claridge's, The Connaught, and The Dorchester. "India has always been one of our favorite destinations for an authentic travel experience, but in 2019 we're honing in on the country's spiritual specialism," Barber said.

From January 15 to March 4, the ancient city of Haridwar in northern India played host to Ardh Kumbh Mela, the UNESCO-recognized largest spiritual festival in the world where Hindu devotees come to wash away their sins in the river's holy water, Barber said. With Kumbh Mela festivals happening on rotation between four cities over the course of 12 years, 2019 started off strong for luxury travel to India. "Less traditional luxury - no white tablecloth breakfasts served on your private balcony overlooking the ocean - Explora offers the luxury of being able to let go of planning and logistics without sacrificing choice or personalization," he wrote. The gateway to the Turkish Riviera was recently reopened after British Airways resumed its direct route to Dalaman, according to Barber.

"With the Turkish lira having dropped in value, new hotel openings, and things stabilizing a little politically, the Turquoise Coast of Turkey has never looked more appealing," he said. "With the Turkish Aegean back on the map, its turquoise seas, secret beaches, and exclusive bars and clubs are peaking the interests of glamorous beach-goers usually resigned to the same old European break."

Barber called the south-westerly beach town of Kaplankaya a "place to watch," as well as the Bodrum peninsula, which has an array of new hotel offerings. The dozens of islands across the Indian Ocean known as the Seychelles are one of the most requested spots in Original Travel's diving division.

Seychelles' North Island, in particular, is a luxurious getaway. "Set in the middle of the Indian Ocean, this ultra-exclusive hideaway attracts A-listers and royals," wrote Maxine Albert. Historic Myanmar offers plenty for a luxury holiday - several luxurious boat trips along the Irrawaddy between Yangon and Bagan as well as Ngapali Beach, an elite beach retreat, according to Original Travel.

Yangon's highlight is the Schwedagon Pagoda, where Original Travel arranges for visitors to take part in a robe-offering ceremony with the temple's monks. Rwanda was named a new African luxury destination to watch in 2018 by Luxury Travel Mag. The destination is all about nature and wildlife, home to three national parks: Akagera, Nyungwe, and the Volcanoes National Park.

The latter is the perfect spot - and one of the few remaining places - to see mountain gorillas in the wild, according to Original Travel. Unspoiled Bhutan is ideal for the adventurous luxury traveler - the country is made for trekking, according to Original Travel. The company has arranged for treks to many of Bhutan's monasteries, mountain-biking along 12,000-foot mountain passes, and participation in archery tournaments. As of March 2019, Original Travel has already received the amount of Colombia bookings that they received for all of 2018.

"Opening this November is the brand new and exclusive Corocora Camp, located inside a remote private reserve on the vast plains of the Llanos Orientales region, a two-hour drive (or 30-minute helicopter ride) from Yopal," he added. "This is the first camp of its kind in Colombia with safari-style tents and a wildlife-focused camping experience." Original Travel's 2019 Iceland bookings are set to double their 2018 rate. That's not surprising, considering it was previously named one of the top places to travel in 2017 by Insider.

Many visitors travel to the island to see the Northern Lights. The ION Luxury Adventure Hotel in Iceland's Golden Circle was specifically designed for optimal Aurora Borealis viewing. Beyond that, there are "Crystal Caves," massive waterfalls, Icelandic horses, and black sand beaches to explore. There are also plenty of ways to enjoy luxury travel in Japan by train - like The Twilight Express Mizukaze with a top room that costs R320,000 for a two-night, three-day trip or the Skiki-Shima train that boasts glass ceilings and suites. 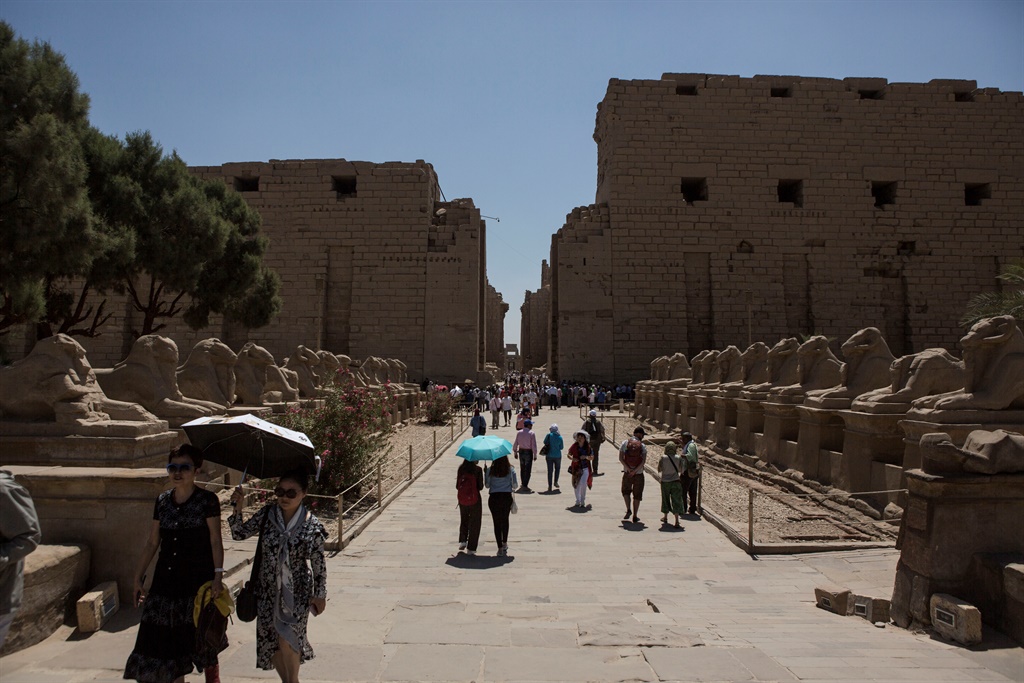 Original Travel's 2019 bookings for Egypt are set to triple last year's bookings. According to Barber, there are two primary attractions fueling this trend.

The first is Steam Ship Sudan, a cruise that glides down the Nile between Luxor and Aswan, stopping at archaeological sites, temples, and tombs along the way.

The second is the Grand Egyptian Museum, relocated and newly built overlooking the pyramids of Giza. "The museum will house over 100,000 ancient Egyptian artifacts, many of which have never previously been shown in public and includes King Tutankhamun's complete collection of over 50,000 artifacts," Barber said. "Once complete, the museum will be the largest in the world devoted to a single civilization."