Legendary skateboarder Tony Hawk is selling R7,5k boards painted with his own blood 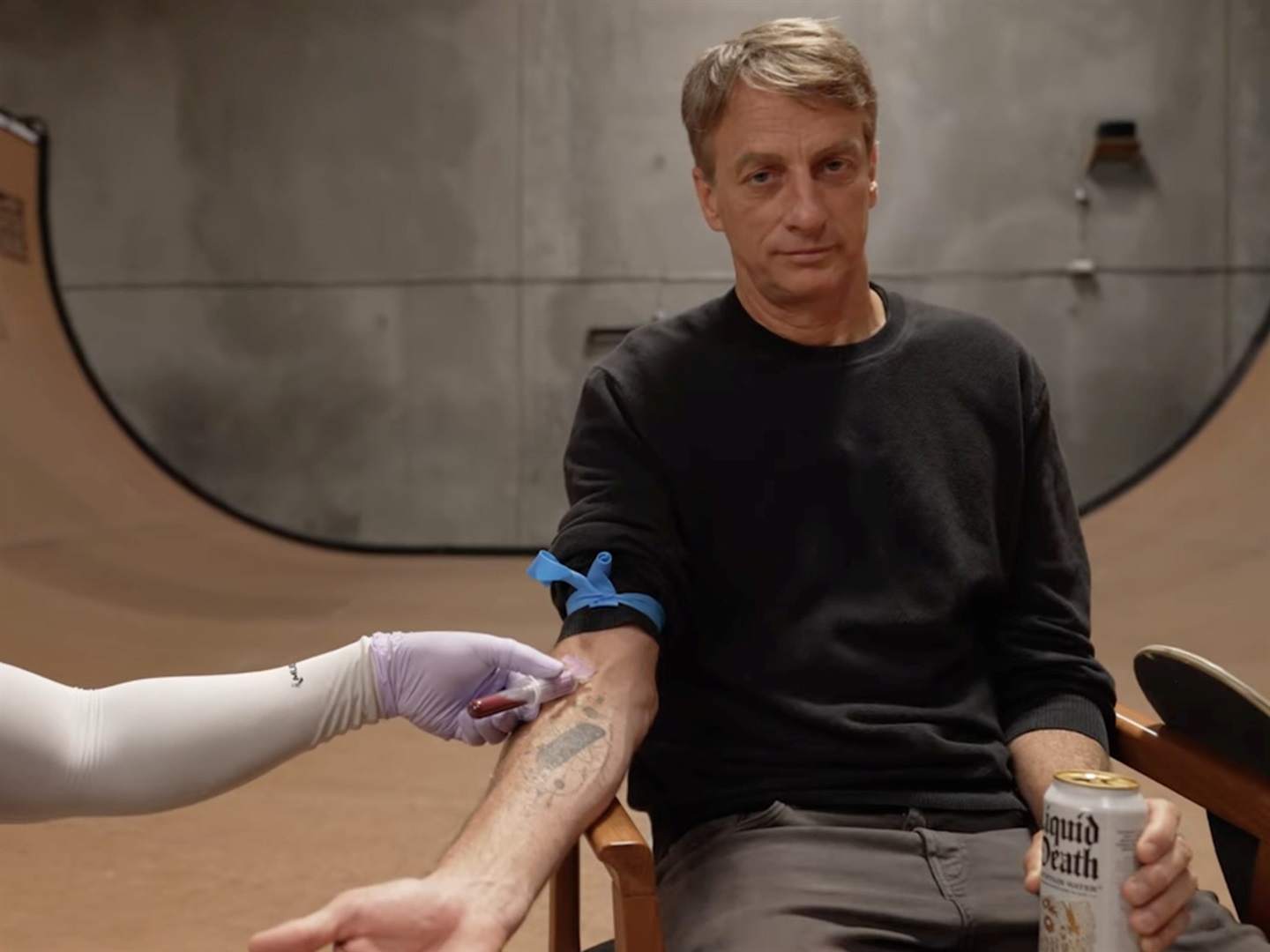 The most famous skateboarder in history is giving fans an opportunity to own a custom board painted with his own blood.

As part of a publicity stunt for the water brand Liquid Death, Tony Hawk, also known as Birdman, has given two vials of his actual blood to create the Liquid Death Skateboard.

Unsurprisingly, the board is blood red and features a drawing of topless man whose head has been replaced by a can of the water.

He is also carrying a bloody axe and the skull of a hawk.

Yes, there is actually @tonyhawkâ€™s real blood in these skateboards. And yes, we sterilized it first. Own your very own piece of the Birdman today. But act fast! There are only 100 of them. https://t.co/UlxFy0HLB1 pic.twitter.com/TFDtvMPt7G

A limited edition run of 100 of the boards went on sale for R7,500, but sold out almost immediately.

The godfather of modern skateboarding was recently spotted at the Tokyo Olympics where he watched the sport he helped popularise make its debut at the games.