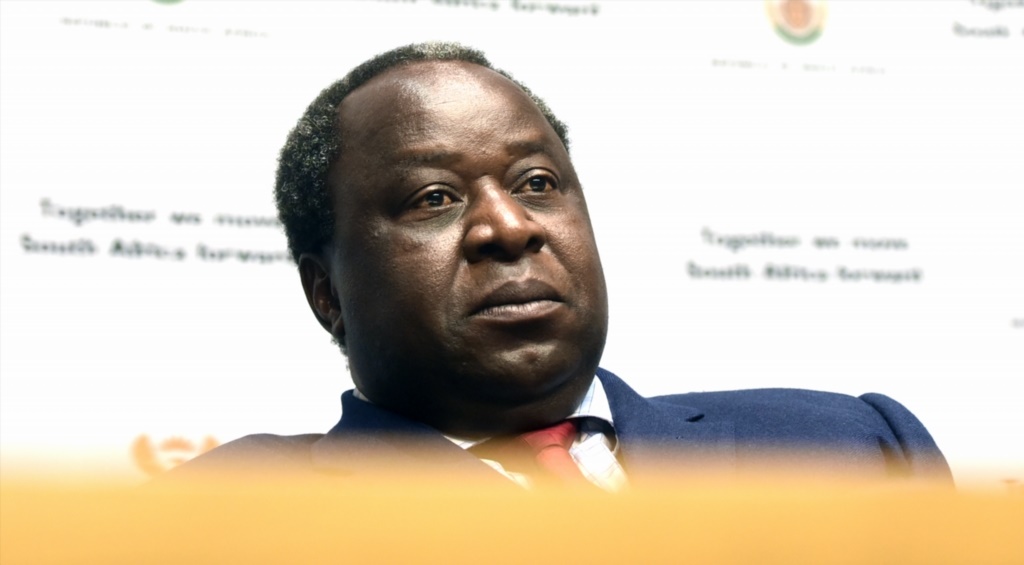 In 2003, then minister of finance Trevor Manuel handed out plums in parliament during his Budget speech. Taxpayers received tax relief of R13 billion that year, and large infrastructure projects were launched as the economy grew by more than 3%.

This year, MPs received aloes. While plums were apt for the "times of plenty", the hardy aloe has many healing qualities, but it is also a reminder that "we must take the bitter with the sweet", Mboweni said.

Viva our Aloe, the symbol of Renewal! Look after it, nurture it, prune and tend to it!! pic.twitter.com/k9SjnaC5k9

From Treasury's 1,000-page Budget document that accompanies his speech, it is clear that the good times are truly long gone. Not only that, the future looks bleak if government doesn't take some drastic measures.

Here are some of the most alarming numbers in the Budget report:

State-owned enterprises are in a terrifying state

State-owned companies are bleeding - cash generated from operations are down from R85 billion in 2015 to R65 billion last year. Their position looks even worse after debt costs are taken into account. Their interest payments have ballooned to R47 billion from only R24 billion five years ago. ROE is calculated by dividing a company's' overall income for the previous year by its shareholders' equity. The state’s equity in state-owned enterprises experienced a negative growth the past year either by increasing losses or increasing liabilities.

Treasury acknowledged that SOEs are a big risk to the country’s economic outlook.

“Over the year ahead, government will initiate reforms to strengthen the governance, financial management and operations of state-owned companies,” Treasury said. Eskom will get R69 billion over the next three years, but government is appointing a Chief Restructuring Officer, to oversee Eskom's restructuring. The utility will be split into three units. Treasury has revised its expectation for South Africa's debt-to-GDP rates. The government has taken on so much debt, that it will now breach 60% in 2023 - ten years ago, it was only 31%. Government spending to repay the debt will grow much faster than spending on education and other priorities. This will be the average nominal growth in spending over the next year If the rand weakens by R1 to the dollar, it adds R21 billion to SA's debt

The movement of inflation and especially the currency has a large impact on South Africa's debts. A movement of a rand in the rate against the dollar will add R2 billion in debt repayments, and a whopping R21 billion in the total debt value. Foreigners are still the largest holders of SA government bonds

Despite widespread selling of SA government bonds, foreign investors remain the largest single category of investors. By the end of December 2018, they held 37.7%  (R712.9 billion) - sharply down from more than 41% in the previous year. Under one government scenario, the economy could shrink by almost 2% this year Investment in SA has dwindled to a 13-year low

"However, concerns about electricity supply and slower global growth pose risks to the near-term outlook." It's getting harder to do business in South Africa

Policy uncertainty and a decay in government’s relationship with the private sector have reduced South Africa’s global competitiveness. South Africa dropped from 44th position on the Global Competitiveness Index to 67th in 2018.

During the same time, the country fell from the 35th position to 82nd in the World Bank’s Ease of Doing Business report, while Kenya and Rwanda have been able to make significant gains.

It specifically mentioned Kenya’s rollout of e-visas which considerably boosted tourism which South Africa aims to implement by the end of the year.

“[South Africa’s] deterioration is a response to corporate scandals, auditing firm failures, widespread corruption in both the public and private sectors, and the perceived erosion of government’s commitment to macroeconomic stability,” Treasury said.

It said government aims to reverse this slide urgently, and move to the top 50 countries in the Ease of Doing Business rankings within the next three years. Taxpayers are getting milked

Consistent revenue shortfalls, alongside new commitments such as fee-free higher education, led to significant tax increases over the past four years.

Since 2015, rates for personal income tax, dividend withholding tax, capital gains tax and value-added tax (VAT) have all been increased.

Notwithstanding these large tax increases, tax revenue as a proportion of GDP has started to decline. Below the gross tax revenues as percentage of GDP. Many municipalities are far behind on repaying debts At the end of September 2018, municipalities had outstanding debts older than 90 days totalling R24 billion.

The Western Cape had the lowest number of creditors being paid after 90 days, followed by Gauteng and KwaZulu-Natal.

Treasury said between July 2018 to June 2019, 113 municipal councils adopted unfunded budgets, up from 83 the previous year.

“In four provinces – the same ones that have the highest levels of outstanding amounts owed to creditors – more than half of councils adopted unfunded budgets,” Treasury said.