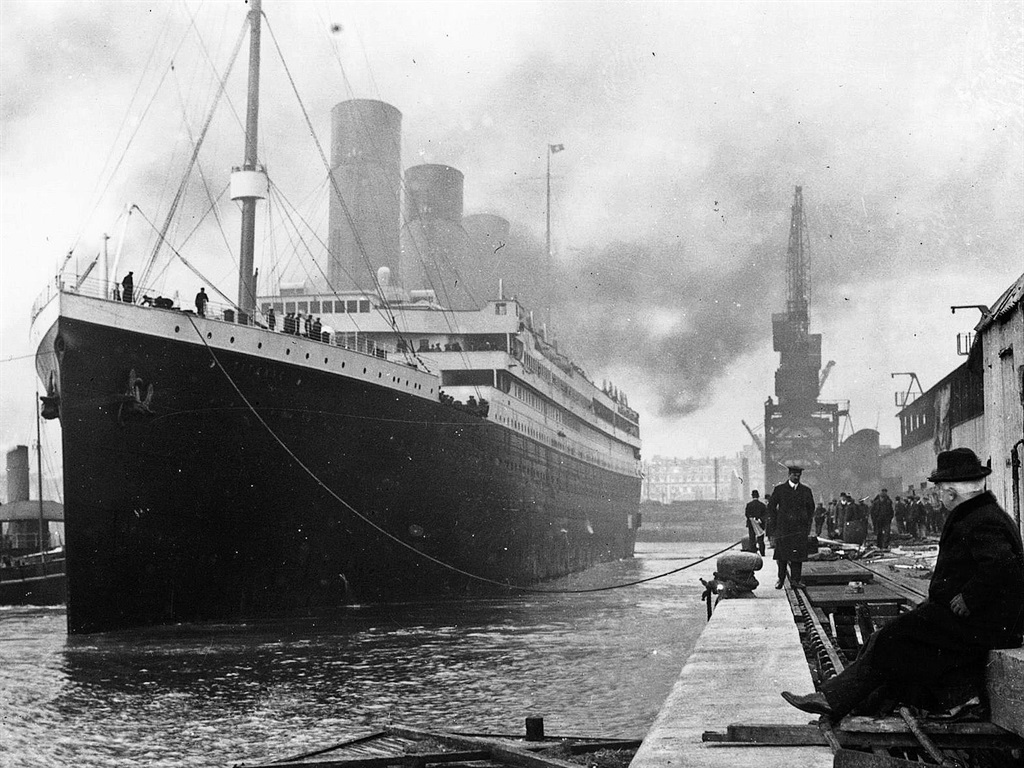 The Titanic is shown moored in Southhampton, England in 1912, prior to its fateful voyage across the Atlantic.
Wikimedia Commons

The ship had been on its maiden voyage to New York City, but hit an iceberg about 640km from Newfoundland.

The wreckage sat undisturbed for more than 70 years until the US Navy discovered it during what was later revealed to be a secret Cold War mission on September 1, 1985. Since then, dozens of manned and unmanned submersibles have visited the Titanic's underwater remains.

In August, divers from the Triton Submarines exploration team filmed the wreckage over a series of five dives; it was the first time people had returned to the Titanic in 14 years.

The expedition captured ultra high-definition 4K footage, which could help researchers create 3D models of the ship, assess the Titanic's current condition, and make projections about its future.

Because the Titanic isn't timeless.

In fact, scientists think the entire shipwreck could vanish by 2030 due to bacteria that's eating away at the metal. The following photographs reveal the Titanic's deteriorating conditions.

"Yes, like all things, eventually, Titanic will vanish entirely. It will take a long time before the ship completely disappears, but the decomposition of the wreck is to be expected and is a natural process," Patrick Laney, president and co-founder of Triton Submarines, told Business Insider. Laney participated in three of Triton's five dives in August.

Since Laney had never visited the wreck before, he couldn't gauge wreck's condition based on personal observations. But many experts agree that the ship looks very different than it did during previous expeditions. Laney said the ship is losing a battle against the elements.

Deep-sea currents, salt corrosion, and metal-eating bacteria are whittling away the wreckage, which lies more than 2 miles under the ocean surface. "The ship has certainly deteriorated just as one would expect a steel vessel to degrade over time," Laney said.

Microbial biologist Lori Johnston told USA Today that much of the deterioration comes from a group of bacteria, named Halomonas titanicae after the ship, which are "working symbiotically to eat, if you will, the iron and the sulfur." When these iron-loving bacteria munch on the steel of the sunken ship, they cause stalactite-like structures to form on the wreck. These rust-colored icicles are (appropriately) called rusticles.

Henrietta Mann, the scientist who co-discovered these bacteria in 2010, told Time that based on this new expedition footage, the Titanic has only 30 years left before it disappears. Mann was not involved in the recent dives, but Victor Vescovo, one of the recent expedition leaders, told Time that "the wreck has been down there 107 years in strong currents and seawater, so it is a matter of not if, but when, the sea will reclaim it in its entirety."

The speed of the Titanic's deterioration increases as the ship's upper levels crumble, Mann said. "If one level deteriorates at the top [of the wreck], it drops to the next one," she added, "which means it … impacts on the lower levels. Damage is done layer after layer."

One such collapse demolished one of the wreck's most famous sections: Captain Edward Smith's quarters. In 1996, the contents of this room on the Titanic's starboard side, including the remains of Smith's bathtub, were easily visible.

Now, the room and the bathtub can no longer be seen — they're lost in the inaccessible depths of the wreck. The Titanic's starboard side was "the most shocking area of deterioration," Titanic historian Parks Stephenson said in a statement.

"Captain's bathtub is a favorite image among the Titanic enthusiasts, and that's now gone," Stephenson added. "That whole deck hole on that side is collapsing, taking with it the state rooms, and the deterioration is going to continue advancing."

The recent Triton submarine footage will be used in an upcoming documentary film by Atlantic Productions. The high-definition footage is intended to allow for augmented-reality and virtual-reality visualizations of the wreck in its current state.

It won't be the first high-tech reconstruction of the Titanic wreckage — this 360-degree panorama went on display in Leipzig, Germany two years ago. But given the rate of the ship's erosion, the panorama is no longer accurate. The 2017 panorama was created by artist Yadegar Asisi and simulates what it's like to be on the ocean floor exploring the ship 12,500 feet below sea level.

For his part, Laney said there was nothing surprising about the condition of the Titanic. "I was pleased to see the ship visibly returning to its elemental state as the ocean consumes the vessel over time while providing refuge for a surprising assortment of marine life," he said.