Subtle ways bartenders get customers to tip more, according to an actual bartender 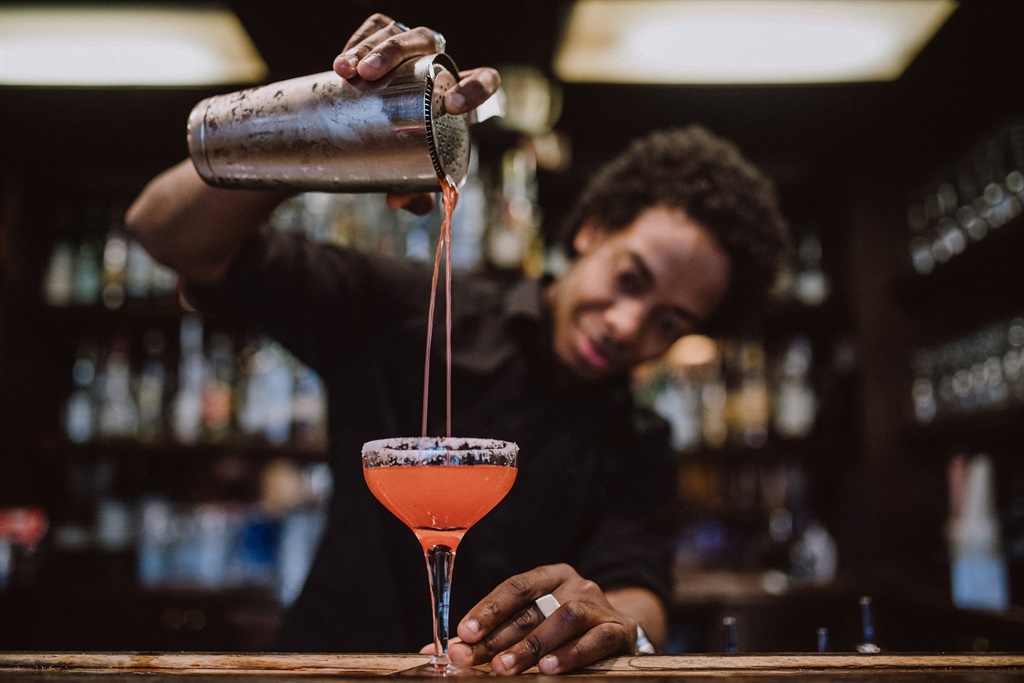 Bartenders don't just cross our fingers that everyone will leave a 20%tip - we do whatever we can to make sure you leave happy.

But we also have a few tricks up our sleeve that you may not realise we're using in order to up our chances of a greater tip.

Here are some of techniques bartenders use to increase the cash we take home.

Getting the bar tab up is bartenders' No. 1 hustle.

So it's worth adding that the common thread in the art of getting you to spend more is the power of suggestion. The big idea - getting your desired outcome from another person by dropping subtle cues.

Here's where this applies to bartending. You want the bar guest to start a tab, rather than close immediately.

You'll commonly hear, "Would you like to start a tab?" after you order. Regardless of your prior intention to close right way, hearing the words "start a tab" out loud might incept the idea in your brain enough for you to go along with keeping your tab open, and thus later, getting another round.

Another more subtle way we use suggestion is to ask, "Would you like to close out, or start a tab?" but slightly shake our head "no" when we say the former and nod "yes" for the latter.

Those same verbal and body language techniques apply to things like encouraging you to buy a certain cocktail or more expensive liquor.

Writing 'Thank you!' on your check is another psychological manoeuvre. Small gestures of gratitude, like writing out the phrase "Thank you!" on the check, are another psychological manoeuvre.

The idea is to create a sense of reciprocal gratitude between us and the guest. The same principle is at work when a restaurant server leaves mints or candies with the check.

We'll 'invent' special cocktails for you that we've already invented You've asked us to make you something special and "just come up with something."

And so we do - seemingly.

The truth is that bartenders never invent drinks on the spot for you. Well, almost never. Because unless we're feeling exceptionally creative, adventurous, and above all else, bored, we're usually just pulling something from our brain's back catalog of drink recipes.

That might be a house cocktail from an old menu or a classic cocktail that's more obscure.

A dearest former manager of mine had an especially devious twist on this. If the guest asked her the name of the cocktail she had "invented," she'd hit them with a little flattery.

Don't feel bad. We've all fallen for this, myself included.

Believe it or not, teasing sometimes works as a strategy to get a better tip. Back-handed compliments, as I'm told, are a pillar of pickup artistry.

Perhaps it's fear, intimidation, or simply wanting to feel liked, but a common technique to get better tips involves lightly teasing the guest.

It never occurred to me until talking about this with my fellow bartenders that I realised I do this in subtle ways.

For example, when a guest feels like they're being too needy and expresses that, I'll often say, "Don't worry. You're in the minor leagues of needy people I've dealt with today."

Whether I genuinely dislike or like a guest, I don't really show it. And research says that's OK when it comes to my tip.

In my experience, there's one big problem with being overly nice. Because it's not my general modus operandi, the fakeness makes me wince, and it shows all over my face.

That's why I always act like my normal self - awkward and aloof.

Sounds like a bad strategy for a service industry worker, right?

As it turns out, a server's demeanour has little to no influence on the tip percentage they receive, as suggested by an NPR experiment.

And bartenders sometimes delegate customers based on who they predict will tip which bartender the most.

Like a good nerd, I've taken a highly academic approach toward figuring out how to maximise my tips.

Many academic studies point to one big tipping factor. In general, customers tip servers of the opposite sex better than they would servers of their own sex.

That's a caveat that can best be harnessed at a bar where the staff pool their tips into one big mosh pit.

Rather than claw over each other to grab any customer that we can get, we delegate, and grab the guests that play to our strengths, sending the others to a bartender better suited to get the best tip possible.

Unfortunately, this also means that I endure getting asked multiple times if I "know how to make an Old Fashioned," a question men often ask women behind the bar, but not other men.

But all's fair in the name of getting a better tip.

We also use our collective power to stop serving those who aren't tipping. You can bet that word gets around fast if a guest consistently doesn't tip over the course of multiple visits to the bar.

We let each other know so that non-tippers slip through the cracks.

Eventually, they learn that they have to tip to get service - or get service in a timely manner, at least.