Earlier this year we tried local app Timon for plumbing advice, paying R50 for a text chat that, all things considered, didn't work out that well.

Timon has since had a major update, and now offers voice conversations rather than WhatsApp-style interaction: a real life expert – or celebrity – on the other end of the phone, as long as you are willing to pay for the privilege.

Voice chats are typically twice the price of a text chat, so you will pay R200 for 3 minutes on the phone with musician Jack Parow, but will get 6 minutes of his time for text messaging for the same price. For half that price you can chat to London-based political columnist Simon Lincoln Reader, and a handful of subject-matter experts come in at prices around R50 for a 3-minute conversation – or as long as you like, billed in 3-minute intervals.

The experts we found included a forex trader, a rugby coach, a restaurant critic, an immigration specialist, and a veterinarian. It was a hard choice, but we finally settled on a scientist that may just help keep us out of jail some day, in a strictly theoretical kind of way.

This is how we paid R100 to learn how to destroy DNA at a crime scene.

Timon is a quick 12MB download from the app store. Setup takes a couple of seconds – the first bit, anyway. Once you are in, you are presented with a choice of names you've probably heard before to choose from. If you don't want to scroll through a list of celebrities, the search function is your friend. The profiles of the "gurus" are nice and to the point, so a keyword will get you to the right person pretty fast.

But this is not the part of the interwebs where everything is free. 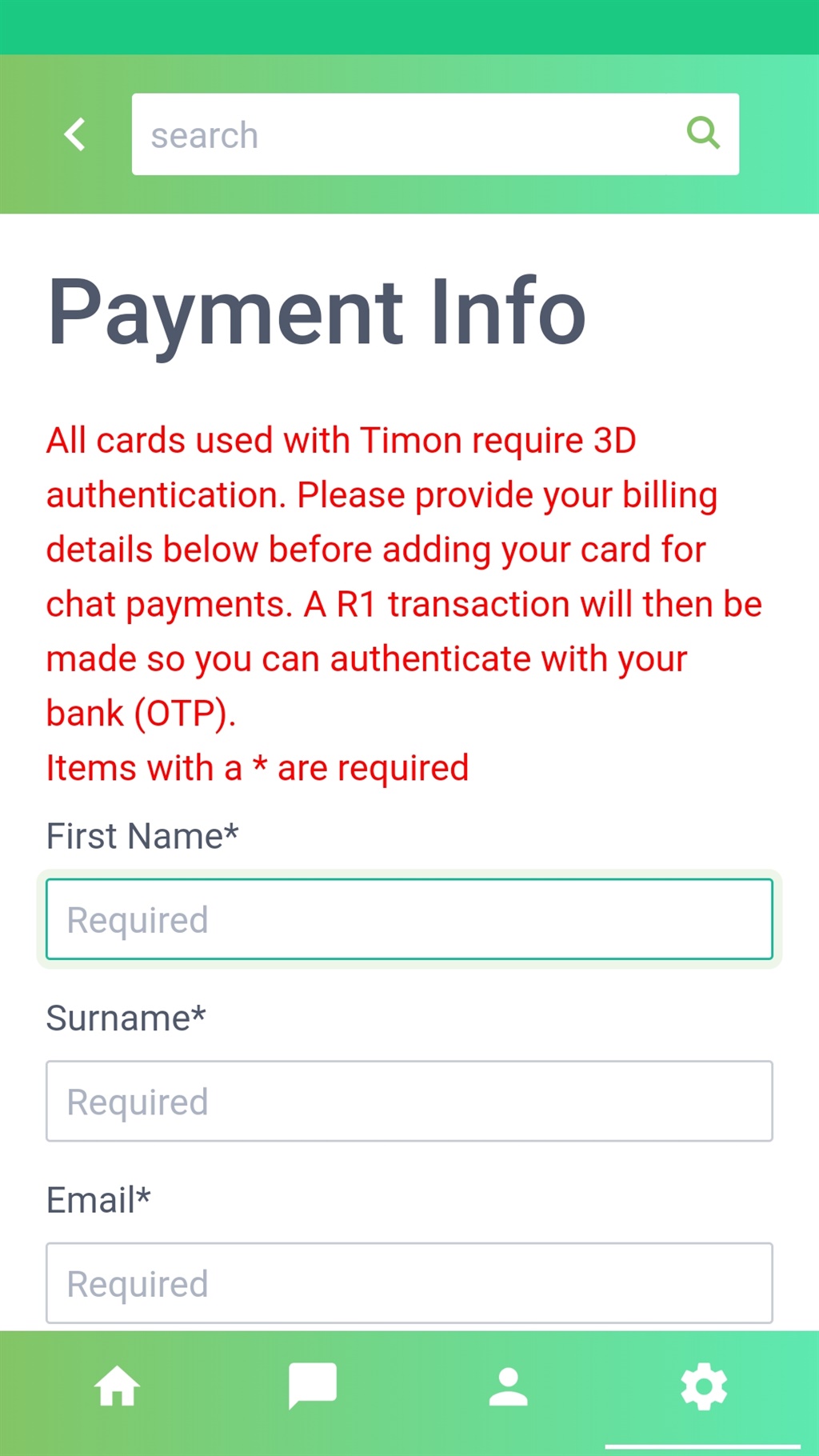 Setting up payment was a bit of a pain. You have to give credit card details to Timon; you can't pay via your Google account or similar. Still, once your card is verified, it is plain sailing.

We were looking for help with genetics and laboratory testing, which was helpfully tagged in Kajal Somaroo's profile. So we gave her a call. The app then sets off to line up the person on the other end. In our case, during office hours, it took just a couple of minutes for Somaroo to respond. Happily, she accepted our unlikely claim that we were just doing research without asking too many questions of her own.

The voice quality of the call was about that of a middling Skype conversation, with a couple of breaks, but fine overall. Our conversation did drop at one point as either our or Somaroo's internet connection hiccuped – and Timon handily stopped the countdown timer so that we wouldn't be paying for dead air.

We had a conversation of 2 minutes and 30 seconds during which Somaroo told us she hadn't received any voice requests on Timon yet, but was looking forward to helping people with their questions on genetics and lab work.

She also told us – entirely theoretically speaking – how to destroy DNA at a crime scene. The short version: bleach, lots and lots of bleach.

Related Links
We got plumbing advice from a new app that connects you with SA experts and celebs – this is how...
A top YouTuber did a ‘blind’ test to find the very best smartphone camera, and the iPhone lost in...
We tried the new white Amarula vanilla flavour – and two things surprised us
Next on Business Insider
Top hackers are competing to break into a Tesla. The winner gets R9,5m and keeps the car