A timeline of Julian Assange's 6.5-year confinement in a 30-sq.-m. space in the Ecuadorian Embassy in London, where he hung out with Pamela Anderson and hardly saw the sun On Wednesday, May 30, 2012, WikiLeaks founder Julian Assange lost an extradition case to Sweden, where he had been accused of rape.

Facing deportation to Sweden, which he feared would lead him to be extradited to the US on charges of leaking government documents, Assange walked up to the front door of the Ecuadorian Embassy in London on June 19, 2012, and politely asked for political asylum.

From that day until his surprise arrest in London on Thursday, he had not left the 30-square-metre rooms he called home for nearly seven years.

From entertaining fashion designer Vivienne Westwood monthly to binge-watching "The West Wing," here's what he got up to.

June 19, 2012: Julian Assange is admitted to the Ecuadorian Embassy in London after ringing the bell and asking for asylum. Assange was designated 30 square-metres to make a home in by the ambassador. He had access to his own "private quarter" and "a few rooms that he shares with Ecuadorian staff," he told The New Yorker in an August 2017 profile.

One of Assange's friends told the interviewer, "It's like living in a space shuttle."

July 2012: The British filmmaker Ken Loach, hearing of Assange's limited space, sends him a treadmill for him to pass the time on. 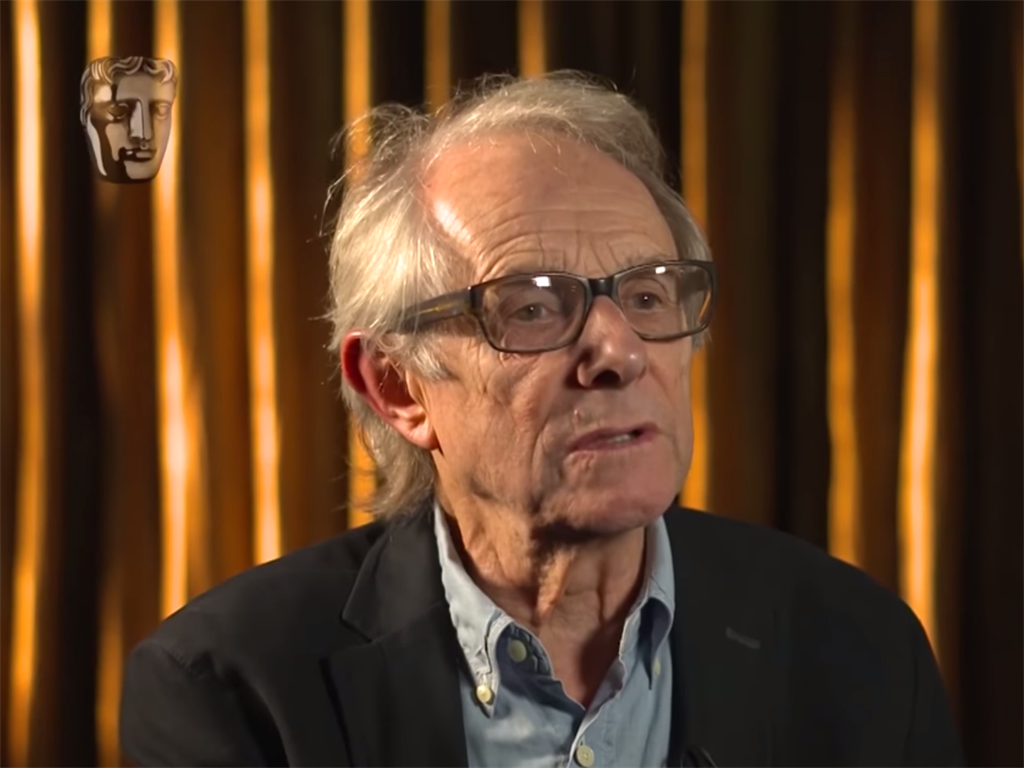 "The machine has now been delivered and Assange is working up a sweat," Rebecca O'Brien, Loach's producer on many films, told The Times.

August 16, 2012: Assange gets his official asylum status approved by Ecuador, and begins his six-and-a-half-year residency as a political refugee.

He told The New Yorker he rarely parted the drapes during the daytime, or stood at the balcony, as he lived in constant fear of raids.

Assange also said he always had a pair of handcuffs to hand in case, so he could physically secure himself to the Ecuadorian consul if needs be.

In the year before entering the embassy, Assange spent 50 hours in interviews with biographer Andrew O’Hagan, but got cold feet and attempted to scrap the proposed book. Canongate, the book's publisher, released it anyway and Assange spent the first months in his new home in a dispute with them. September 2012: "I miss many things, going to the shops, or out to eat with friends," Assange tells the Daily Mail. "I miss an open horizon, putting my toes in the sea, going fishing, climbing a mountain."

Assange spent much of his time trying to find a solution for the lack of natural light.

"I have a blue sky-light frequency lamp which mimics blue sky shining up to the ceiling. I have to have it on a timer or I am like a battery hen, I stay up all night working," he told the Daily Mail. He took charcoal capsules and vitamin D pills to minimise the effects of his life behind walls.

October 2012: The first of Assange's celebrity acquaintances, Lady Gaga, pays a surprise visit to the embassy. The reason for the visit remains a mystery.

November 2012: Assange starts to experience a chronic lung condition as a result of all the time spent inside, Ecuador’s ambassador to the UK, Ana Alban said.

October 2013: Amid the release of a new film depicting his life, Assange outright refuses to meet Benedict Cumberbatch, the actor portraying him. 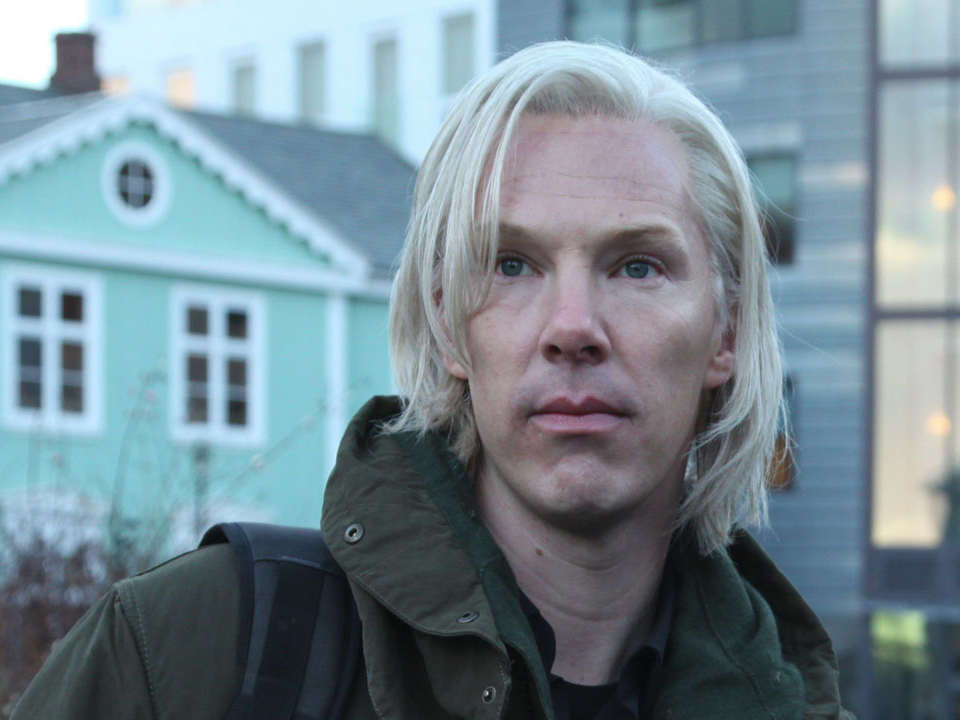 December 2013: Assange meets with political thinker Noam Chomsky and pops out onto the balcony for a photo opp. Chomasky lamented Assange's living situation: "At least if you're in prison, you can see other prisoners, and you can get out and look at the sunshine now and then." The Rev. Jesse Jackson speaks to protesters outside the Starbucks annual shareholders meeting at WAMU Theater in March. (Photo by Stephen Brashear/Getty Images)

In 2015, Assange says his stifling lifestyle has rendered him depressed and anxious.

Assange was visited by a "specialist on isolation and trauma," The New Yorker reported. He had become messy and told the specialist "his landscape was becoming a blur".

"The walls of the embassy are as familiar as the interior of my eyelids," he said. "I see them, but I do not see them." He told The New Yorker he often suffered from depression and anxiety.

Assange said he often stays awake for 18, 20, or 22 hours at a time, until he collapses from exhaustion. She declared: "He knows more about what's going on in the world than anybody I've ever met. He's incredible." (Source: The Telegraph.)

May 2016: Assange gets a kitten and sets up a Twitter account for it under the handle @EmbassyCat. He called it "Michi," an Ecuadorian word for cat.

Assange spent a great deal of time dressing the cat up in bow ties.

The American documentary filmmaker Michael Moore played with Assange's cat when he visited. The Twitter account named him: "Meowchael Moore."

After visiting Assange, Moore said: "He has been holed up in this embassy here. This is not an apartment building. This is a tiny little office on one little part of this one floor in this building and it's just wrong.

"I just came out from visiting him for a couple of hours, and I have to say this is absolute madness that this individual who is responsible for informing us the American people of the lies that our government told us." In 2012 Assange granted the Daily Mail a tour of his home. "The studio room has space for little more than a mattress on the floor," they wrote. "A rickety shelving unit and a small round table with leatherette chairs."

In an article for The Guardian, Sondra Crosby from the Boston University's school of medicine examined Assange, and wrote: "His continued confinement is dangerous physically and mentally to him and a clear infringement of his human right to healthcare."

March 2018: Assange's internet connection is cut off after he breaches a commitment "not to issue messages that might interfere with other states".

October 2018: It emerges "Baywatch" star Pamela Anderson and Assange are great friends and confidants. She has been visiting him since October 2016. Anderson told The Hollywood Reporter: "We talk about everything."

"It's not just about politics, even though I do take a lot of notes and it's so overwhelming, the information he gives me.

"He's cut off from everybody. The air and light quality is terrible because he can't keep his windows open and he can't get any sunlight.

"Even prisoners can go outside, but he can't. I'm always bringing him vegan food, but he eats very simply."

Throughout his near seven-year stay, Assange ate food obtained carefully and in secret. One of his favourite dishes? Seafood linguine.

"It has to be brought in discreetly," Assange told The New Yorker. "If it is all from the same place, it is a security risk."

"I don't want to sound paranoid. The embassy has security staff, and they have concluded that it is too dangerous."

Assange biographer Andrew O'Hagan wrote that Assange doesn't use cutlery and eats hot food such as baked potatoes with his hands.

"People in magazine articles say he doesn't eat, but he had three helpings of lasagna that night and he ate both the baked potato and the jam pudding with his hands," O'Hagan wrote in an article published by the London Review of Books.

While he couldn't go outside, Assange did have access to a TV during his six and a half years in the embassy. He said he loved to escape by watching "The Twilight Zone" and "The West Wing" religiously. Related Links
The weirdest-ever anecdote about Julian Assange claims that he doesn't like cutlery, and eats hot...
Julian Assange arrested by UK police after Ecuadorian embassy revokes his asylum
Ecuadorian officials deny WikiLeaks' claim that Julian Assange is about to be kicked out its...
Next on Business Insider
China rebuts NASA chief's claim that the country is trying to land on and occupy the moon