A look inside the daily routine of Apple CEO Tim Cook, who wakes up before dawn and gets up to 800 emails a day So what's the story of the man currently running Apple?

Since taking the helm of the tech giant in 2011, CEO Tim Cook has established himself as a private individual, more focused on discussing Apple than his own life. Still, we can piece together some clues about his daily schedule.

Here's a look inside the typical routine of Apple's CEO: According to USA Today, he usually rises at 3:45AM. Once he's up, he gets to work reading through some of the 700 to 800 emails he gets every day. He once told ABC that he's "a bit of a workaholic" who reads "the majority of those" messages. 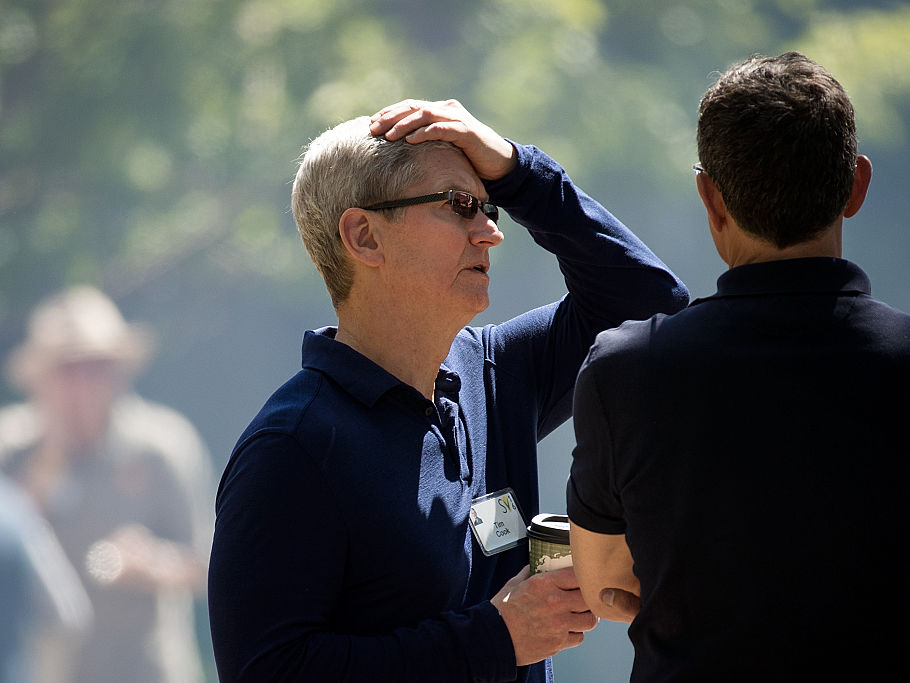 Next, Cook hits the gym around 5AM. The CEO doesn't work out on Apple's campus, however. He prefers the privacy of an outside gym. The Apple CEO is mum about most of his hobbies, but it's reported that he takes fitness seriously. He's credited his Apple Watch with helping him keep in shape and even lose weight.

It's not clear whether or not Cook enjoys a regular breakfast, but he dug into scrambled egg whites, sugar-free cereal, and unsweetened almond milk during a sit down with New York Times reporter Andrew Ross Sorkin. When it comes to his work, Cook is reportedly collaborative and a good listener, according to TIME. Cook also has a reputation as a demanding boss. Business Insider reported that the CEO is known for his "no-mercy" style. He reportedly hosts marathon meetings, questions everything, and emails employees "at all hours."

That doesn't stop Cook from occasionally grabbing lunch with random Apple workers in the company's cafeteria, though. In addition to being at work early, Cook has previously said he's one of the last ones to leave the office, too. When it comes to what he does outside of the office, the "intensely private" Cook prefers to keep things quiet, according to Fortune. It is known that he enjoys spending time outdoors, often hiking and riding his bicycle in his free time. It's reported that Cook likes to catch seven hours of shut-eye a night, meaning that he has to turn in by 8:45PM to get enough rest before his early wake-up.