TikTok reveals what it's like to take out the rubbish in South Pole, where it's dark for 6 months 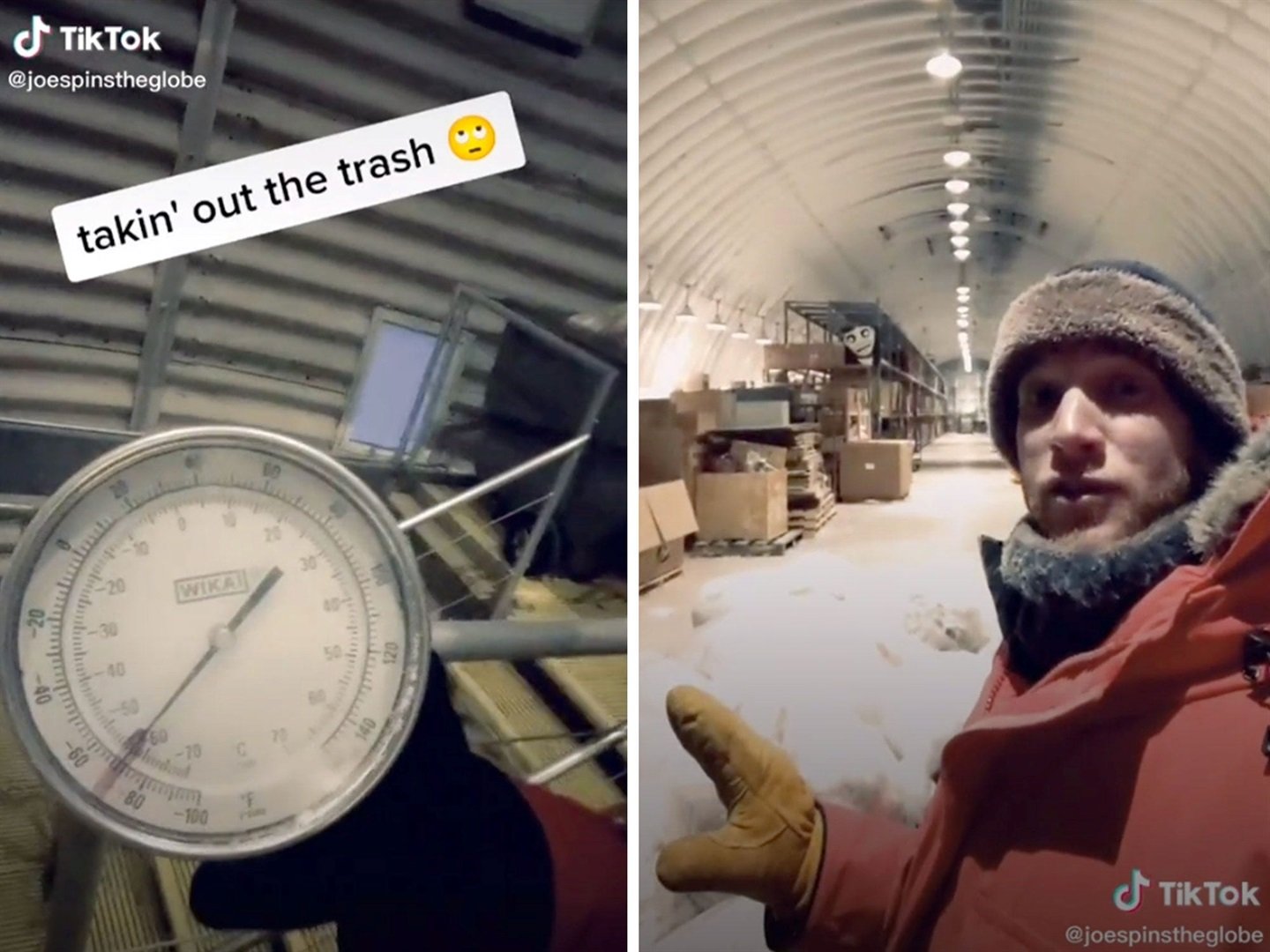 Taking out the rubbish can be a hassle for anyone.

But when you live in Antarctica, where it's dark for six months out of the year and temperatures can reach -56 degrees celsius in April, it becomes a mini-expedition.

In a TikTok video posted on 5 April, traveller and physician assistant Josiah Horneman (who goes by @joespinstheglobe on TikTok) revealed the exhausting, multi-step process. His videos on life in the coldest place on earth have already been liked over three million times since he joined TikTok in April.

Horneman is one of 40 people living in Antarctica's Amundsen-Scott South Pole Station. He told Insider that he helps run the station clinic with the doctor there.

Located near the southernmost point on earth, the station is completely isolated between mid-February and late October because extreme conditions make air and overland travel impossible, according to the South Pole ASMA website.

Compared to his routine at home, waste disposal is a much more involved process at the station, he told Insider.

Horneman's video starts with a close-up of a temperature gauge: "Woo -70 (fahrenheit), pretty chilly right?" he says, his breath visible in the cold air.

Dressed in a fur-lined hat, thick yellow mittens, and heavy-duty red parka, Horneman opens a large metal gate and pushes a bin full of rubbish into a cargo-only lift.

He pushes the lift button, walks down seven flights of stairs to a lower level beneath the snow called "the logistics arch," and then removes the rubbish from the lift and separates it into recycling, landfill, and sanitary waste.

But taking out the rubbish doesn't end there. Horneman says that his team has to compact it into pallets, which are stored down there until the summer when the temperatures are high enough to remove the rubbish from the station.

Once temperatures rise, Horneman told Insider there are only two ways to get the rubbish out of there: fly it out, or place it in specialised sleds and haul it via tractor for 1,657km over snow and ice to the McMurdo Station, the operations base for the US Antarctic Program.

Per the Antarctic Treaty, all waste generated on the continent must be removed, and the rubbish eventually makes its way to a waste management system in New Zealand, Horneman told Insider.

"We are officially the most isolated group of humans in the solar system," Horneman said in his first TikTok video posted on April 1. "It is literally easier to get home from the International Space Station than it is from here at this point."

The silver lining to temperatures is that the stench from the rubbish buildup doesn't get too bad, despite bags of it sitting there for months on end, Horneman told Insider.

Plus everything is double-bagged to prevent spills, and food waste is triple bagged, he said.