Inside the rise of TikTok, the viral video-sharing app that US officials are threatening to ban In just a few years of its existence, TikTok has become a staple of internet culture and social interaction for Generation Z. The app has surpassed 2 billion all-time downloads, according to app analytics firm Sensor Tower, thanks to its flurry of short-form videos where users participate in viral challenges, lip sync and dance to music, show off comedic skits, and share their hot takes on society at large.

But TikTok's rise into the mainstream - especially in the US - has also led to increased scrutiny. TikTok is owned by the colossal Chinese company ByteDance, a connection that's raised concerns about how much access and influence the Chinese government has to user data and content moderation. To appease concerns, ByteDance recently appointed a new CEO for TikTok, Kevin Mayer, an American ex-Disney streaming executive who is now based out of TikTok's Los Angeles offices.

Nonetheless, the Trump administration hinted last week it was considering banning TikTok in the US. Rising calls to take action against the app in one of its biggest markets could mean trouble for TikTok's future and the millions of users loyal to its content.

Here's how TikTok rose to become a social network loved by teens and scrutinised by US authorities:

To trace the history of this incredibly popular short-form video sharing app, it's important to note that TikTok didn't start as TikTok, but as two distinct apps that eventually merged: Musical.ly and Douyin.

Musical.ly was a short-form app where users could create and share 15-second lip sync music videos. It was founded in 2014 by Alex Zhu and Louis Yang. Musical.ly was originally intended for short-form educational videos, but Zhu said that idea was "doomed to be a failure." Meanwhile, in September 2016, short-form video app Douyin launched in China. Short-form video creation was nothing new for China's market, but Douyin's popularity skyrocketed. Within a year, Douyin had 100 million users and 1 billion video views each day. In September 2017, Douyin expanded outside of China to select international markets under a new name — TikTok. The platform quickly rose to the top of the charts in Thailand, Japan, and other Asian markets. As TikTok started to gain traction globally, Musical.ly was taking over the United States. In November 2017, Douyin's parent company, ByteDance, purchased Musical.ly in a deal valued at $1 billion. ByteDance first operated the two short-form video apps as two separate platforms: Musical.ly in the US, and TikTok in other foreign markets.

Less than a year later, in August 2018, ByteDance announced it would shut down Musical.ly and merge it into TikTok. All Musical.ly profiles were automatically moved over to the TikTok platform. "Combining musical.ly and TikTok is a natural fit given the shared mission of both experiences - to create a community where everyone can be a creator," Musical.ly cofounder Zhu said at the time.

Since the merger, TikTok's popularity in the US has skyrocketed. TikTok has now has more than 400 employees in the US alone, led by US general manager Vanessa Pappas. ByteDance is run by CEO Zhang Yiming, who founded the company in 2012. Zhang's name is relatively unknown outside of China, but the 37-year-old CEO comes from a background in software engineering and is worth an estimated $16.2 billion (R272 billion), according to Forbes. Since 2012, ByteDance has expanded as an umbrella company for several popular Chinese social apps. In 2019, ByteDance released a WeChat-competing chat app called FlipChat, and a video-messaging app called Duoshan.

ByteDance is now worth $75 billion (R1.2 billion), making it the most valuable private company in the world. It's received investments from some of the biggest VC firms globally, including SoftBank, Sequoia Capital, and General Atlantic. 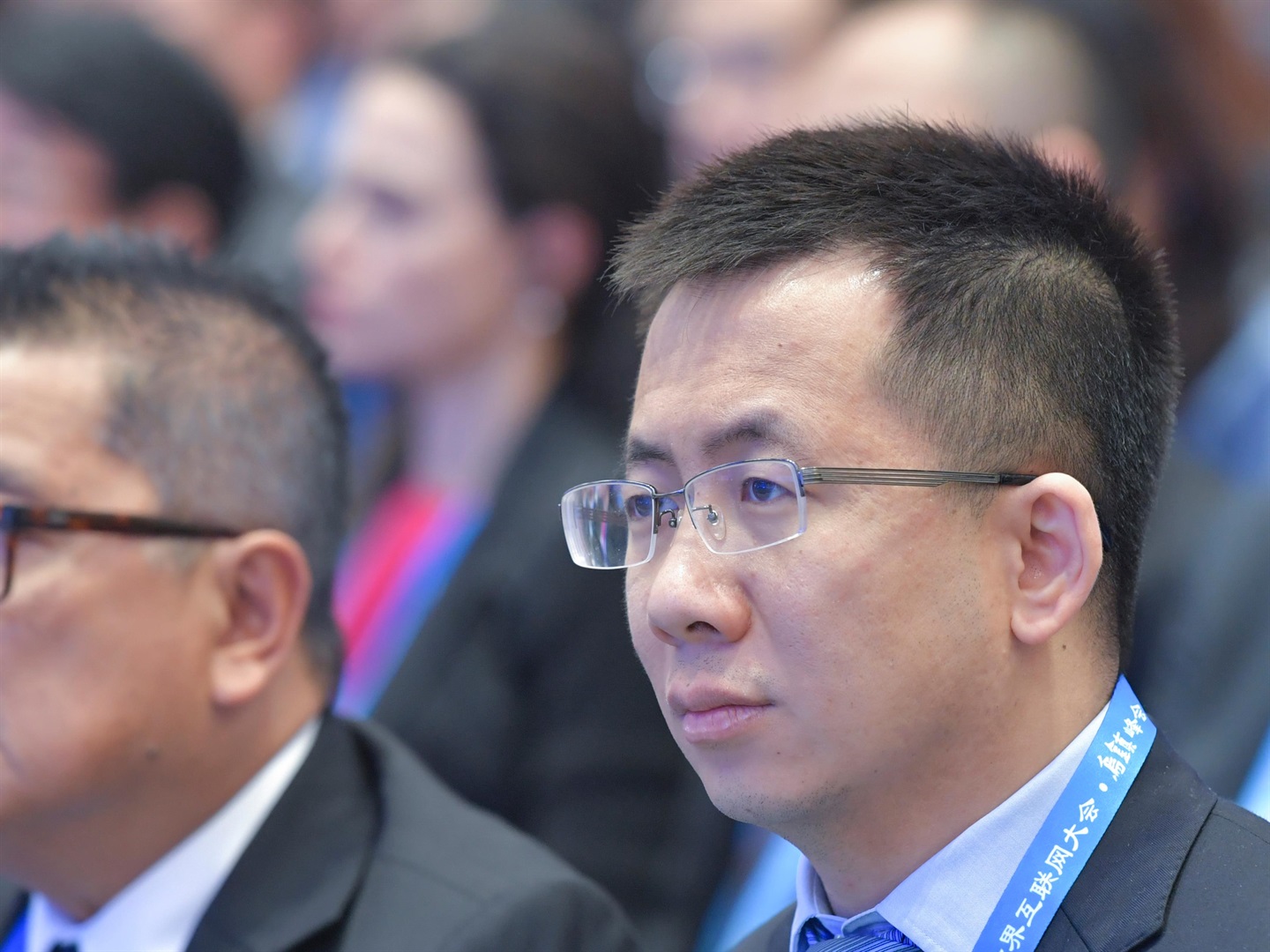 TikTok is quickly gaining ground in a social scene largely dominated by powerhouses like Facebook, Instagram, and Snapchat. Worldwide, it's become home to viral challenges and spawned internet memes, and has become particularly popular among Generation Z. Because of TikTok's music-centric set-up, TikTok has become a launchpad outside of the traditional industry for budding artists who have seen their songs go viral for uses in dances and challenges on the app. That includes Lil Nas X, whose song "Old Town Road" was used for countless videos and memes on TikTok ahead of its ascent to the top of the Billboard charts.

TikTok has also become the newest platform to turn regular users into viral sensations and successful influencers. The No. 1 star on all of TikTok is currently Charli D'Amelio, a 16-year-old who ascended to the top less than a year after first joining the platform. TikTok's popularity has skyrocketed not only in the US, but around the world, in countries like India and the UK. Following a popularity boost during the coronavirus pandemic, TikTok surpassed 2 billion downloads worldwide in April across both iOS and Android devices, according to app analytics firm Sensor Tower. But the rising popularity of TikTok has also come with some controversy, due to its ties to China via ByteDance. TikTok has found itself in the crosshairs of US lawmakers, who have raised national security and privacy concerns over ByteDance's ties to the Chinese government.

The US government started investigating the app in November 2019 after pressure from lawmakers. Officials have raised concern about how TikTok handles and stores user data, leading to some government entities to ban the app from their employees' government-issued phones.

The app's young user base has also gotten it in trouble with children's privacy officials. TikTok paid out a $5.7 million (R96 million) fine to the Federal Trade Commission in 2019 over allegations it illegally collected personal information from children under age 13 without parental consent, in violation of the Children's Online Privacy Protection Act.

Per the FTC settlement, TikTok promised to delete existing data it had on young users and change its practices to adhere to COPPA. However, earlier this year, privacy and child advocates accused TikTok of breaking the terms of the FTC settlement by failing to delete videos and other content obtained illegally, and failing to alter policies.

As a result, the FTC and US Justice Department are now looking into allegations it failed to live up to its 2019 agreement.

TikTok has also faced allegations it censors content on the platform. The Guardian found TikTok had previously removed political content that would anger the Chinese government, brought on by the suspicious absence of videos of the Hong Kong pro-democracy protests in 2019. TikTok has denied it censors content on requests from any "foreign government," and has said that none of its moderators are based in China.

Media outlets have also uncovered TikTok policies that had censored 'culturally problematic' content — including videos featuring vaping, so-called suggestive dancing, and social issues. TikTok was also found to have limited the reach of and censored videos from disabled, queer, and fat creators. It's still unclear what policies TikTok uses to moderate its content today. TikTok has said that it no longer adheres to these policies when monitoring content.

Amid increasing scrutiny from the US, TikTok has tried to distance itself from its Chinese roots. On June 1, ByteDance appointed Kevin Mayer, an ex-Disney executive, to global CEO, based in Los Angeles.

Zhu, the Musical.ly cofounder and former head of TikTok, now serves as ByteDance's VP of product and strategy.

It didn't take long for Mayer to face his first challenge as TikTok's new CEO: India said in June it was banning TikTok and other Chinese apps amid violent clashes with China over a disputed shared border. Mayer had to quickly address concerns from thousands of employees in India, a market making up 30% of all TikTok downloads.

In early July, concerns around TikTok's presence in the US were reignited following comments from President Trump and Secretary of State Mike Pompeo about potentially banning the app. Although Pompeo cited national security fears as a reason, Trump said he was looking to punish China over the coronavirus pandemic. Despite concerns over TikTok, it's unclear whether the app collects any more user data or poses a bigger security threat than any other major tech company that's based in the US, like Facebook or Google. 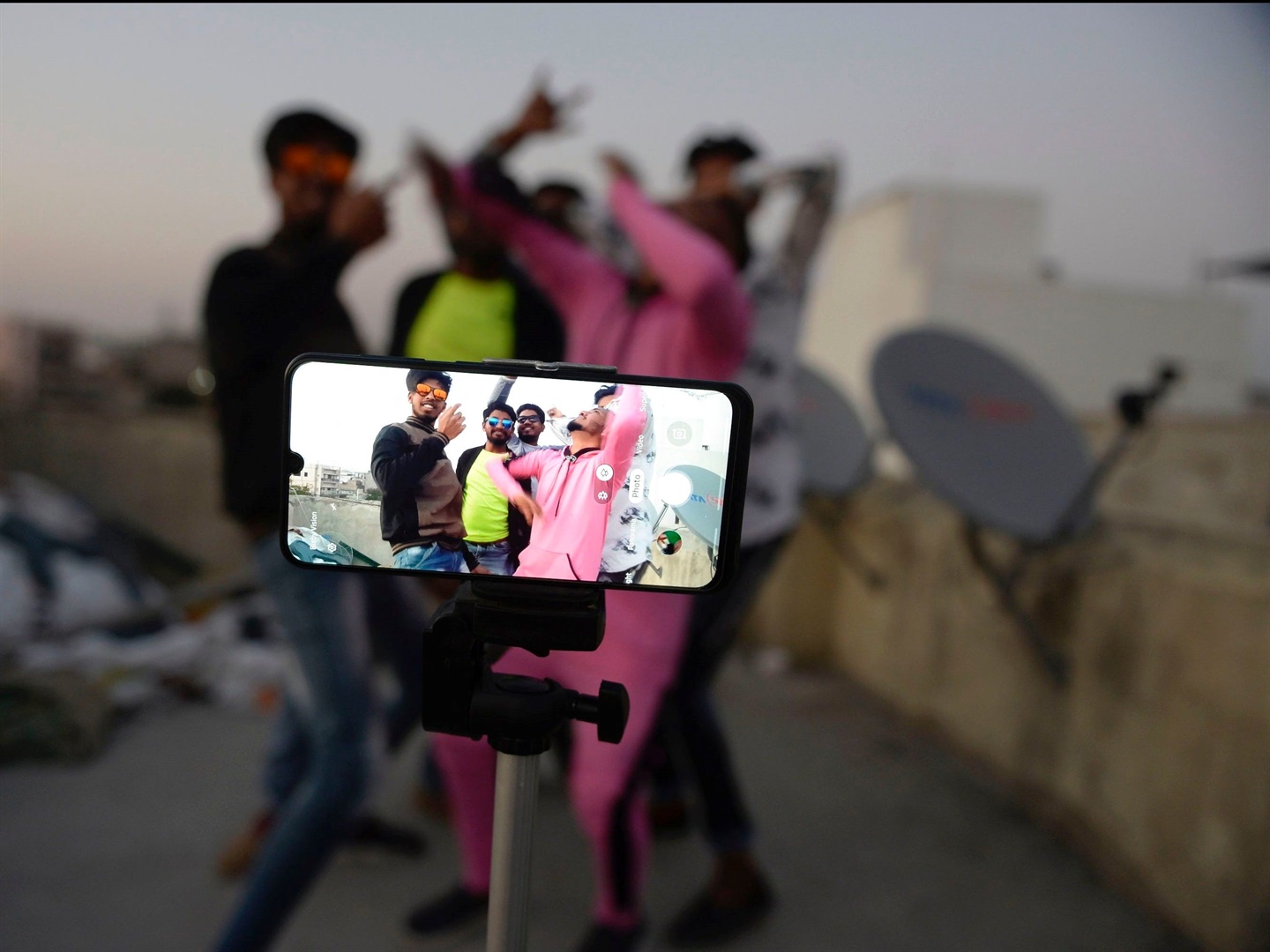 Although the US government hasn't since expanded on any plans to ban TikTok, Trump's comments have led American users to panic and US entities to consider action of their own against the app. US lawmakers have backed calls to ban TikTok, and the Republican and Democratic parties have both warned staff members not to use the app.

Amazon's quick decision on Friday to order employees to delete TikTok from their phones stoked fears that other US companies would follow suit, but Amazon walked back its policy later in the day. At least one big US company has banned TikTok: Wells Fargo.