More than 2,000 people watched a Twitch livestream of a shooting outside a German synagogue on Yom Kippur before it was taken down 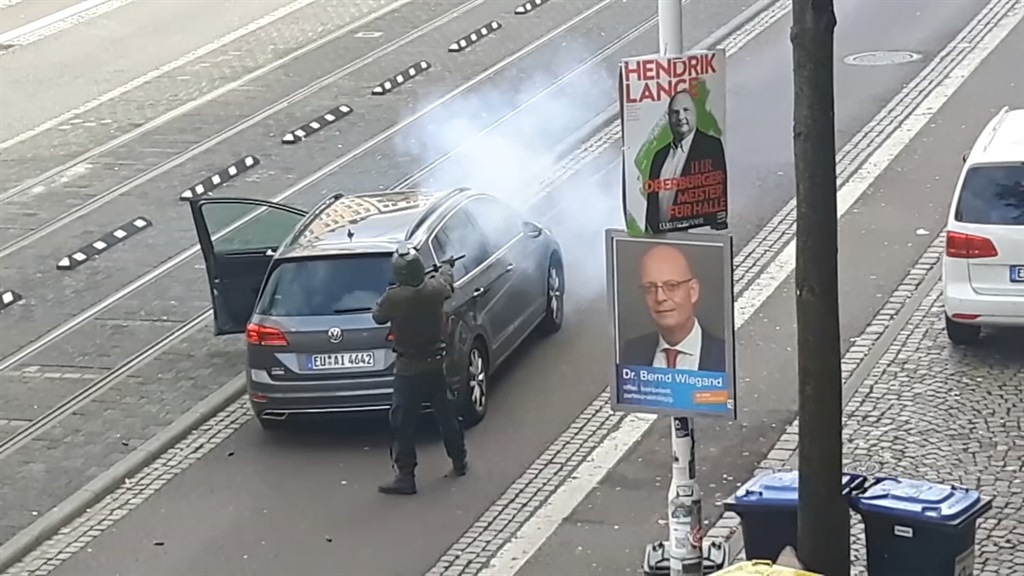 More than 2,000 people watched a 35-minute livestream of the shooting Wednesday outside a synagogue in Germany before the video was taken down, according to the streaming platform Twitch.

The gunman attempted to enter a locked synagogue but was unable to breach the door. He instead shot and killed a man and woman who were on the street. The attack was livestreamed and recorded on a head-mounted camera on the gunman, The Washington Post reported.

In a Twitter thread, Twitch announced they were investigating the video, noting that five people had watched the half-hour livestream as it was happening. Approximately 2,200 people watched an automatically-generated recording of the stream before it was taken down, the company said.

"This video was not surfaced in any recommendations or directories; instead, our investigation suggests that people were coordinating and sharing the video via other online messaging services," the streaming platform tweeted.

The livestream, obtained by The Post via the International Center for the Study of Radicalisation, captured the suspect's anti-Semitic language, including his denial of the Holocaust. He also said that feminism will lead to low birth rates and mass immigration, The Post reported.

"The root of all these problems is the Jew," the gunman said in the livestream, per The Post, which also showed an array of homemade weapons he had before the attack.

Streaming platforms like Twitch have long struggled with how to manage the creation and spread of violent content. In March of this year, the New Zealand shooter who gunned down 49 people at two mosques in Christchurch, used Facebook Live to stream the event. It was later shared in dozens of Reddit groups, and posted on YouTube and Twitter.

Facebook said the Christchurch video was not reported to the site until 12 minutes after it ended, according to a May 2019 TechCrunch article. Similarly, Twitch didn't receive a report on Wednesday's streaming video until 30 minutes after it aired, allowing users to watch and copy it for multiple platforms.

The Christchurch video resulted in Facebook implementing tougher penalties on people who shared and spread the violent videos, but offered few solutions to the issue of violent extremists using the platform to gain fame and attention. Twitch offers similarly strict guidelines regarding the creation and spread of violent and hateful content. But both platforms rely on self-reporting in order to enforce penalties, effectively putting the health of the platform in the hands of its users.

"This is definitely the same modus operandi as Christchurch," a German official told The Post on the condition of anonymity.