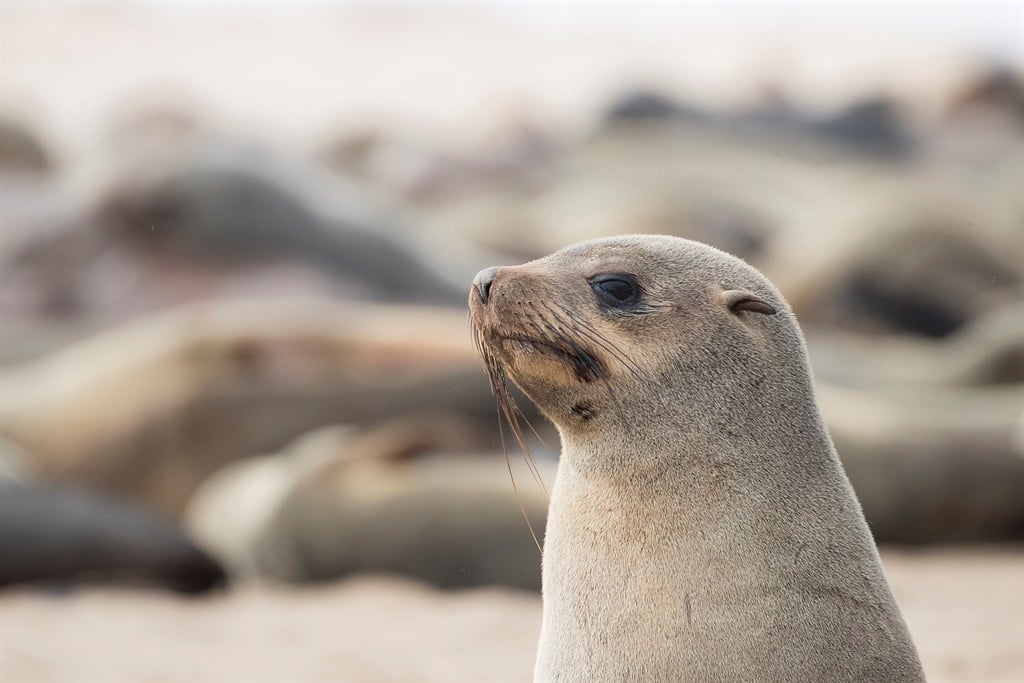 A fur seal at a the Cape Cross colony in Namibia. (Photo: Getty)

More than 7,000 seals are now estimated to have died on a stretch of Namibian beach, a non-profit group Ocean Conservation Namibia (OCN) told Reuters.

This is the situation at Pelican Point, Namibia. All the little red circles mark dead seal pups. A rough estimate brings the numbers to more than 5000 at our seal colony alone. This is tragic, as it makes up a large portion of the new pup arrivals expected in late November. pic.twitter.com/sBwLAGRVM8

Pelican Point usually provides a home to up to 50,000 Cape Fur seals, and every year in November and December females give birth to thousands of pups.

When there is a shortage of food, they will often abandon their young or abort their foetuses, The Guardian reports.

Dr Tess Gridley, director of the Namibian Dolphin Project and a fellow at the Department of Botany and Zoology at Stellenbosch University, told the UK publication that dead pups are usually found this time of year – but that this season's deaths have been far higher than normal.

Also, in recent days, there has been a sharp increase in the remains of female seals which have been found, Naudé Dreyer, a marine biologist at OCN, told Reuters.  He added that while they estimate that more than 7,000 seals are dead, their investigations are based on the Pelican Point, and the real number could be higher.

Footage published by Sky News shows 50 dead fetuses in a stretch of 150 metres on the beach.

More than 7,000 dead seals have been washed ashore on the coast of Namibia.Today's top stories: https://t.co/le4vchymmA pic.twitter.com/SwO4Sgchls

While OCN has previously said that starvation could be to blame – fish populations may have moved away from the area – toxins or diseases have not been ruled out.

Reuters reports that the Ministry of Fisheries and Marine Resources planned to send samples to South Africa for analysis.

A similar mystery recently unfolded in Botswana, where the cause of death of more than 300 elephants confounded experts for many weeks.

In the end, the country’s government blamed the mass die-off on toxins created by algae in watering holes.

Many questions remain, including why only elephants were affected. But with evidence that fits the neurological symptoms observed, of apparently confused elephants staggering about before dying, and cyanobacteria explains why the deaths stopped when seasonal drinking holes dried up.