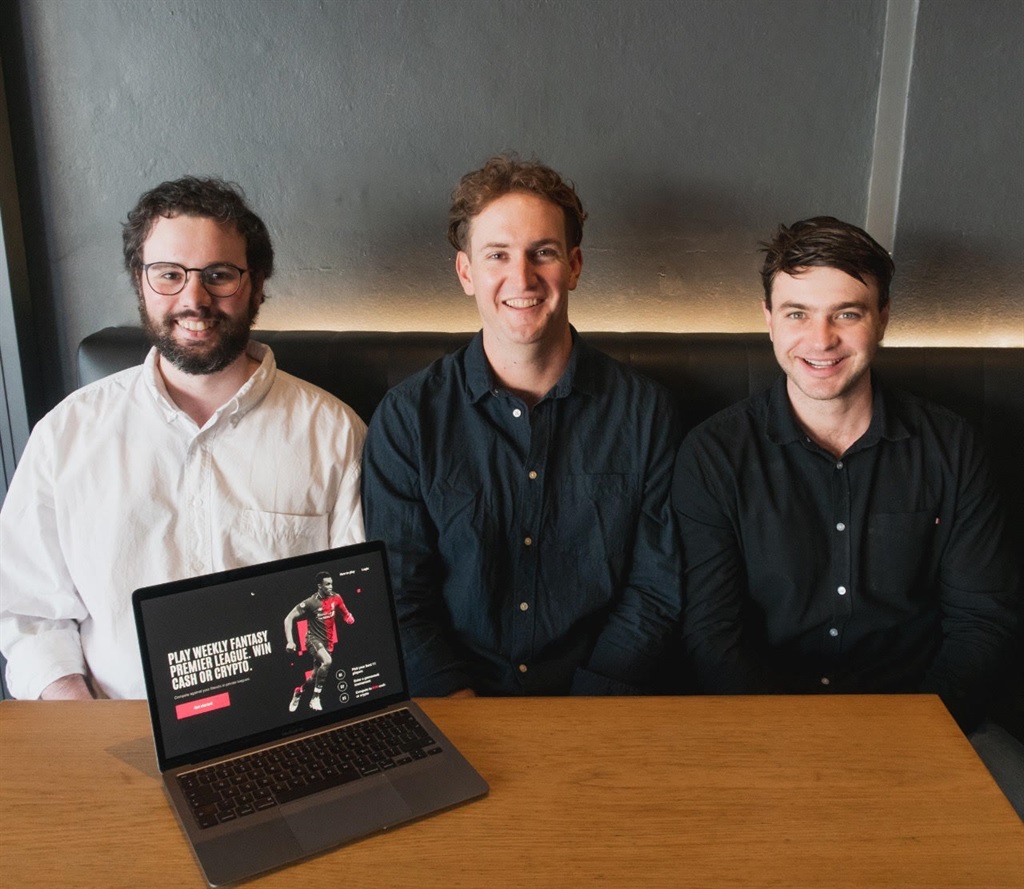 It was midway through watching a football game on television that two friends realised there wasn't much on offer for local fantasy sports fans. And so, while retaining their day jobs, Luke Ente and Michael Aylward decided to build their own fantasy sports platform, FantasyGo.

Together with Roland Kesler and Matt Troost, they started developing a South African fantasy football startup amid the pandemic in 2020 - and upon launch, amassed 60,000 signups in just three months.

The co-founders also had an issue with existing options on the market. Fantasy sports burnout, whereby players lose interest midway through a long season, was a vital issue. And they also saw many people sending money to strangers to participate in leagues.

"We had always played the normal Fantasy Premier League but found the issue that for years we would start the season well but then lose interest," Aylward says.

"We also found that people were entering paid leagues over WhatsApp and sending hundreds or even thousands of rands to someone they never met or knew, which was not secure. So we wanted to build a secure platform to house this issue."

Their goal was to build an audience of die-hard sports fans - and although generating profit is essential, it wasn't necessarily their focus. The company managed to secure R350,000 from two angel investors during a pre-seed round that they used to launch the platform. It will soon be raising additional capital during an upcoming seed round.

At the moment, FantasyGo is keeping the in-house team small with four co-founders and two advisors, but they are looking to expand their staff complement with the start of the new season.

Aylward says the platform was a near immediate success - within three months, they'd amassed a unique user database of 60,000 players. This, he says, was down to "key marketing and partnership strategies" that they implemented early on.

Among these were partnerships with tech firms Flash Group, a vending and voucher app with a wide spaza shop footprint, and Moya, a "super app" that has a strong data-free component. Both companies align well with FantasyGo's goal of targeting South Africa's lower LSM markets.

"Data costs in South Africa are high, and the average person in the lower LSM market cannot pay these costs. So allowing for them to engage on FantasyGo, playing weekly tournaments against their friends and like-minded sports fans, and having the ability to win cash or sponsored prizes is incredibly attractive," says Aylward.

Aylward says targeting younger fans in lower LSM brackets is a component critical to the growth of the business.

"We have seen the numbers. The youth lack the engagement they once got from sports as they move to other activities that keep them engaged. So we know that FantasyGo can bring this to them data-free, which is one of the largest barriers for the audience we are looking to target," he says.

The team is also confident that their approach will change the popular international Fantasy Premier League game format in several ways.

Central to this is a strong South African showing, like including the DStv Premiership so fans of local football can also play. They also reduce the length of tournaments - rather than players needing to stay engaged for an entire season, they can participate in weekend-long tournaments. This means players don't have to dedicate themselves to actively managing the team for extended periods and thus burn out midway through a season.

Initially, players can stand to win between R1,000 and R10,000, funded by FantasyGo, and they are offering a free-to-play option without any cash prizes.

Aylward also believes skilled players can use this to generate some income - and the skill component makes it more attractive than the problematic odds of traditional betting formats.

"The house always wins, and thus we are hoping to level the playing fields," he says. "If one can better their skill on FantasyGo, they have a better chance of winning. We expect tens of thousands of fans to play each week in next season's tournaments. Thus, if our numbers are correct, users could win R20,000 to R100,000 weekly, depending on the pool size and the buy-in."

Related Links
Covid led SA to manage its money better. It also saw us become hustlers and led us to take a gamble
A new invite-only iPhone app lets people gamble real money on matches of 'Call of Duty', 'Fortnite'
A brave fan bet R730,000 on Phil Mickelson to finally win the US Open, and the legendary lefty...
Next on Business Insider
300 employees at TikTok and parent company ByteDance worked in Chinese state media, LinkedIn analysis