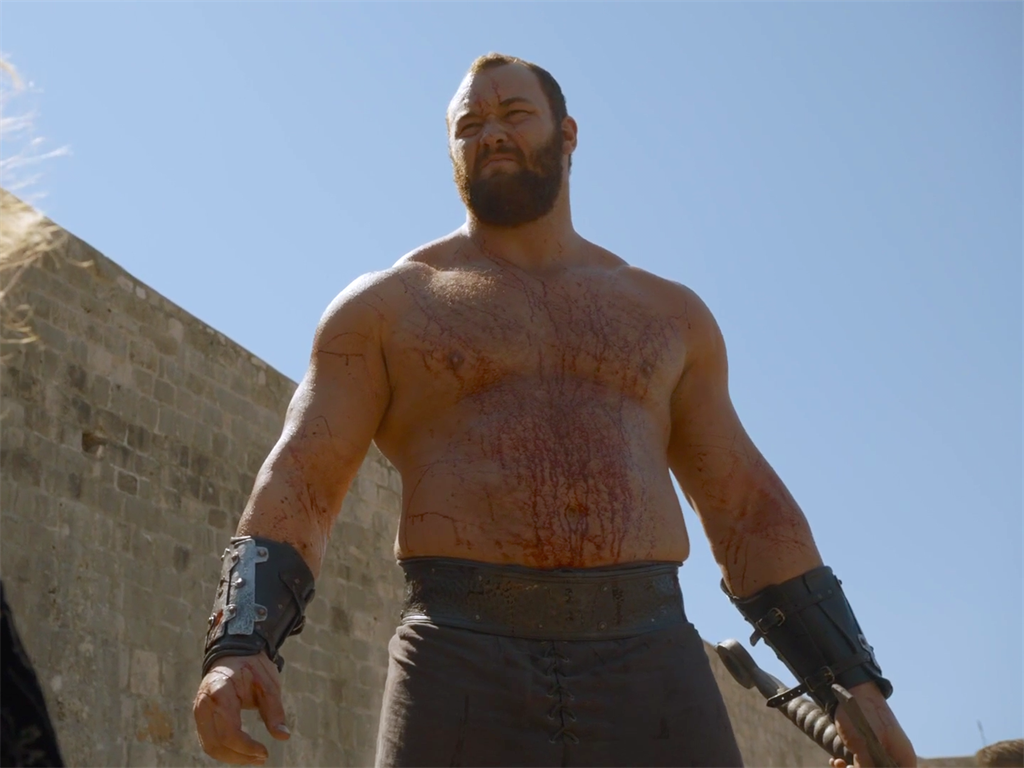 Read more: 'Game of Thrones' actors cried over all the deaths when they first read a script for the final season

Now people cannot get enough of a photo shared of Björnsson holding a regular coffee mug that looks positively tiny in his hands.

On Friday morning, Björnsson posted a photo on Instagram of him and his wife, Kelsey Henson, holding what appears to be mugs of hot chocolate with whipped cream on top. While Henson's cup appears pretty normal (if maybe a bit on the small side), the mug in Björnsson's hand looks like an optical illusion.

Read more: There's an animal hiding in this optical illusion, but you have to shake your head to see it

The picture was shared to the "Absolute Units" subreddit where over 40,000 people upvoted the image in one day.

His Instagram post was bombarded with comments from fans who can't believe the mug looks effectively like a shot glass or a cup from a dollhouse tea set.

"That mug looks like a thimble in your massive paw," one person wrote.

"Thought that was a miniature mug until I saw the mug your other half is holding lol," another said.

The "Game of Thrones" star is no stranger to people reacting strongly to his size online. Photos of him and his wife (who is 48 cm shorter than him) have gone viral, similar to a memorable photo of basketball legend Shaquille O'Neal and his ex-girlfriend Nikki "Hoopz" Alexander.

Björnsson will appear on the coming eighth and final season of "Game of Thrones," which premieres Sunday, April 14 on HBO.