South African house prices could get a much-needed push following the election, if history is anything to go by.

In the months after a general election, house prices have generally accelerated, says Dr Andrew Golding, chief executive of the Pam Golding Property group. This is borne out by his group’s index of national house prices, which shows that, over the past 25 years, house prices have always followed an upward curve following an election.

“The degree of acceleration was impacted by various external factors existing at the time, such as the global and local economies, interest rates, the state of household finances, consumer confidence and the availability of credit from financial institutions,” Golding adds.

Below are graphs tracking the Pam Golding Residential Property Index, which reflects house price growth. The red lines indicate election dates, and the graphs are accompanied with the election results of each year. 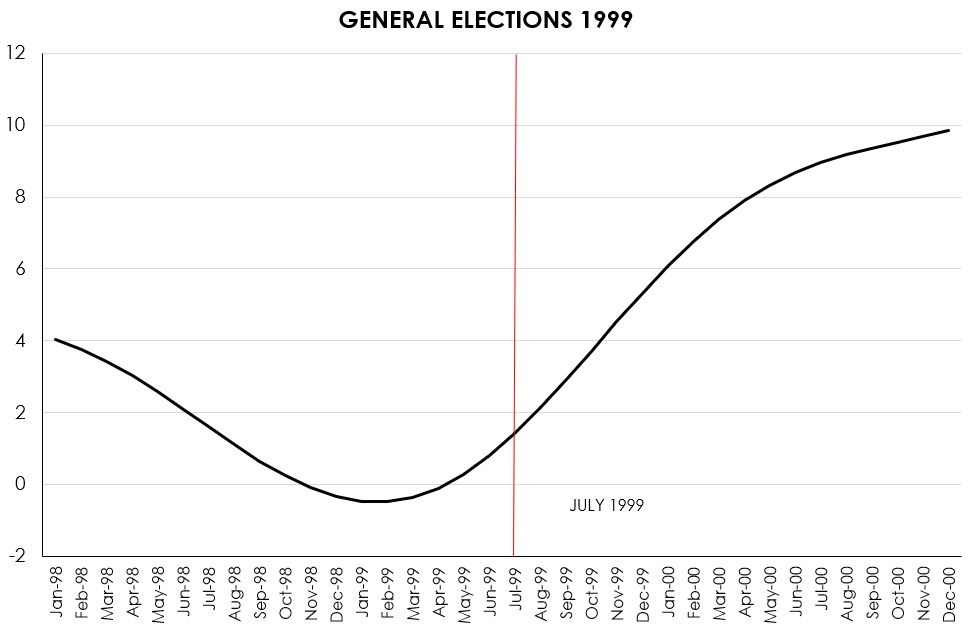 Unlike in any previous election year since 1994, house price growth is on a downward curve in South Africa - which could provide a serious test of the historical precedent.

And while Golding expects house prices to rebound following a "favourable election", he cautions that it may only be seen later this year - after the seasonally quiet winter months.

"It is fair to say that the post-election environment is likely to be better for the property market – it is just a question of how much better it is. Will there be some market-friendly reforms introduced? Can SARS start collecting more revenue, thereby easing pressure on the already over-burdened tax-paying public?"

A recent survey among professional investors by the research group Intellidex shows that almost 63% of the participants expect that if the ANC wins by a large enough majority, that will give president Cyril Ramaphosa a mandate to push through economic reforms – and that this will give the rand and shares a boost.

And for those who believe in this “mandate threshold”, the magic level that will trigger a rally seems to be 58.3%. If the ANC secures more than that in the national vote, they expect the rand, bonds and shares will rally.

A strong rand will help curb inflationary pressures and prevent interest rate hikes, which will help the property market.

State of the property market

The latest numbers from the property research group Lightstone shows that national house prices grew by 3.4% in the year to end-march.

The Western Cape (+5.8%) continues to outperform, while Ekurhuleni, Tshwane and Johannesburg house prices grew by between 2% and 4%. Coastal municipalities are generally performing above this range.

Looking ahead, household incomes are likely to remain under pressure in the short term - particularly with continued petrol price hikes (and with the introduction of a carbon tax in June), says Golding.

But with a large percentage of renters and buyers being newcomers to the market, the lower end of the market should continue to hold up well relative to other sectors of the market. Smaller sectional title properties will also perform better as a result (thanks to students, first-time buyers and down-scalers), he expects.

There is also a significant shortage of accommodation for students and of the right type of retirement developments in different parts of the country.