The Learn2Play team.
Learn 2 Play
In December, eSports EdTech company Learn2Play hit a major milestone of one million users. By raising $2.1 million (around R28 million) in seed investments, and the fact prize money in eSports tournaments has surpassed around R2.6 billion this year, the company's success arguably reflects the explosive growth of the industry.

"I've never been a sports enthusiast, and I've never been a gamer, but I saw a huge business opportunity in this market," founder of Learn2Play Maxim Dreval told Business Insider. "We saw how it's difficult to up your skills to play better to compete with other gamers ... It's maybe ten times more difficult, than [say] chess."

The way Learn2Play works is it involves projects that teach people to play games for money, from amateurs to professionals. These include training platforms for games like Dota2, League of Legends, Overwatch, and Hearthstone.

When your hobby becomes a career

Elena Urusova, a professional competitive player and cofounder of Learn2Play told Business Insider gamers usually start playing because they like to compete with their friends, but that hobby can now also turn into a lucrative career.

"It's about competing, it's about telling each other you are best in something, that's why we are always trying to improve our skills," she said. "When the first tournaments appeared, we started to create teams and started to train a lot. We had even a training schedule. It was like training in basketball, and in football, but gaming at that time remained a hobby." 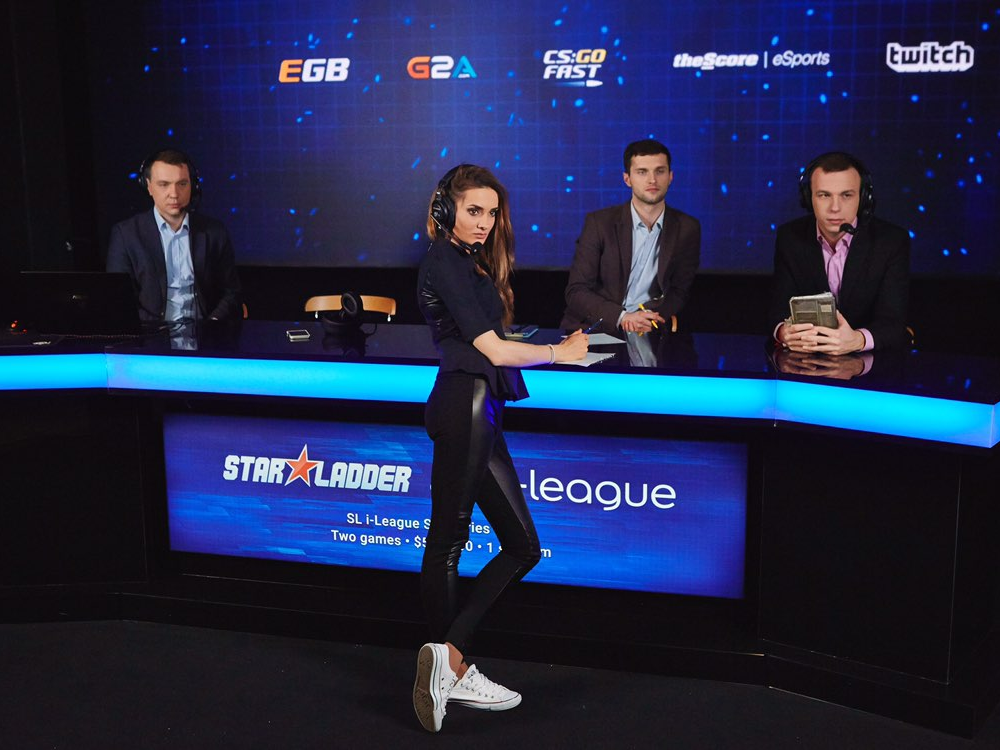 In the early 2000s, things started to change, and organisations were formed that could help teams and players pay for their devices and tickets to tournaments.

"Over ten years, everything was developing and tournaments got much bigger," Urusova said. "A lot of brands and sponsors came to eSports. Organisations today can provide gamers with big salaries, and today players had earn tens of thousands of dollars in their organisations, and they can win millions of dollars in eSports tournaments."

One tournament, for example, called The International, had a prize pool of $20 million – around R270 million – last year.

Dreval said in some places like China and Korea, men who play eSports are some of the most famous people in their country, and they have huge salaries.

Gaming can improve many skills

Urusova said she got into eSports when she was about 17, at a time in her life when she was trying to figure out what she should do. Research has shown how video games can be great for bonding with other people you're playing with, and also improve your skills in coordination, problem-solving, and memory, and Urusova has experienced some of that herself.

You can use the teamwork skills you learn in the outside world too, she said, like working with people to solve problems and setting goals.

But it's important to have a balance, Urusova said, especially as there is some evidence that video games can be addictive.

"In eSports we always say you need to do something else instead of games," she said. "Proplayers are always saying to people who are watching that it's very important to eat healthy foods, and to have physical exercise."

For example, one player called Jaroslaw Jarzabkowski, known as PashaBiceps, often says you need a healthy body to have a healthy mind. Other proplayers have families and responsibilities outside of eSports, and most of Learn2Play's members are over 18 years old, which is rather different to the stereotype of a teenager playing games all day and night.

Dreval said it's the difference between playing games for fun, and competing in eSports.

"In eSports games you are playing for competing and winning, and you understand you should be healthy," he said. "In games, not eSports, it's like you are playing just for fun, for satisfaction." 'You should be hungry'

Urusova experienced what happens when you don't look after yourself when she was training for one tournament for four months without any breaks.

"I was sleeping about four hours per day because I wanted to win this tournament so much," she said. "And when it came to this tournament, I was so tired, I had no motivation to win, because I didn't like the game anymore."

Her team came third overall, which upset her but also made her realise that training so intensely was wrong.

"You should be hungry, you should miss the game before the tournament," she said. "Because if you are coming to the tournament hungry you are playing like God. You trained so long and you are doing everything right because you you want to show to everyone that you are the best."

The gaming industry is growing by more than 30% per year, and it looks like it's only going up. Urusova said she believes around half of eSports players are women, but we don't always see that in the tournaments. Dreval added he would like to see more representation, but it's the same problem that many sports face - there is a larger audience for men's tournaments.

"From my own point of view, my team is always competing in all events, and I was always surrounded by support and respect from my colleagues, female and male," Urusova said.

"It's always been about competition. If you are good, it doesn't matter who you are in eSports. If you are a woman but you are playing like a God, you will play in a good team with good players. There's no reason why not."