When he was 11 years old, Michael Deon dreamt of having fantastical creatures as friends to roam the real world with him. 15 years later the world’s first augmented-reality blockchain mobile game, Augmentors, has made that a reality everyone can share.

Augmentors lets mobile gamerscollect characters from 36 races to battle it out anywhere from the boardwalks of Cape Town to the shopping isles of Sandton. 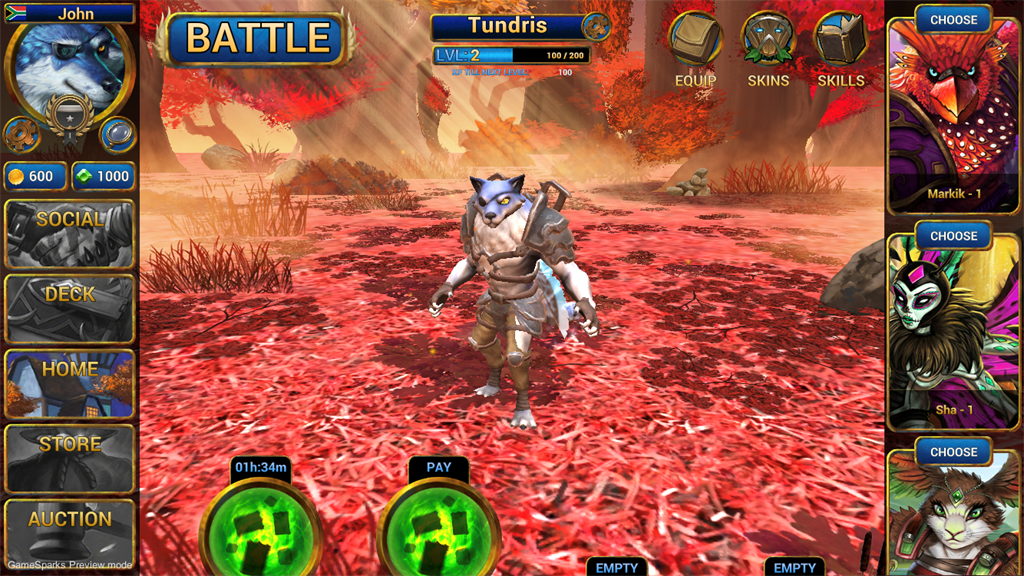 “When augmented reality tech was becoming more accessible, I realised that it was the right time to try and create Augmentors," Deon says. "By that stage, I had already taught myself graphic design, videography, animation and VFX; but I needed to learn so much more before I could create a prototype that would attract the right investors. For months, I would work full time at an unrelated day job, come home and spend hours on YouTube learning and coding until the early hours of the morning. And then rinse and repeat.”

Players can auction their characters off too. The characters act as tokens built on the blockchain. That means once you’ve trained your character through battles, you can sell and trade them – and turn a cash profit.

“It confirms there are only X amount of characters in circulation, meaning you own the character,” says Kyle Haffenden, co-founder and product manager, of the blockchain element.

The team got seed capital investment from Gil Oved and Vinny Lingham, through his investment firm Newtown Partners, which brought that element to the developing game.

“It was Ligham’s suggestion to integrate the blockchain into Augmentors was so inspiring, and we haven’t looked back since deciding to tokenise our in-game creatures,” says Deon.

The team crowd-funded and raised $1 million through the sale of Databits, their crypto token linked to Augmentors' in-game currency Emeralds.

“To see someone else playing it and then losing their mind, going crazy for it that’s the time I’m most amped about it. It shows what I dreamt about all those years ago,” says Deon.

Augmentor is available on Google’s Play Store as well as Apple's App Store for all ARCore and ARKit compatible devices.

Related Links
The new 'Tomb Raider' game is out - check out how far its star, Lara Croft, has come since her...
The wait is finally over: Nintendo is making a Pokémon-themed Nintendo Switch console, and it's...
A South African computer game that allows you to deform the world is a hot hit overseas
Next on Business Insider
Google's Russian unit will file for bankruptcy after authorities seized its bank account, reports