Former US president Barack Obama is currently in South Africa, to deliver the annual Nelson Mandela lecture in Johannesburg on Tuesday.

The lecture is themed: "Renewing the Mandela Legacy and Promoting Active Citizenship in a Changing World".

Over the years, Obama has acknowledge Mandela's legacy in various ways. Last year, Obama quoted Mandela in a tweet about tolerance – which continues to hold the record for the most-liked tweet in the history of Twitter.:

"No one is born hating another person because of the color of his skin or his background or his religion..." pic.twitter.com/InZ58zkoAm

Here are some lesser-known facts about the former US president. Like South Africa’s president Cyril Ramaphosa, Obama wakes up before 5:00AM most mornings to exercise. His favourite workout is a game of basketball.

He plays to win at basketball 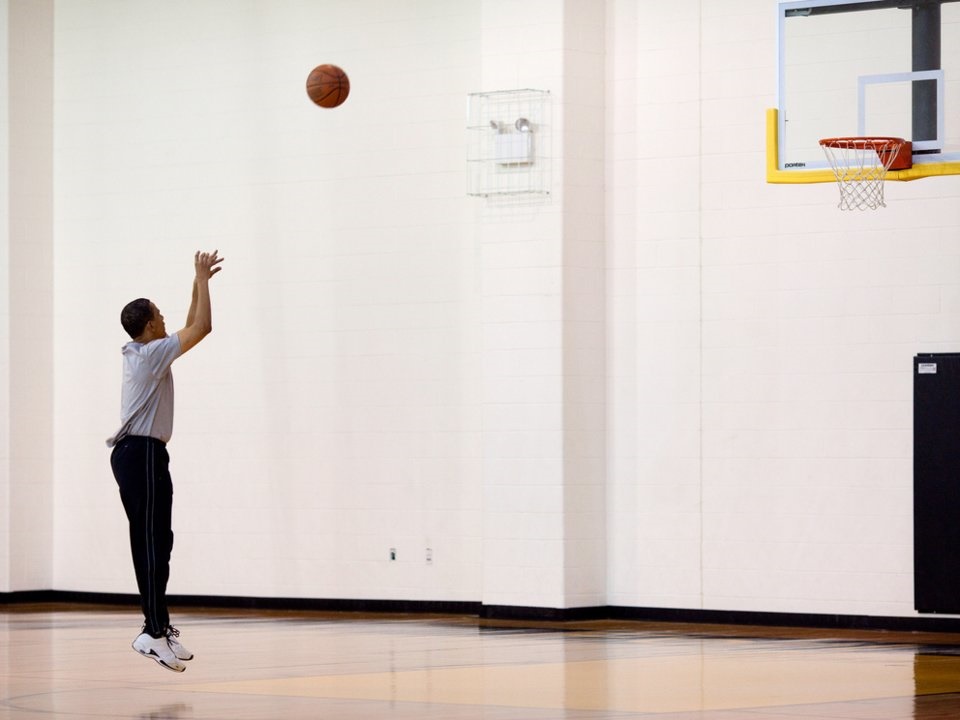 He has acknowledged that he is a master of "smack talk".

"I'm a super competitive guy. I'm good humoured about it. I'm not mean. But if you lose, I will talk about how badly I beat you. Part of the reason was to make sure, people were not wanting to hear it and they would try really hard," he said.

He likes soul, and Eminem Obama is a hip-hop and soul music fan, and has a popular Spotify playlist. He reportedly used Eminem's "Lose Yourself" to get hyped before his 2016 speech at the Democratic National Convention. He stopped smoking in 2011. This is the reason he gave for the decision: “I'm scared of my wife."

He may have smoked more than cigarettes According to one biography, Obama was part of a "Choom Gang" while he attended Punahou High School in Honolulu and Occidental College in Los Angeles. Choom is a verb, meaning "to smoke marijuana."

He takes his vitamins Obama is coping with life under the Trump administration by avoiding Trump’s Twitter account and instead focusing on the big picture, according to a New York Magazine profile.

He is going to be making TV The Obamas have signed a multi-year, multimillion deal with Netflix to produce original content, which could include a variety of different movies and shows. The content is unlikely to have heavy political themes or focus on the Obamas themselves, but will instead take on "telling the stories of individuals who the Obamas believe can guide viewers to be better citizens," according to the piece. The former president will also publish a memoir with Penguin Random House, but his wife’s book is expected first: in November 2018.

He doesn't believe in hats, mostly Obama once said: "Here's the general rule: You don't put stuff on your head if you're president. That's politics 101. You never look good wearing something on your head."

But on his first holiday after leaving the White House, he wore a basketball cap – backwards.

Obama's on vacation with the hat backwards. He's never coming back. pic.twitter.com/RUakcwwgtT

He doesn't put much thought into clothes Obama wore a blue or gray suit nearly every day of his presidency. Efficiency experts believe this was a deliberate choice. They believe that by making a habit of dressing the same each day, he saved time on decision making. This means that he had more mental energy to channel into other pursuits. Wearing a uniform has also been favoured by business leaders like the late Steve Jobs.

Since leaving office, Obama has favoured "dad jeans", which has been widely ridiculed, including in television ads by a UK department store. Obama might be considered among the coolest presidents ever, but he has "Dad jeans," according to the UK department store Harvey Nichols, which freshened him up (right) with a better-fitted pair of strides and a more-together outfit.

He wants Will Smith to be him. Obama would like Will Smith to play him in a movie about his time in the office. "I talked to Barack about it," Smith said. "He told me that he felt confident that I had the ears for the role."

He likes his vegetables His favourite food is broccoli.

Photos of Obama with children remain wildly popular, and there's even a Twitter account and hashtag devoted to it:

Here’s the full story of why I created the hashtag #ObamaAndKids. One day, I hope my 2 year old son reads this: https://t.co/bNsFAvUnKM

The president should be able to have time for little things and not look angry all the time. Well done @POTUS pic.twitter.com/bMPliLCpns

There's something stuck in your teeth. Let me get that for you. #ObamaAndKids pic.twitter.com/FF4MKjmVdV

Related Links
The White House had planned for Trump to 'push' Putin — but it didn't happen
CNN presenter slams Trump-Putin press conference as 'perhaps the most disgraceful performance by...
There's a glaring problem with Trump's trade war that could drag out the fight indefinitely
Next on Business Insider
TAKE A LOOK | SA's first biophilic building coated with plants breaks ground in Cape Town