(Photo by Peter Hansen on Unsplash)
Whether you're a cruise-line veteran or have simply always dreamed of vacationing at sea, you probably have some idea of what the average cruise is like. And between the beautiful ocean views and opportunities to see new places, cruises undoubtedly have tons to offer.

But what most people don't realise is that cruise lines often need their guests to follow strict rules and regulations in order for everything to run smoothly. But sometimes, the rules can be surprising, and a few might even seem absurd.

From not being allowed to wear jeans in certain areas onboard to being barred from the swimming pool depending on your age, we've rounded up 17 things that you're not allowed to do on some cruise lines.

Editor's note: These rules depend on the cruise line you travel with. If you're going on a cruise, it's worth reading the company's policies before you travel.

Depending on your age and the cruise company you're travelling with, you might not be allowed in the pool. (Photo by Nick Karvounis on Unsplash)

Royal Caribbean cruise line, for example, requires guests to be 16 years or older before swimming in the ship's Solarium pool and jacuzzis. Similarly, guests who swim in the Adventure Ocean pool must be between the ages of 3 and 17.

Of course, these rules are in place for a reason. While some age restrictions are set to comply with regulations from the United States Public Health Department, others are followed to ensure that both experienced swimmers and newcomers alike get time to swim.

If you're not old enough, you might not be allowed to go on the cruise at all. (Photo by Vidar Nordli-Mathisen on Unsplash)

Some vacations are intended solely for adults. Windstar cruises, for example, does not permit children under the age of 8 to board its ships. Similarly, any guest under the age of 21 must be accompanied by a guest who is 25 years or older.

You probably won't be able to fly your drone, even if it's just a toy. 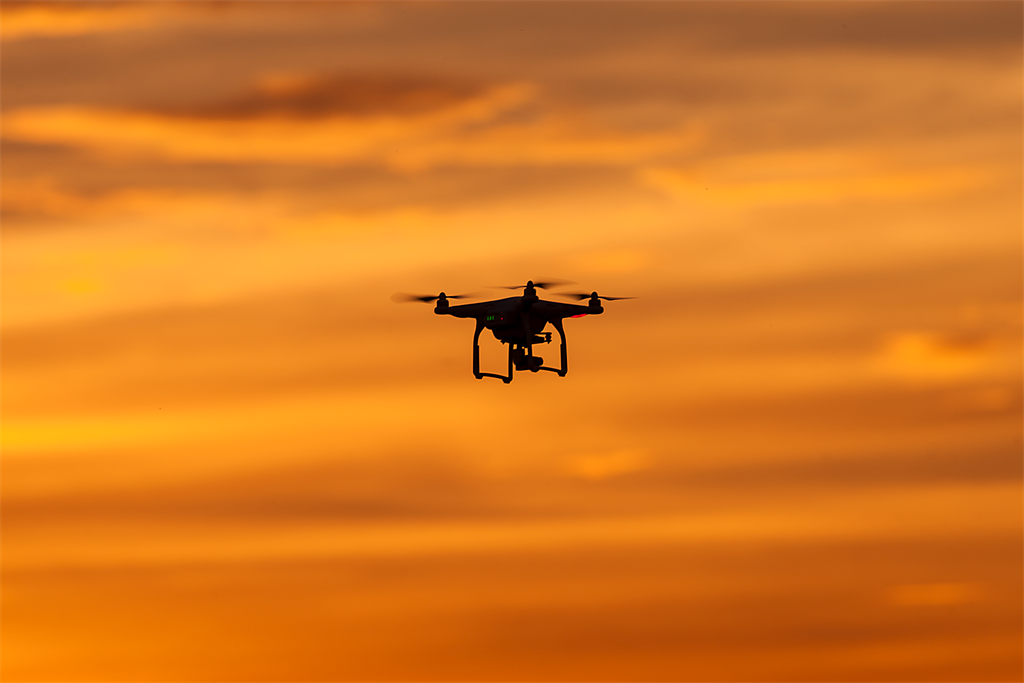 Ships might seem like the perfect place to fly a camera-equipped drone, but most cruise lines actually ban them from being flown while onboard.

However, Carnival Cruise Line does permit drone cameras onboard, but only allows passengers to fly them while off the ship.

Similarly, depending on the cruise line, you won't be allowed to ride a hoverboard. To protect unsuspecting passengers from collisions, Carnival Cruise Line doesn't allow its guests to ride anything with wheels while onboard. That includes bikes, scooters, Heelys shoes, and hoverboards, among others.

Ocean winds might be perfect for flying a kite, but cruise ships usually prohibit passengers from flying them on the ship's deck. If you absolutely have to fly a kite at some point during your cruise, Carnival Cruise Line allows passengers to bring kites onboard and fly them while stopped at ports. While passengers are allowed to bring their handheld gaming devices onto the ship, any system that needs to be plugged into a TV is forbidden.

There could be consequences if you choose to drink your personal wine in public parts of the ship. 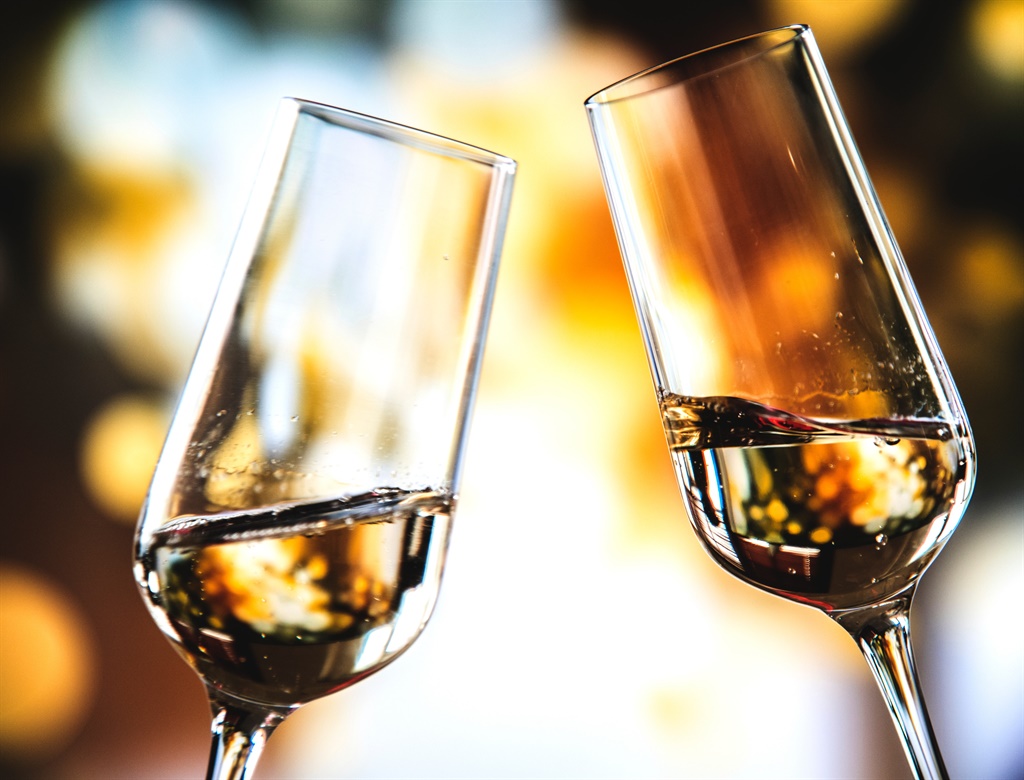 Corkage fees - the prices that some restaurants charge diners who drink their own wine - are popular in food establishments. But some cruise riders might be surprised to learn that the fees exist on ships, too.

Royal Caribbean, for example, allows its passengers to bring two bottles of wine - and no beer or hard liquor - with them on boarding day. While guests can drink their wine in their room for free, those who choose to do so in public areas of the ship will have to pay a $15 (about R207) corkage fee.

And cruise-ship passengers generally aren't allowed to smoke or vape while onboard. Passengers of Windstar Cruises can smoke outside on decks, but doing so is prohibited basically everywhere else on the ship.

You may not be allowed to head out on a cruise if you're pregnant. You likely won't be able to straighten or curl your hair while on a cruise ship. Most people want to look their best while on vacation, but you might be out of luck if you need a heated hairstyling tool to do so.

Carnival Cruise Line is one of many companies that prohibits passengers from bringing items that generate heat onboard. The company's website does say that hairstyling tools can be excused from the rule, but straightening irons and curling wands can be revoked at any time if deemed dangerous.

Don't pack too many jeans, because you might not be allowed to wear them. Cruise lines generally expect passengers to follow a "resort casual" dress code, meaning that guests can dress however they please, so long as they don't look like they're lounging on a beach.

But many ships, including those owned by Azamara Club Cruises, have stricter dress codes for its onboard dining halls.

"Bare feet, tank tops, baseball caps, bathing suits, shorts, and jeans are not allowed in the main dining room or two specialty restaurants," the Azamara Club Cruises website says. "When dining at Windows Café, guests must wear footwear and a cover-up or shirt."

Other cruise lines have strict policies against wearing hats and flip flops. The Disney Cruise Line is no exception. While it has no policy against its passengers lounging in comfortable clothes throughout the day, the company does prohibit guests from wearing hats and flip flops during adult-exclusive dining in its onboard restaurant Palo.

Even if your cruise ship doesn't set a dress code, the ports you stop at might. Specifically, you'll want to avoid packing camouflage clothes. Multiple countries in the Caribbean, including Barbados, Jamaica, and St. Lucia, among others, reserve the print for the military.

Citizens and visitors are therefore banned from wearing camouflage and can be fined or even jailed if caught wearing it.

Unless they've paid for a trip, your friends probably won't be allowed to visit you on your ship.

If you have friends in the country that your cruise ship is stopping at, it makes sense that you'd want to squeeze in a visit. But most cruise lines, like Royal Caribbean, do not allow their passengers to bring guests onboard, even if they attempt to check in with cruise staff.

But don't expect to become friends with any of the cruise-ship crew either.

As is the case with most cruise lines, Royal Caribbean says in its Guest Conduct Policy that while employees "are friendly, outgoing and helpful," passengers should not "misinterpret their friendliness."

The policy continues to say that "crew members are prohibited from engaging in physical relationships with guests," and are also "not permitted to socialise with guests beyond their professional duties."

There's a good chance that you won't be allowed to shake hands with the captain of your ship while boarding. In 2015, Crystal Cruises created a policy in which ship captains and crew members were prohibited from shaking the hands of boarding passengers to help avoid the spread of viruses.

Many other cruise lines followed suit, and the practice still continues today, as discussed in a Reddit thread from 2018.

You also might not be allowed to visit your ship's wheelhouse. Some cruise lines, such as Viking River Cruises, host special visitation hours for passengers to step into the ship's wheelhouse and ask their captain questions. But if you miss the scheduled visit, you likely won't be allowed back in.