When you think of Victoria's Secret, you probably picture its supermodels and Angels.

See also: Victoria's Secret unveils a $1 million bra made of 2,100 diamonds that model Elsa Hosk will wear in this year's fashion show

Technically, Victoria's Secret Fashion Show models aren't required to do anything specific while preparing for the show, but the models have developed some unofficial rules over the years that they continue to live by. Victoria's Secret models and Angels are at the forefront of the brand.
Dimitrios Kambouris/Getty Images

To be hired, models must prove that they have both a strong work ethic and charming personality

In a 2015 interview with Forbes, Ed Razek, the Chief Marketing Officer of Victoria's Secret's parent company L Brands, said that the most successful models and Angels are the ones who "do the work, prepare and don't take it for granted." More specifically, he said that models should prioritise their careers over partying, and recounted his response to a model who was disappointed when she wasn't cast in the show.

"Every night I see a picture of you [the unnamed model] on Instagram from a club, night after night, and every night [while] you were doing that, Adriana Lima was jumping rope for 3 hours," Razek said. And though it's a common misconception that Victoria's Secret models are cast with men in mind, brand executives like Razek actually look for models who will resonate with women.

"These are young business people," Razek told Allure in 2017. "It's important that women look to the models as people they would like to be friends with, have lunch with, hang out with."

Once they've been cast, models and Angels spend weeks in the gym preparing for the show

Victoria's Secret models don't take their workouts lightly. Angels have been known to work out as much as two times a day in the weeks leading up to the show, and usually enlist personal trainers to help them achieve their fitness goals. Some models even opt for ballet classes to tone their figures. The intense workouts don't stop once the show is over.

In an interview with INSIDER, Victoria's Secret Angel Adriana Lima talked about her workout routine. According to the model, she attributes her successful 20-year history with the brand to keeping up with her fitness regime all year long.

"I'm always ready," Lima told INSIDER. "That's why I've been in the business for over 20 years."

Hours before stepping onstage, models have to be prepped with tons of makeup The backstage area of the Victoria's Secret Fashion Show appears to be hectic.
Evan Agostini/Getty Images

Last year, Cosmopolitan reported that 32 makeup artists, 27 hairstylists, and 11 manicurists were needed to prepare the 55 models who walked down the 2017 Victoria's Secret Fashion Show runway.

It's not just glamorous face makeup that's applied. Hair extensions are used, spray tan appointments are booked days before the show, and body makeup is applied where you'd least expect it.

"It's all about creating the illusion of this amazing body on the runway," model Selita Ebanks told the New York Daily News in 2009. "People don't realise that there are about 20 layers of makeup on my butt alone." Models and Angels are dressed by a team of people

The models and Angels who walk in the Victoria's Secret Fashion Show cannot be shy. Not only do they walk in a fashion show that is annually viewed by millions, but they also must get into their show lingerie surrounded by a team of dressers. Speaking to Vogue about how the show has changed in the era of the #MeToo movement, Razek described the "naked room" where the models and Angels get ready for the runway.

"There is no one allowed in that room except their dressers," Razek said. "It's a place where we definitely don't want photographers, and they have two female guards outside of the tent, and that's where they put on their jewellery, their wings, and everything else."

To continue working with the brand, models have to prove that they're good at selling Victoria's Secret products Ultimately, the Victoria's Secret Fashion Show is intended to sell the company's lingerie. In a 2013 interview with Women's Wear Daily, DNA Model Management agent Richard Habberley - who represented multiple Victoria's Secret models and Angels throughout his career - said that brand executives can tell which models sell the most lingerie, therefore helping promote them to Angel status.

"The merchants drive the decisions on the Angels," Habberley said. "They [Victoria's Secret] try the girls out, and certain girls sell product. They're women that appeal to other women."

Currently, Victoria's Secret is selling two lingerie collections inspired by the 2018 Victoria's Secret Fashion Show. While it doesn't list which models wore which pieces, there are photos from the show embedded throughout the brand's website. 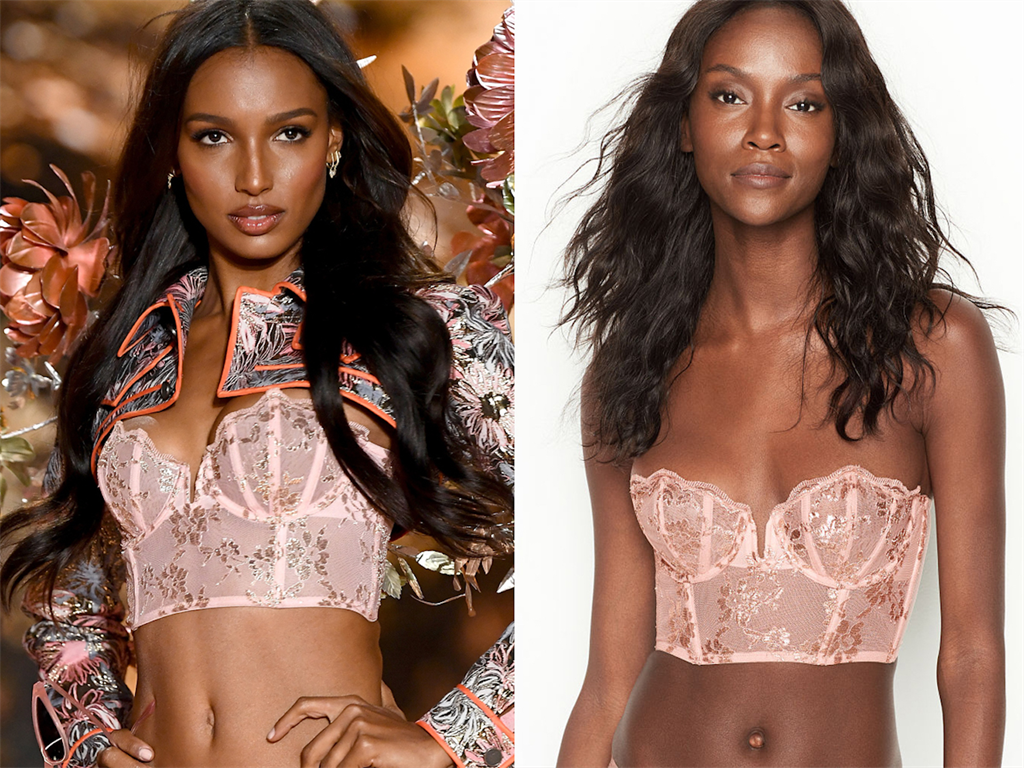 In a recent interview with Vogue, Razek said that the retailer has no plans to update its lingerie sizing or diversify the body types shown in its advertisements.

"The brand has a specific image, has a point of view. It has a history," Razek said. He continued to say that Victoria's Secret markets "to who we sell to, and we don't market to the whole world." After receiving backlash, the brand has since apologised for multiple comments made by Razek during the interview.

A representative for Victoria's Secret did not immediately respond to INSIDER's request for comment.