1. President Cyril Ramaphosa became the new chairperson of the African Union yesterday for the next year. The AU, which is currently holding a summit in Addis Ababa, is expected to make progress on establishing the African Continental Free Trade Area today.

HE President @CyrilRamaphosa has been announced Chairperson of the @_AfricanUnion for the year 2020 - he will take over from the Egyptian President Abdel Fattah el-Sisi, Chair for 2019 #AUSummit #BetterAfricaBetterWorld pic.twitter.com/jLoGswspi4

2. For the first time in two months, Eskom implemented loadshedding yesterday. The utility said it needed to preserve emergency water and diesel resources.

3. Yesterday, the Sunday Times reported that Iqbal Survé allegedly used civil servant pension money, secured from the Public Investment Corporation (PIC) as an investment into Ayo Technology, for his other companies.  Survé’s company Sekunjalo called the article "highly defamatory" in a statement.

4. It will be a busy week on the markets, as investors will have to digest a bucket load of company earnings reports. Results are expected from Curro, Gold Fields, South32, Harmony Gold, Italtile. Dis-Chem Pharmacies, City Lodge and the property group Resilient.

5. More than 20 people could still be trapped under ground at the Gloria coal mine near Middelburg in Mpumalanga. Rescue efforts have been halted, reportedly due to difficult conditions and a lack of funding at the struggling mine. Six people have died already.

15 surprising things that are turning 50 this year

The oldest customs union agreement in the world, established in 1910, was replaced by the Southern African Customs Union in 1969 after Botswana, Lesotho, and Swaziland gained independence. Namibia and South Africa are also members. South African Breweries and hotel magnate Sol Kerzner partnered to create Southern Sun Hotels in 1969. It became the country's biggest hotel chain with 90 hotels. In 2010, it merged with Tsogo Sun.

The US effectively won the space race in 1969, when Neil Armstrong and Edwin "Buzz" Aldrin stepped onto the moon. The US landed two men on the moon for the first time 50 years ago. Astronauts Neil Armstrong and Buzz Aldrin were part of the Apollo 11 mission, and spent about 21 hours on the moon's surface in the summer of 1969. Upon stepping on the moon, Armstrong famously said, "That's one small step for man, one giant leap for mankind." The "Friends" actress was born on February 11, 1969, and continues to look fabulous.

So does Jennifer Lopez. Jennifer Lopez was born July 24, 1969, but the star is one of those Hollywood anomalies who simply doesn't seem to age. In 1969, UCLA Professor Leonard Kleinrock sent the first message over ARPANET, a computer network that would later become known as the internet. The event is now recognized as "the moment the internet was born." As the Tic Tac website says, the invention of these convenient, minty treats in the summer of '69 was "one small mint for a man, but one giant leap into refreshment for everyone."

Woodstock Music & Arts Festival was held on a field in Bethel, New York, in August 1969. The legendary festival drew in half a million attendees, and musicians like Jimi Hendrix, Janis Joplin, Led Zeppelin, and the Rolling Stones. Woodstock has since become synonymous with the counter-cultural movement of the '60s.

The Beatles gave their final performance on the rooftop of Apple Studios in 1969, and would go on to announce their breakup in 1970. 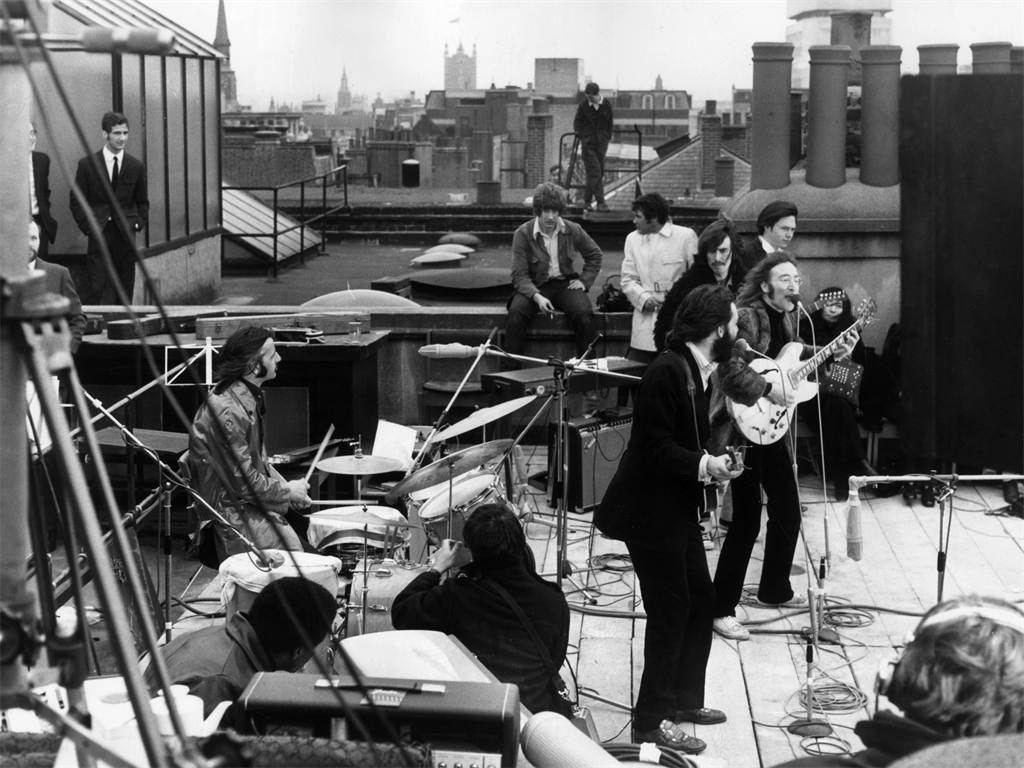 The Beatles gave their final performance on January 30, 1969, on the rooftop of Apple Studios in London. It was an impromptu show that lasted only 42 minutes, but hundreds of fans got word and crowded the streets to watch (and film) the band, who hadn't performed live since 1966.

John Lennon ended the set saying, "I'd like to say thank you on behalf of the group and ourselves, and I hope we passed the audition." The Beatles officially broke up a year later, in 1970. Former Beatle John Lennon and wife Yoko Ono held a "Bed-In For Peace" (in which they laid in bed) in March 1969, just five days after getting married, as a protest against the Vietnam War.

The laser printer was invented at Xerox 50 years ago.

Gary Starkweather, a young researcher for Xerox, invented the laser printer in 1969. The invention took off in the '70s, and laser printers are now an office staple.

The "Scooby Doo" gang has been solving mysteries for 50 years. The now-classic cartoon, "Scooby Doo, Where Are You!," premiered in 1969. It was an immediate success, and variations of the show were produced into the 2000s. Outlandish British comedy troupe Monty Python premiered their successful TV program "Monty Python's Flying Circus" on the BBC in October 1969. It was unlike anything else on TV at the time, and the group's free-form sketch format showed off their sarcastic and intellectual humour.