11 things that can decrease your sperm count and quality A 2017 study that analyzed sperm samples from nearly 43,000 men from around the world over a few decades found that sperm counts have dropped by more than half over the last 40 years.

Although the definitive cause is unknown and additional research is needed to find the cause of the drastic decline in sperm counts, researchers have identified some habits and health conditions that may cause a decrease in sperm production.

Here are some things that can negatively impact your sperm count and sperm quality.

Some prescription medications have been known to lower sperm count.

The Cleveland Clinic notes that 5-alpha-reductase inhibitors used to treat prostate enlargement and hair loss such as finasteride, dutasteride, and propecia, can reduce one's volume of semen and number of sperm within their semen. In some cases, this drop in semen production is temporary or reversible.

Selective serotonin reuptake inhibitors (SSRIs) used to treat depression and anxiety may also harm sperm or prevent it from moving through the reproductive tract. Chemotherapy drugs will inhibit sperm production and other medications such as spironolactone, cimetidine, nifedipine, sulfasalazine, colchicine, and oral ketoconazole can also negatively impact male fertility.

If you are on medication but concerned about your sperm count, do not discontinue taking your prescription medications or make any drastic lifestyle changes without first speaking to a healthcare professional.

Lowered sperm count has been linked to depression and anxiety. 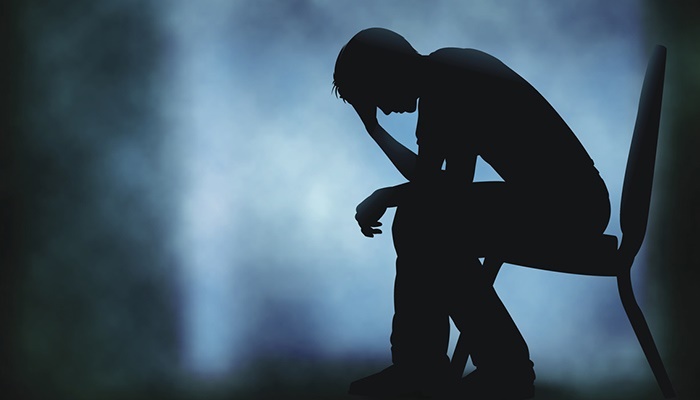 It's not only the medication taken to treat anxiety and depression that may be tied to a lowered sperm count. A 2017 study published in the journal Neuroendocrinology Letters found that depression and anxiety in males has been linked to a decrease in semen volume and sperm density.

Low sperm count can be caused by certain medical conditions or infections.

According to Your Fertility, sexually transmitted infections (STIs) like chlamydia, gonorrhoea, syphilis, and mycoplasma genitalium can cause infertility if they are left untreated. Many STIs have few to no symptoms, which means they can oftentimes be left untreated for long periods of time. The earlier you have them diagnosed and treated, the less likely they are to impact your fertility.

In addition, low sperm count can be related to certain underlying medical conditions. According to WebMD, those with an undescended testicle could face issues with lower sperm count and quality when a corrective surgery is not performed at an early age, which is typically before 18 months of age.

Environmental toxins, such as pesticides and heavy metals, can negatively affect sperm count. A 2018 study in the journal Current Urology Reports suggests that exposure to environmental toxins can impact semen quality, sperm concentration, motility, and morphology. Several studies have been conducted to test the effects of mobile phone radiation on sperm count. A 2014 study in the Central European Journal of Urology found that men who kept their cell phones in their front pocket had a statistically lower number of sperm and a higher number of sperm cells with DNA fragmentation than those who did not keep their phones in their front pocket.

According to Trak Fertility, one of the common risk factors linked to low sperm count is the overheating of the testicles.

The use of hot tubs, in particular, is not recommended for a man trying to conceive. A 2007 study by the University of California San Francisco found that exposures to hot tubs and hot baths can negatively impact male fertility - although the impact can be reversed.

Drugs, alcohol, and tobacco consumption have long been linked to serious health problems, including issues related to sperm motility and quality.

The Cleveland Clinic warns that THC, the active ingredient in marijuana, decreases sperm production, affects sperm motility, and interferes with the production of testosterone. Opiates can disrupt testosterone production and decrease the quantity and quality of the sperm.

In addition, drinkers of 14 or more alcoholic beverages per week may have a decrease in testosterone production and an increase in estrogen production, which can lower sperm count.

In terms of smoking, a 2016 Brazilian study published in the journal BJU International comparing the sperm of smokers versus that of nonsmokers, found that smokers had a higher percentage of DNA fragmentation in their sperm samples.

A 2017 study of 1,285 men published in the Journal Andrologia found that obesity was related to lower sperm count and lower sperm motility.

Obesity also was found to increase the likelihood of physical defects in the sperm, including thin and pyriform (pear-shaped) heads.

A vitamin D deficiency can impact your sperm count. Vitamin deficiencies can negatively impact your overall health, but there are some vitamins that are important for fertility, especially vitamin D. A 2016 study published in the journal Human Reproduction found that men with a vitamin D deficiency had lower sperm counts and sperm motility than men with healthy vitamin D levels.

Low sperm count may be a result of prior surgical procedures.

There are some surgeries that can unintentionally impact your sperm count or sperm mobility. For example, infertility is a recognized potential complication of inguinal hernia surgery, according to a 2005 review published in the Annals of Surgery.

Low sperm count can be caused by testicular trauma.

Sports injuries, car crashes, falls, and other accidents can cause testicular injuries. Larry Lipshultz, MD of the Baylor College of Medicine explained that testicular trauma such as a testicular rupture, fracture, contusion, torsion, dislocation or degloving of the scrotum can lead to male infertility, especially if not treated immediately.