Oprah's been building an influential career for decades.
Chris Jackson/Getty Images
Philanthropist and entrepreneur Oprah Winfrey has influenced culture on a global scale. Her long-running talk show, ''The Oprah Winfrey Show,'' won dozens of Daytime Emmy Awards and featured interviews with over 35,000 people.

Some of Winfrey's most groundbreaking interviews include Ellen Degeneres' coming out interview, a 2011 conversation with the Obamas, and a live interview with Michael Jackson.

''The Oprah Winfrey Show'' ended after 25 years on the air, but Winfrey's influence continues to spread. She currently works as a film producer and actor and she is also a generous philanthropist. Winfrey founded Oprah's Angel Network in 1998, as well as the Oprah Winfrey Leadership Academy for Girls in 2007.

Winfrey has been in the public eye for more than three decades and she has paved the way for many individuals in her field.

At age 19, Winfrey became the youngest and first female anchor for WTVF-TV, Nashville.

As a college sophomore, Winfrey became the youngest and first female anchor for WTVF-TV, a Nashville-based news station.

She co-anchored the weekend shows and her former editor Bill Goodman told Newsday that Winfrey ''was a perfectionist and she worked very hard... As one of the first African American women on-the-air, she knew that a lot of people were watching her. She did not want to fail.''

In 1990, Winfrey became the first African-American woman to be named one of the most influential people in entertainment by Entertainment Weekly.

In the 1990 Entertainment Weekly ranking of "The 101 Most Powerful People in Entertainment," Winfrey was 55th on the list. In the 1991 ranking, she was ranked 94th.

Winfrey was the first recipient of the Bob Hope Humanitarian Award at the 2002 Emmy Awards.

In 2002, Winfrey became the first-ever recipient of the Bob Hope Humanitarian Award. The award was established as a means by honouring the legacy of entertainer Bob Hope, and is to be ''presented to an individual in the telecommunications industry whose humanitarian work has brought credit to the industry and whose deeds and actions have a lasting impact on society.''

To date, Winfrey remains the only woman to have received this award.

At age 49, Winfrey became the first African-American woman ranked on Forbes magazine's "World's Richest People" list. She joined the list at 427 in 2003. Winfrey's extensive history of philanthropy has given her a reputation as of the most generous individuals in the world. In 2004, she became the first African-American woman to join Business Week's ''Top Philanthropists'' list. In a since-archived interview, she told Business Week, ''I believe that to whom much is given, much is expected. So, I will continue to use my voice and my life as a catalyst for change, inspiring and encouraging people to help make a difference in the lives of others.''

Since its formation in 1998, Winfrey has given millions to charity through Oprah's Angel Network, which now operates under her private foundation - The Oprah Winfrey Charitable Foundation. Before Oprah's Angel Network stopped receiving donations in 2010, it had donated over $80 million to charitable causes. With the Oprah Winfrey Charitable Foundation, Oprah has donated to causes like storm relief, human rights, and education. She has even founded a school for girls in South Africa. According to Forbes, Winfrey is ''currently North America's first and only multi-billionaire black person.'' She has a reported net worth of $2.6 billion with cash flow coming from her cable channel OWN (Oprah Winfrey Network), work as a film producer, and from serving as a board member and brand ambassador for Weight Watchers. 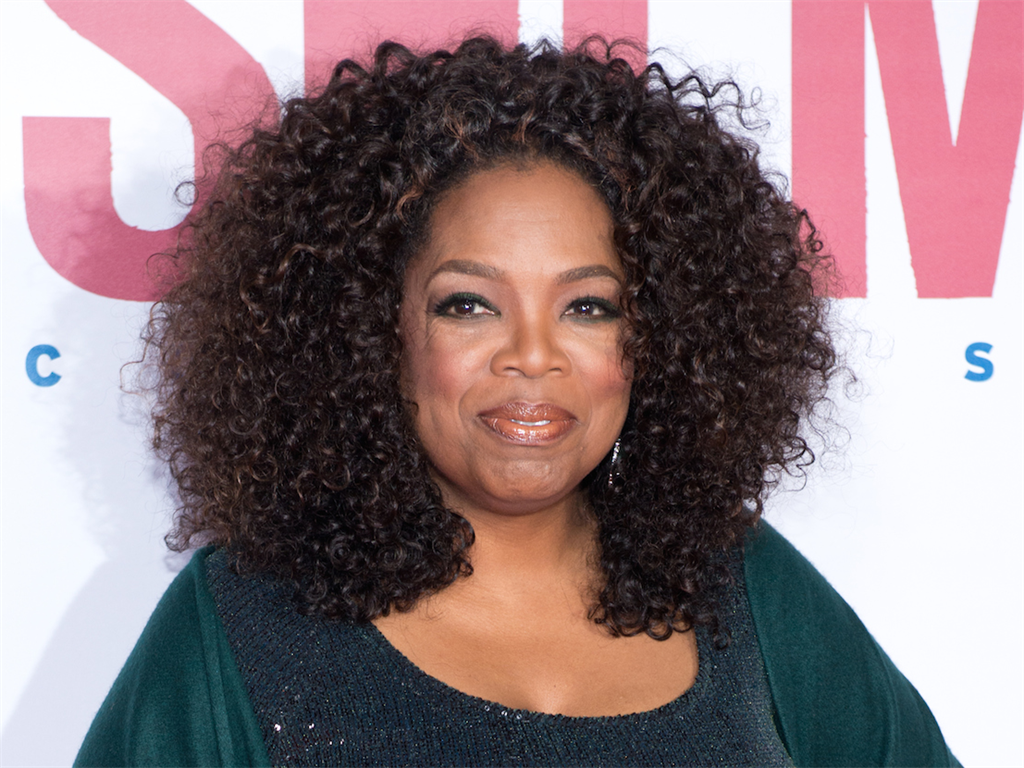 In their annual ranking of the 500 richest people in the world, Bloomberg ranked Winfrey at 494 in 2018. This made her the first black female entrepreneur on the list, joining just five other female entrepreneurs to achieve this feat.

Winfrey was the first black female recipient of the Cecil B. DeMille Award At the 2018 Golden Globe Awards, Winfrey was honoured with the Cecil B. DeMille Award, which recognizes "outstanding contributions to the world of entertainment.'' She became the first black woman to receive the award in its 66-year history.

In her acceptance speech, she recognized her impact saying, ''There are some little girls watching as I become the first black woman to be given the same award. It is an honour and it is a privilege to share the evening with all of them.''

She was the first woman to own and produce her own talk show.

In an interview with TIME, Winfrey said being the first woman to own and produce her own talk show was a long journey.

"I made every single choice of my career based on my gut. I would literally ask myself, 'Does this feel right?' So when I got my show in Chicago, I built it around myself and the producers," she said. "We were young women in our 30s who were trying to figure it out and find our own way."

Related Links
How Oprah Winfrey spends her R43 billion
A look inside the amazing smart-home systems that rich people use
Apple signs multi-year deal with Oprah Winfrey as the streaming wars heat up
Next on Business Insider
The Burj Khalifa, the tallest building in the world, is so tall that people perceive time differently from the top and bottom floors