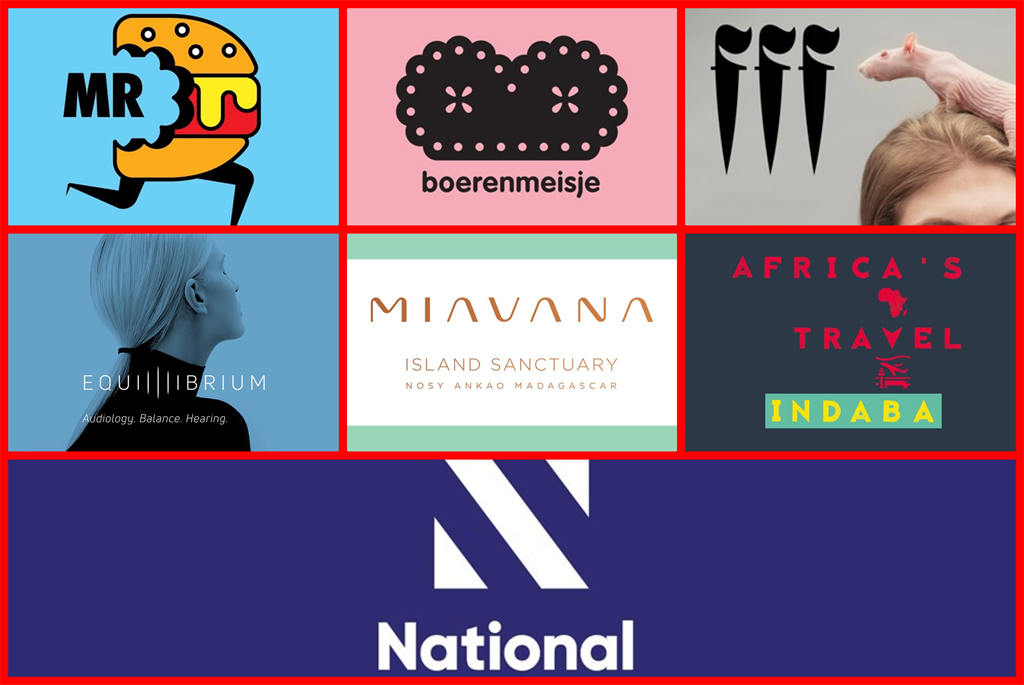 7 finalists contending for the best logo in SA prize at this year's Loeries awards. (Loeries)

The Loeries, the advertising and brand awards for Africa and the Middle East, will be held this weekend in Durban.

Ad agencies and markerters will be vying for creativity awards in various categories, one of which is the best logo design in SA.

The Loeries judging panel has announced seven finalists for best-designed logo in the brand identity and collateral design category.

Logos were judged on whether they communicate the identity and character of the products and/or services, or of the company itself, to consumers at first glance.

Here are the 5 best new logos in SA right now Boerenmeisje is a locally designed, printed and manufactured lingerie brand, "specifically made for modern boerenmeisjes" who like a naughty frill in the night. Equilibrium is a audiology practice in Melrose North, Johannesburg.

Other contenders for the logo award include the designers (TBWA, REKLAM and HIZMETLERI A.S.) of the logo for the Fear and Fantasy Festival, an event in Turkey: The South African-based designer Xfacta is also a finalist for a logo created for Miavana, a five-star luxury eco resort in Madagascar.