SA corruption clampdown: Here are all the latest arrests It’s been a busy few weeks for South Africa’s authorities, especially the National Prosecuting Authority and the Hawks, who appear to be making good on their promises to arrest and prosecute those involved in South Africa’s numerous high-profile corruption scandals.

Arrests of key role-players in various corruption scandals involving VBS, Bosasa, and several tender fraud cases have made national headlines - and Hermione Cronje, the head of the NPA’s Investigative Directorate, has hinted of more action, including against members of the Gupta family.

READ | Thabi Leoka | Every stolen cent from taxpayers is a stolen school, road or hospital

These are all the people arrested or sentenced recently: Former VBS Mutual Bank financial officer Philip Truter entered into a plea bargain with the NPA this week. He will testify against his co-accused in the theft of R2.2 billion and the subsequent fraudulent measures allegedly used to cover it up. In exchange for agreeing to testify, Truter has received a lighter sentence of 10 years, three of which are suspended, compared to the usual 15-year minimum sentence.

Truter, along with former VBS chairman Tshifhiwa Matodzi and two other execs, Andile Ramavhunga and Phophi Mukhodobwane, are accused of siphoning money through various accounts between April 2016 and March 2018.

The state found Truter received R2 million from the bank, and was promised more than R5 million. The Hawks arrested VBS ‘kingpin’ Tshifhiwa Matodzi in an early morning raid in June this year. It is alleged that Matodzi, the former chairperson of the bank, is the kingpin behind the R2-billion theft.

He controlled Vele Investments, which was the largest "beneficiary" of the theft, and may have personally received more than R300 million from the bank. 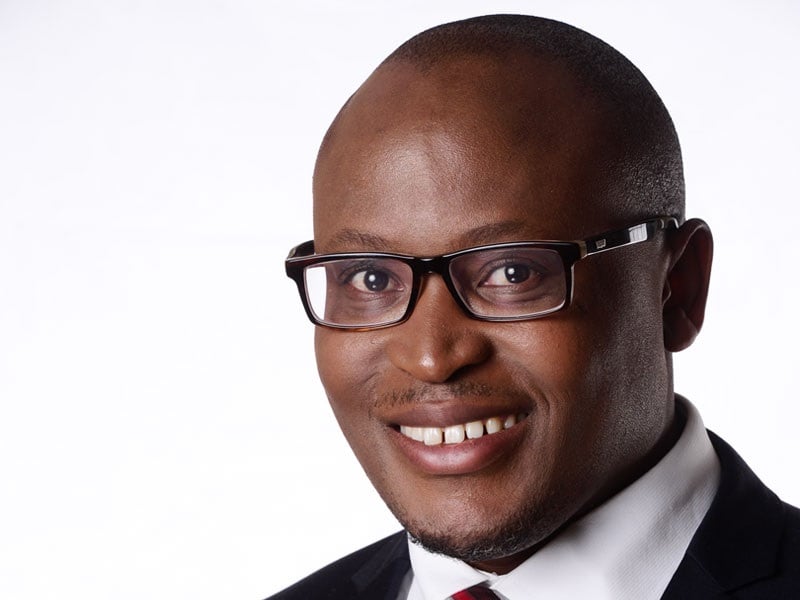 VBS CEO Andile Ramavhunga also appeared in court in July this year for his alleged role in the scandal. He received payments of more than R23 million from the bank, according to the state's charge sheet.

In February last year, the South African Institute of Chartered Accountants stripped Ramavhunga of his registration. The Hawks also arrested Mukhodobwane, the former VBS Mutual Bank treasurer, in June. Mukhodobwane, who allegedly received more than R17 million in payments from the bank, was seen as a whistleblower after he came forward with information in 2018. But he has decried the investigation into the bank as a "racist farce". Ernest Nesane was one of two officials from the Public Investment Corporate (PIC) implicated and arrested for their alleged roles in the collapse of VBS. He allegedly took a bribe of R7.4 million to look the other way. The PIC lost about R350 million when VBS collapsed.

Paul Magula was the second former PIC official arrested for his alleged role in the VBS scandal. The former head of risk and compliance at the PIC was arrested in June 2020. He allegedly received R7 million from the bank. Moloko Stanford Maila  is a former ANC Member of Parliament. He appeared in the Polokwane Magistrate's Court on Monday with three others in connection with a theft case of R4.8 million, involving the Limpopo Makgatho Community Property Association.

Limpopo Hawks spokesperson Captain Matimba Maluleke told News24 that Maila and others allegedly connived and awarded a farming tender to a company linked to the wife of the senior municipal official without following due process.

It is alleged the accused stole almost R5 million from the association.

Maphala Lazarus Mosena is the second co-accused in the Limpopo Makgatho Community Property Association. Mosena was the municipal manager at the Molemole Local Municipality.

Manase Steven Makgatho is a 51-year-old bank employee also charged alongside Maila. He handed himself over to the Serious Commercial Crime Investigation Unit in Polokwane on Saturday. 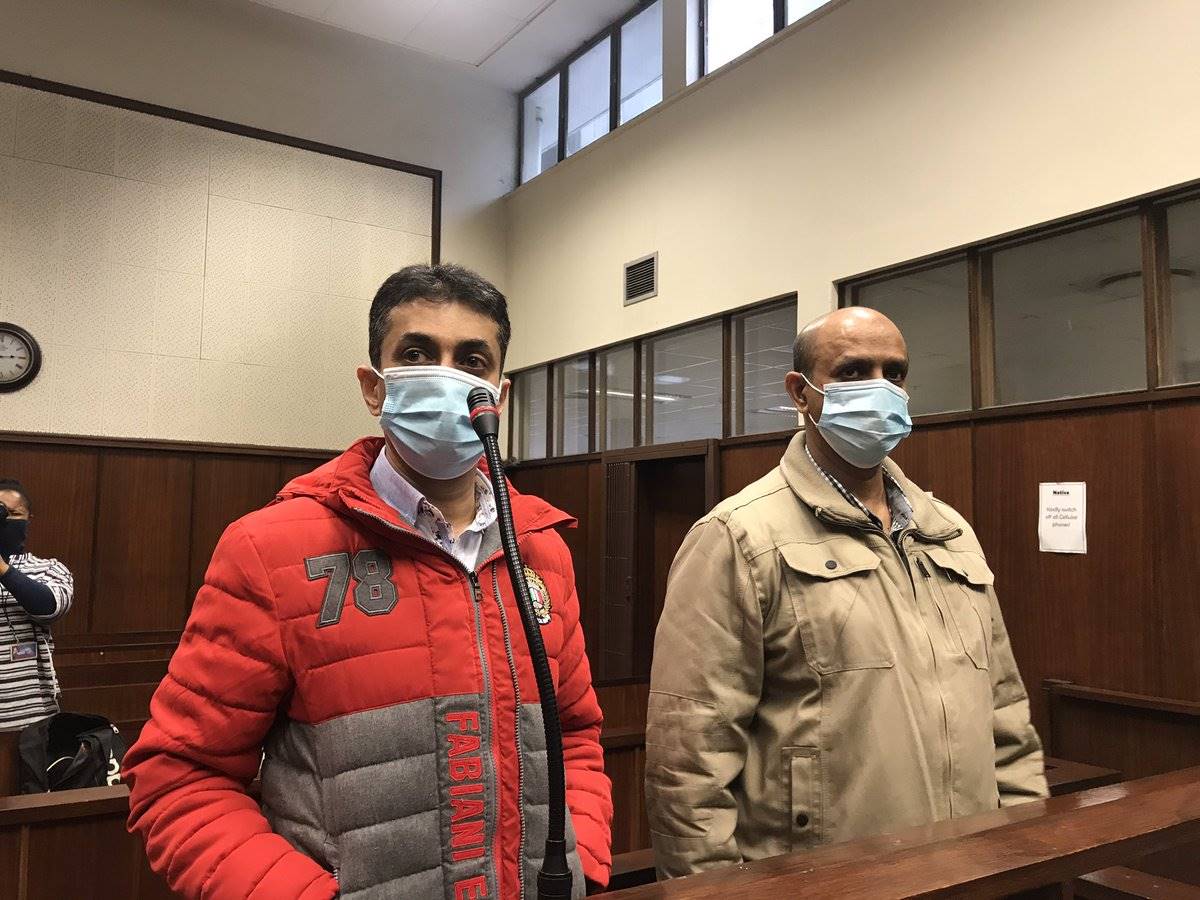 Thoshan Panday, who has been linked to former president Jacob Zuma's son Edward and cousin Deebo Mzobe, is accused of having provided temporary accommodation to the police at inflated prices during the 2010 FIFA Football World Cup. He lost a court bid in mid-September to stop his prosecution for fraud and corruption linked to the event.

He faces 261 counts for fraud - which include falsified invoices, bribes and conspiracy - worth R47 million. Another co-accused, Colonel Navin Madhoe, appeared with Panday in court last week. The case against Panday will be heard in November, News24 reports. Former KwaZulu-Natal police commissioner Mmamonnye Ngobeni, along with Aswin Narainpershad, is accused of attempting to stop investigations into Panday, who reportedly paid for her husband's birthday party.

It is understood that Ngobeni had agreed to appear in court alongside her co-accused, but then reneged. The NPA later said that Ngobeni was “at large”, News24 reported. Former ANC MP Vincent Smith handed himself over to police at the Alberton police station last week. He appeared in court on charges of fraud and corruption in relation to money he allegedly received from Bosasa, News24 reported. Former Bosasa COO Angelo Agrizzi, and the self-proclaimed whistleblower who played a starring role during the State Capture Commission of Enquiry, was charged in the past week charged for his role in making the payments to Smith. Agrizzi was due to appear alongside Smith, however ill health prevented him from doing so. The Hawks arrested ousted Mangaung mayor and former provincial human settlements MEC Olly Mlamleli on Wednesday morning relating to a controversial asbestos removal contract. The case relates to a R230-million contract to remove asbestos from houses in the Free State - with only R21-million worth of work alleged to have been completed. Blackhead director Edwin Sodi appeared in the dock alongside Mlamleli. He finds himself at the centre of the R255 million asbestos audit tender scandal - and this week made headlines as the Assets Forfeiture Unit sequestered his range of luxury cars.

Former head of the Free State human settlements department Nthimotse Mokhesi was also arrested in connection with the Free State asbestos matter in late September. He had earlier testified before the Zondo Commission that he received more than R600 000 from Sodi's company.

Mahlomola John Matlakala, director of supply chain management at the Free State human settlements department, was also arrested as part of the scandal. Last week he and businessman Abel Manyike were granted bail of R50,000 in the Bloemfontein High Court.

Former Msunduzi municipal manager Thabane Zulu was also arrested on Wednesday as one of those connected to the contentious asbestos audit deal in the Free State.

The Hawks also arrested Ziphathe Cibane, chief financial officer in the office of the KZN premier, in connection with the catering tender matter.

A 39-year old South African Revenue Service (SARS) employee in Bloemfontein was arrested on Monday after allegedly soliciting a bribe. The employee is accused of offering to write off a taxpayer’s tax debt in return for the payment of R20,000, SARS said in a statement. He appeared in court on Wednesday, and his Mercedes Benz was seized.

News24 reports that the Department of Environment, Forestry and Fisheries placed eight officials on precautionary suspension this week, following an investigation into allegedly irregular contracts awarded by the Waste Management Bureau. The department identified several irregular tenders awarded by the bureau amounting to more than R337 million.