The new ‘Madiba’ banknotes from the South African Reserve Bank come to life through an augmented reality app – an exciting new feature not yet seen on South African currency.

Called the SARB Currency app, you can download it from the Google Play or Apple iStore for free. 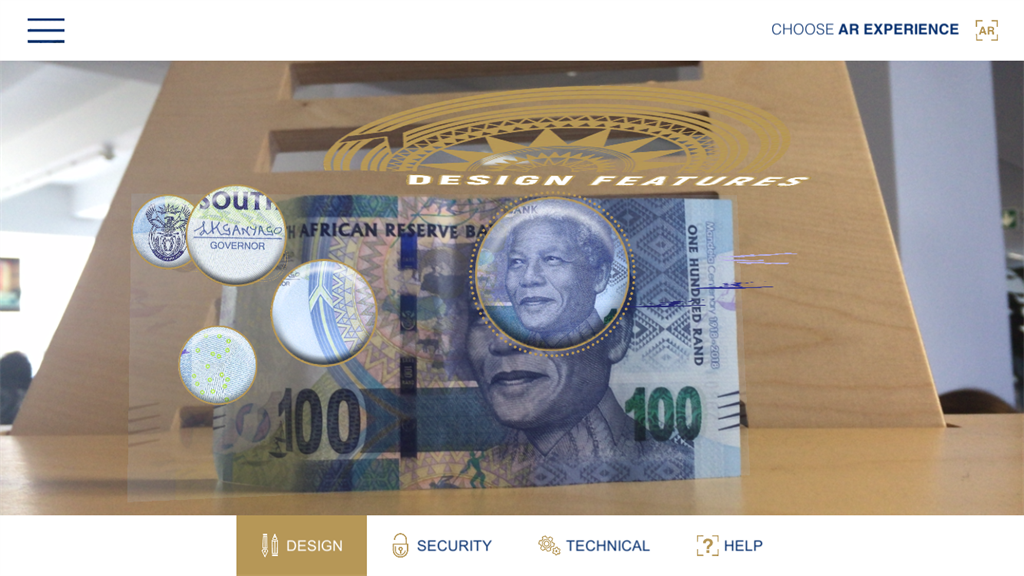 Scanning in your note allows you to experience the late president’s story as it jumps off the paper.

Images become three-dimensional and a whole new world opens up on the notes. Detailed Eastern Cape and Robben Island dioramas almost took our breath away.

“We worked a lot on the stories from Madiba’s life that inspired the themes and designs for the app,” said Sea Monster CEO Glenn Gillis, whose company built the app.

"One of the biggest challenges was the fact that money - the actual notes - aren't always flat and clean which is ideal for AR. Bank notes are handled by many people, they get shoved in pockets or into the bottom of bags, so that by the time they're used they can often be a crumpled mess. We wanted to create an app that would still work within those parameters and didn't just require a pristine banknote," said Gillis.

The same South African-based team previously built a virtual reality system to test whether you have a fear of heights.

They also added technology to the app that allows you to learn more about the security features of the notes.

The app lets you play a game in which you race against the clock to spot the difference between a good note and a bad one, while identifying the notes' new security features. We gave it a try and did pretty well. The app won’t verify a bank note, but it is aimed at educating users about identifying counterfeit notes. The SA Reserve Bank launched the new notes in honour of Nelson Mandela, who would have turned 100 years this year.

Related Links
Here are 10 South African apps that will make your life easier
I used an app to help a blind person work her washing machine - on the other side of the world
This 'Uber for pets' now has hundreds of SA minders to watch your pet – after nearly being a...
Next on Business Insider
Google's Russian unit will file for bankruptcy after authorities seized its bank account, reports