All four members of "the Squad" — Reps. Alexandria Ocasio-Cortez of New York, Ilhan Omar of Minnesota, Ayanna Pressley of Massachusetts, and Rashida Tlaib of Michigan — won their re-election bids to the House of Representatives on Tuesday, cementing their progressive flank in the Democratic Party for another two years.

Our sisterhood is resilient. pic.twitter.com/IfLtsvLEdx

Notorious for their solidarity, sisterhood, and friendship, "The Squad" name first started as a 2018 photo caption on Instagram and eventually evolved, according to ABC News.  The four women of colour lawmakers saw historic wins in 2018 and quickly became prominent figures as they rallied for marginalized communities while drawing the ire of the GOP and US President Donald Trump for their progressive views.

Trump and the Squad clashed over several issues, including immigration and climate justice, but most notably after racist tweets sent from the president last July, telling the four women to "go back" to the  "broken and crime infested places from which they came."

As Business Insider's Eliza Relman reported, at the time a racially-charged rift had also emerged between the Squad and Democratic establishment, laying bare tensions between the party's progressive caucus and congressional leadership.

But the "resilient" Squad is expected to grow in numbers. On Tuesday, the group of lawmakers added newly-elected members, including Cori Bush and Jamaal Bowman.

Bush, a Black Lives Matter activist won her bid for a House seat in Missouri's 1st Congressional District, becoming the first Black woman to represent the state in Congress.

In October, she tweeted the squad was "about to be a lot more than" just "AOC plus 3," as Trump has dubbed the group.

"Our progressive movement is here to stay, and we're only getting stronger," Bush wrote on Twitter.

"it's time for a new era," he tweeted Tuesday.

Here are the four women that new Squad members will be joining on Capitol Hill in the 117th Congress. US Representative Alexandria Ocasio-Cortez, Democrat of New York, speaks during a press conference calling on Congress to cut funding for US Immigration and Customs Enforcement (ICE) and to defund border detention facilities, outside the US Capitol in Washington, DC, February 7, 2019.
SAUL LOEB/AFP via Getty Images

After her first election in 2018, Ocasio-Cortez, also known as AOC "by community & the people," came into the political arena swinging. Formerly the youngest elected into Congress— a record now held by 25-year-old Madison Cawthorn — Oscari0- Cortez has been outspoken about progressive issues such as the Green New Deal,  women's rights, poverty. and LGBTQ rights. She is also known for openly criticizing Trump and had advocated for the abolishment of U.S. Immigration and Customs Enforcement (ICE). 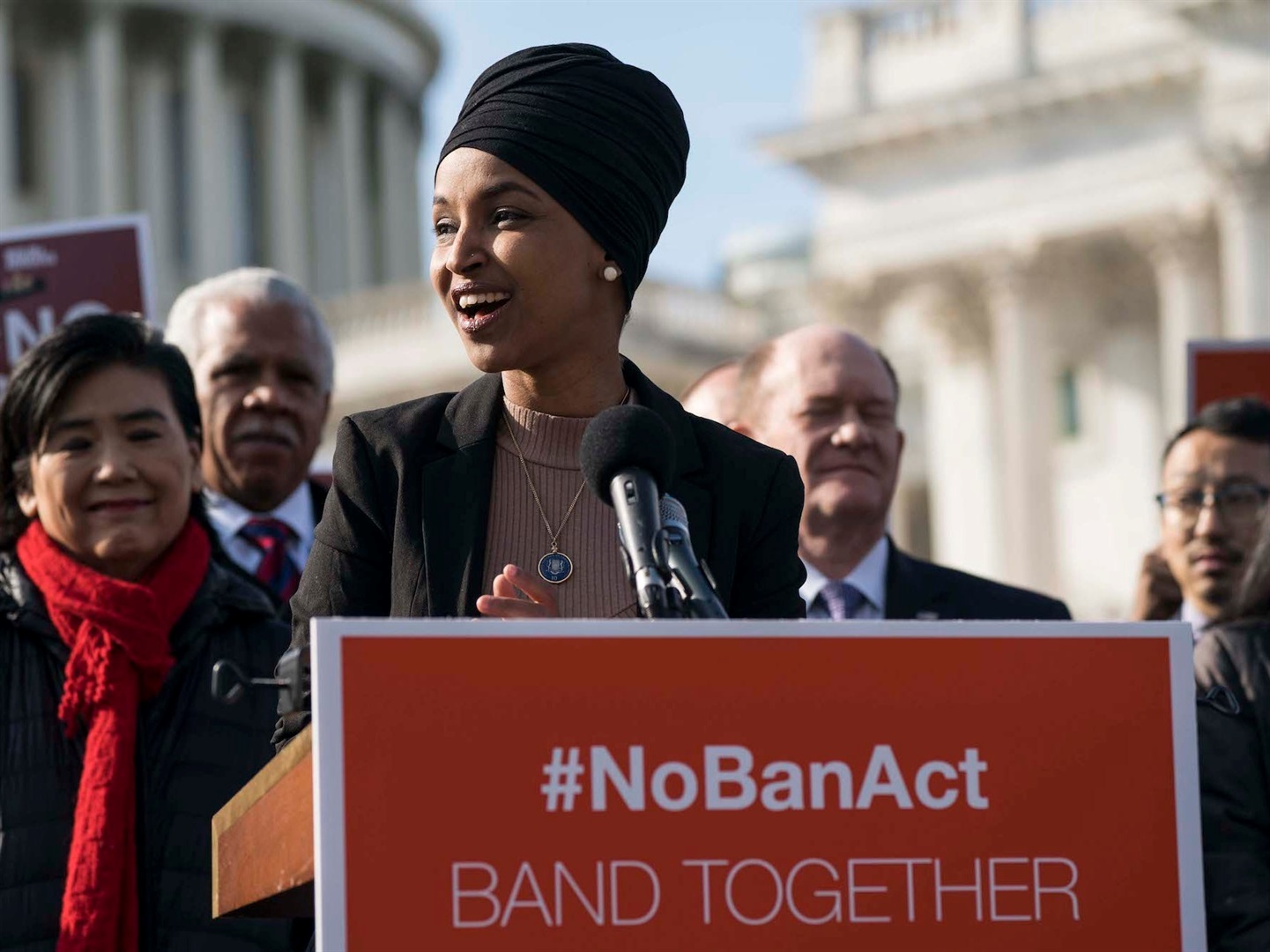 Rep. Ilhan Omar speaks during a news conference outside of the U.S. Capitol on January 27, 2020 in Washington, DC.
Sarah Silbiger/Getty Images

Omar, one of the first Muslim and Somali-American women in Congress, won against her opponent with 64.51% of the votes, according to Business Insider via Decision Desk HQ. Since her tenure, Omar has been known for her progressive views on climate change, affordable healthcare, greater education accessibility, and is an advocate for the protection of immigrants. Pressley swept her competitor, independent Roy Owens, with 86.3% of the votes, according to The New York Times. She is known for standing firm on fighting for issues like contract government workers, civil and women's rights, and mental health. Tlaib is the first Palestinian American and one of the first Muslim American women to hold a seat in the House. According to Detroit News, she raised millions of dollars during her reelection run compared to her opponent with an estimated $3.8 million. Tlaib has been an advocate for climate change and Street Sense Media reported that Tlaib introduced the Public Health Emergency Shelter Act along with Pressley to assist displaced individuals impacted by the coronavirus pandemic.