The most popular names in South Africa right now

Statistics SA on Monday published the most popular names for babies in South Africa.

The most common middle names were Precious, Princess, and Angel, in that order.

The most popular first name for boys was Enzokuhle (“Do good” in isiZulu) , Lethabo (“Happiness” in seSotho, sePedi and seTswana) and Melokuhle (“Stand up for good” in isiZulu). For middle names Junior, followed by Blessing and Gift, were the most common. Here are the most popular names per province: 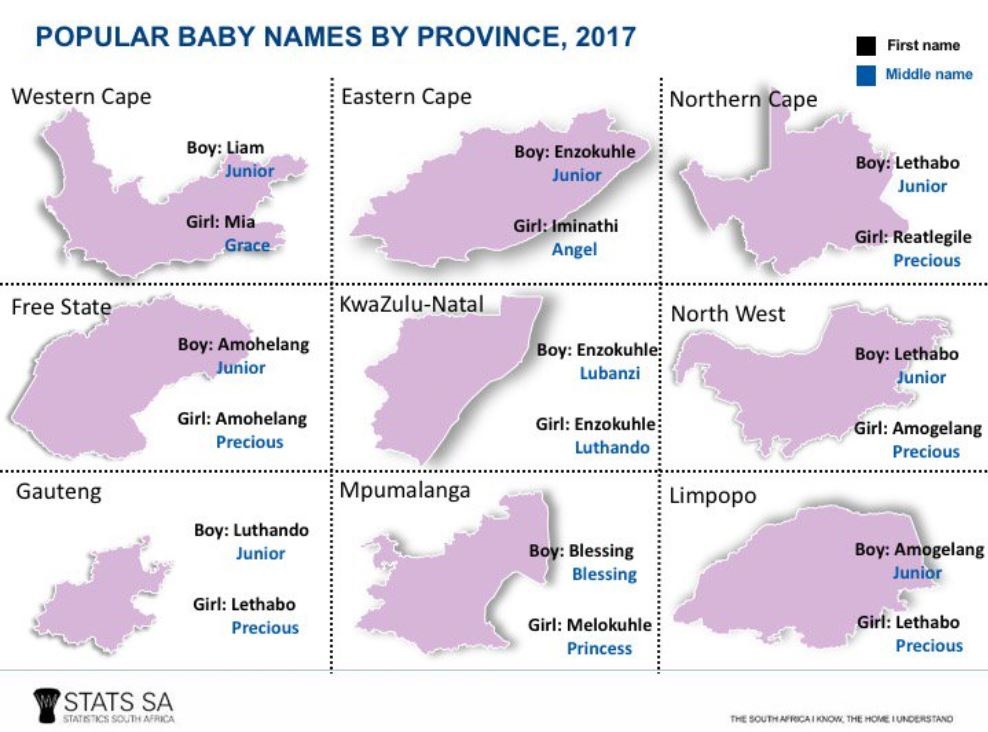 Dlamini was the most common surname for both sexes followed by Nkosi and Ndlovu. Most of the top ten baby surnames
were generally from Nguni clans.

Jacobs was the most common baby surname both in both Eastern Cape and Western Cape while it was Nkosi for both Gauteng and Mpumalanga.

For the other provinces, Van Wyk was the most common baby surname in Northern Cape, Baloyi in Limpopo, Mokoena in the Free State, Dlamini in KwaZulu-Natal, and Molefe in the North West province. 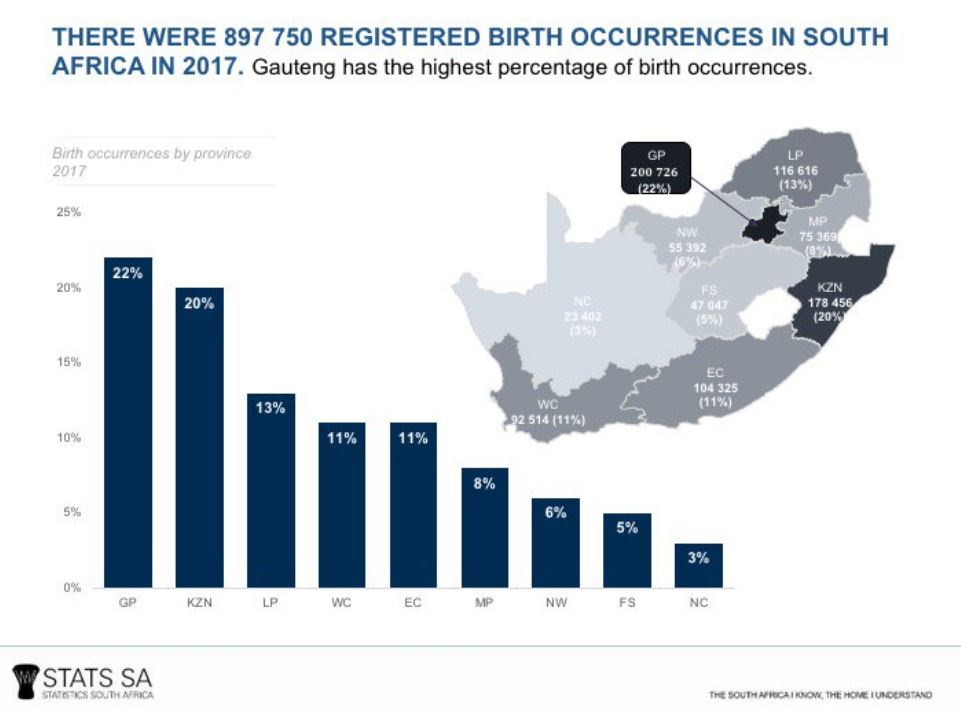 Statistics SA reported that there were more boys born than girls in 2017. Most babies were born to mothers in their twenties. In 2017, 62% of births recorded no information on the natural father of the child. Related Links
4 in 10 South African car owners have names for their vehicles, according to a new survey
The UK's new royal baby is called Louis — here's why
9 things parents who raise successful kids have in common
Next on Business Insider
These historic SA wines, some from the 1940s, are up for auction - and may fetch R40,000 per bottle