South Africans are now the most restricted travellers in the world - and with options for international travel severely limited, many are looking towards local attractions to fill the wanderlust void.

Fortunately, there’s no shortage of domestic tourism options in South Africa - and for those who prefer to keep to themselves on the road, rather than share a plane with strangers in the skies, road trip options abound.

If it’s more than a gentle open road trundle you’re hankering for, though, one of the country’s hundreds of iconic scenic mountain passes - often packed full of history, remarkable views, and thrilling hairpin bends - might old the answer to brighten up your next trip. There are hundreds of mountain pass options to drive in South Africa, with some provinces boasting dozens of worthwhile routes, and a comprehensive list is nearly impossible to compile - but these are some of the best to consider in each province:

The Eastern Cape has more than 200 mountain passes to consider - but few offer the adrenaline and scenic punch of Bastervoetpad.

Dr. Lapa Munnik Pass, know by most as Bastervoetpad Pass, crosses the southern reaches of the Drakensberg mountains into the Eastern Cape over a thrilling 20km journey. It’s a high altitude gravel pass that reaches a summit height of 2240 metres, and the road conditions dictate that it’s one best left to those who know how to handle a 4x4 with decent clearance. And probably best avoided all together during inclement weather. But as with most high altitude passes, those who brave it will be richly rewarded.

Surrender Hill in the eastern Free State marks the point where boers surrendered to British troops in 1900. As a result, it’s now a national heritage site - but it also happens to be one of the region's most popular scenic mountain passes.

Surrender Hill is particularly well liked by motorcycling community, who appreciate the well-engineered and maintained roads, and there’s a slightly tougher 4x4 route that leads up to the heritage site. At just under 10km, the road that connects Hekpoort with Krugersdorp is the longest pass in Gauteng. It’s a popular scenic route for weekend travellers, and offers access into the mountains of the Magaliesberg for hikers. The pass may not quite rival those of the more mountainous provinces, but its fairly step gradient and a summit above 1,500 metres make it a worthwhile excursion.

Oliviershoek Pass connects the Free State and KwaZulu-Natal, and the website Mountain Passes South Africa, which is dedicated to the research and photographing of the country's passes. goes as far as to call it “arguably one of the best and most scenic tar passes in the country”.

The road provides easy access to the towns of Winterton and Bergville, and its recent refurbishment means it’s now a much more drivable route. Along the way the road offers views of Sterkfontein Dam, and passes several important historical monuments. 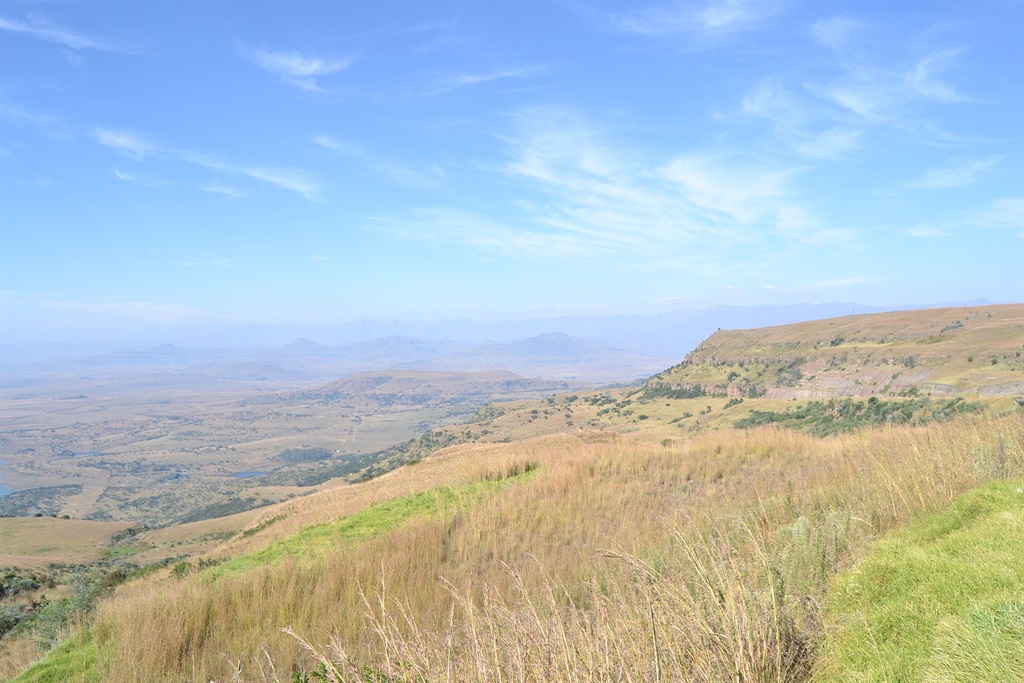 Abel Erasmus Pass, which connects the towns of Ohrigstad and Hoedspruit, is one of the country’s best-known mountain passes. Its initial accolades came mainly for its remarkable engineering feats, which includes dozens of bends and a 133 metre tunnel, but its scenery also marks it as an impressive drive.

Although a route often traversed by many vehicles and trucks, a slow passage over the pass is a spectacular addition to a trip into the province of Limpopo. Mpumalanga’s Mariepskop mountain pass is a superb scenic route that offers up views of the Blyde River Canyon, the third largest of its kind in the world. The canyon is a noteworthy destination in its own right, but coupled with other sights in the area, such as God's Window and Bourke's Luck Potholes, makes this one of the best scenic pass drives you can take in the country. Olifantsnek can be travelled in either direction, but to get full value for money, and appreciate the rumoured origins of its name, it’s best to approach from the south.

This route along the R24 near Rustenburg will reveal the mountain that some say, from a certain angle, looks like an elephant’s head. The pass itself is short, at just under 2km, and the summit sits at 1,238m - but it’s a popular way, especially for motorcyclists, to tick off a single-day visit to the three dams of Hartbeespoort, Buffelspoort and Olifantsnek.

The Northern Cape is home to dozens of dramatic gravel mountain passes that only the most adventurous road trippers and motorcyclists dare to take. But the distance from main centres, and sometimes rutted roads, are small prices to pay for incredible views of the stark landscape. The Gannaga Pass in the Roggeveld Mountains is one of many that fits this bill - although not particularly long, or treacherous (though it does contain around three-dozen bends, some of which are hairpin), the scenery and influence of the Tanwka Karoo make it a memorable one to traverse.

But the Swartberg Pass stands out for its superb views and plenty of plant and animal life to spot along the way.

It was the last to be built by legendary pass builder Thomas Bain, is arguably one of the best of its kind in the country. A team of convicts built the pass in the late 1800s with the use of only the most basic tools, and many died during construction. Related Links
South Africans are now the most restricted travellers in the world
How to survive a festive season road trip in South Africa during the pandemic
The best road trips to take in SA - including some epic cross-country journeys
Next on Business Insider
Sri Lanka is running out of food, medicine, gas, and money — but the tourists just keep coming