Expensive Swiss mechanical watches don't have much practical use on the field, court, or track, though it's not uncommon to see the world's biggest athletes wearing high-end, luxury timepieces during their events.

Nevertheless, watch brands are eager to sponsor elite athletes, from fighters like Floyd Mayweather to tennis champions like Roger Federer and Rafael Nadal, not for their horological expertise but for their aura — which sells.

We got a helping hand from the experts at Crown & Caliber to determine the make and models of 20 timepieces worn by the world's top athletes.

Scroll down to see them ranked in ascending order of price:

Neymar's love of watches is well documented, with his trip to a Gaga Milano store ending in a $180,000 (R2.5 million) purchase and an endorsement deal.

Despite his own line of timepieces being on the lower end of the luxury watch bracket, it looks as though he has some special editions worth much more in his collection.

Price according to Gaga Milano. "His jaw is famous. His hair is famous. His right arm is famous. Now his left wrist is, too," Alex Williams wrote for The New York Times that year. Last year, Tag Heuer released a special edition Tom Brady chronograph, which retailed at $5,600.

Price according to Crown & Caliber. When Andy Murray won his first Wimbledon Championship in 2013, he was a Rado brand ambassador, and as soon as he won, he reportedly hurried to slap on his Rado Hyperchrome.

He put it on so quickly he didn't notice that it was seven hours out. He has since dropped Rado as a sponsor and instead works with brands such as Jaguar and Under Armour.

Price according to the Daily Mirror.

David Beckham is one of the major sponsors for Tudor's Born to Dare campaign and is often seen wearing one of the brand's highly popular watches.

Beckham sits alongside other high-profile ambassadors of Tudor such as Lady Gaga and the New Zealand All Blacks rugby team.

Price according to Tudor.

Thank you for the birthday wishes and special gift @omega #OldTimepiece ????

Rory McIlroy seems to be very happy with his partnership with Omega, according to his Instagram. He must have a pretty big collection of them by now, as not only will Omega gift him certain watches (see clip above), but he is also given a new timepiece when he wins certain golf tournaments.

Price according to Omega. Tiger Woods is in the midst of a ridiculous comeback to the zenith of golf — rising 1,173 places in golf's world rankings in just 8 months.

Rolex will be breathing a sigh of relief, as they bet big on the golf star's return to the top when many brands were dropping him from their rosters.

"Tiger Woods still has a long career ahead of him, and […] has all the qualities required to continue to mark the history of golf," the company said in 2011 when they announced the sponsorship deal.

It looks like their investment is finally paying dividends.

Price according to Crown & Caliber. Roger Federer is one of Rolex's best-known ambassadors, and you won't see him lifting a trophy without one of the luxury watches on his wrist, each of them hand-picked to match the tournament.

Back at the Australian Open in January, Federer lifted an impossible-to-find Rolex Sky-Dweller in stainless steel along with the trophy.

The Sky-Dweller is the most complicated watch that Rolex makes, according to Hodinkee.

While this watch was probably provided for him by Rolex, Federer wouldn't have much of an issue buying it as he was this year's fourth highest-earning athlete.

Spotted! A Champion only deserves the best, @Cristiano looking effortlessly cool in his unique TAG Heuer Calibre Heuer-02T COSC! Thanks for the share #Regram #TAGHeuerIsFootball

Cristano Ronaldo is the highest-paid athlete in the world, and a lot of that money comes from his numerous endorsements, one of which is Tag Heuer.

While it's a mystery exactly which and how many watches he owns, here he's spotted wearing the Tag Heuer CARRERA Heuer-02T. The price of his exact model is unknown as it is listed as "unique", but the black panther version of this watch, which is limited to 250 pieces, goes for $20,200.

Price according to Tag Heuer.

To go along with his three green jackets, Phil Mickelson has a sponsorship deal with Rolex and has been seen wearing various models. Here he is proudly showing off a Yachtmaster 40 which comes with Rolex's patented Oysterflex bracelet and is made from rose gold. In 2016, NBA legend Michael Jordan received the Presidential Medal of Freedom from President Obama — you may remember the memes.

What you may not remember, though, was Jordan's wristwear, which happened to be a IWC Big Pilot Platinum Limited Edition, ref. 5002-02, according to Hodinkee. The limited edition timepiece was made in only 500 pieces, according to Watchfinder&Co., and was on sale from roughly 2003-2006. Out on a nice float. Sometimes it is nice not to drive, but to be driven.

Conor McGregor is known for his massive displays of wealth and love of all things expensive. Here you can see him wearing a yellow gold Rolex Sky Dweller on a brown alligator strap.

While this is perfect for a man who is constantly in different time zones, McGregor is also known for having a varied collection.

These were produced by Hublot at the start of the 2016 athletics season to commemorate Bolt's career and his final season on the track.

With a depiction of his silhouette doing his signature lightning pose in one of the subdials, the watch is truly one of a kind, just like Bolt himself.

Price according to Hodinkee. Elina Svitolina is one of the Ukraine's top tennis stars and is currently ranked number seven in the world. Since she has partnered up with Swiss brand Ulysse Nardin, she has been spotted wearing multiple models by them.

Here she is wearing the rose gold and diamond covered Marine Chronometer.

Price according to Ulysse Nardin (not available online). 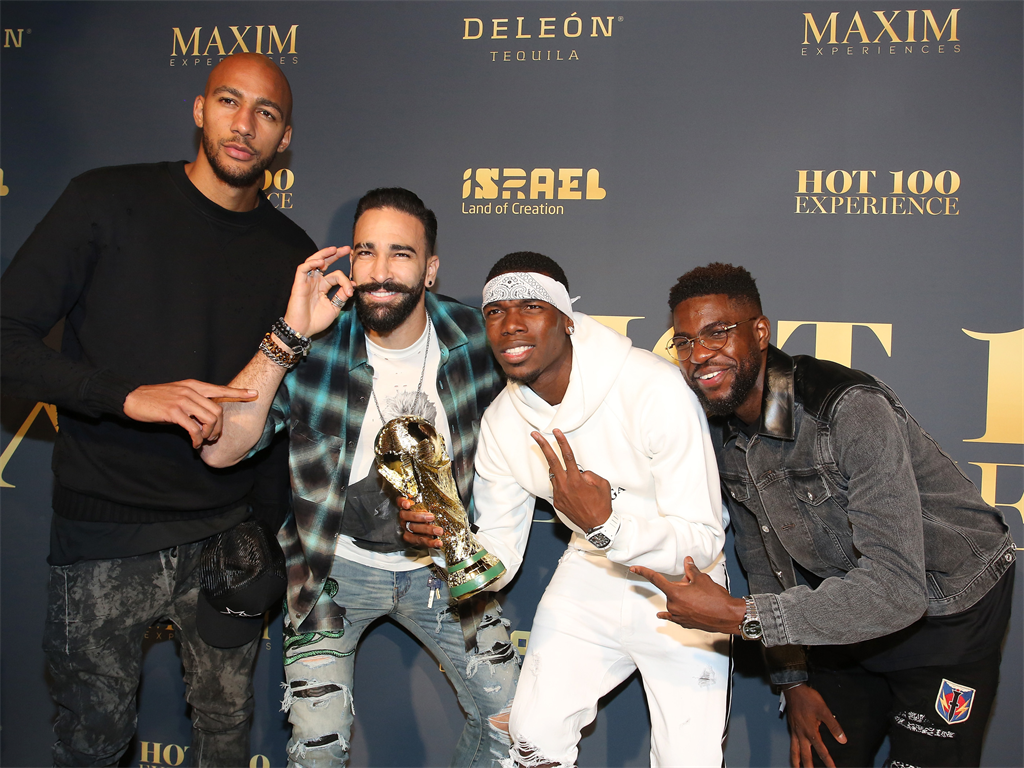 It's even less surprising when you consider that Pogba signed a 10-year sponsorship deal with Adidas in 2016 worth £31 million ($40 million/R576 million).

Price according to Watch Collecting Lifestyle.

Anthony Joshua is quickly becoming one of the biggest names in UK and international sport.

Away from fighting, Joshua's company AJ Boxing and Commercial makes money through 12 sponsors, gym ownership, and an athlete management business.

One such sponsor is Audemars Piguet, who likely gifted him this watch.

Price according to Business Insider. Rafael Nadal is a big ambassador for Richard Mille and one of the very few athletes on this list who wears their watch while competing.

His specially designed Richard Mille RM27-02 was made with top-of-the-line shock absorption technology for a mechanical watch with a design inspired by racing car chassis. There is also orange in the design to reflect the clay courts of Roland Garros, where Nadal has dominated for so many years. The truly absurd looking spiked bracelet watch is made of white gold and encrusted with 65 carats worth of precious stones. The watch face itself is hidden beneath one of the spikes and is powered by a calibre 2701 quartz movement. Williams has been sponsored by Audemars Piguet since 2014. Lewis Hamilton and the entire Mercedes F1 team is sponsored by IWC. Therefore, Hamilton gets to wear a lot of rare and limited edition IWC watches.

The one pictured above is believed to be an IWC Big Pilot Perpetual Calendar in yellow gold, but no price for this watch can be found publicly. IWC did not respond to Business Insider's requests for a price on the watch.

Related Links
Rafael Nadal wore a R9.4 million watch while he was winning the French Open
The world's most expensive superyachts come with helipads, movie theaters, and swimming pools —...
Garmin just unveiled a new series of watches for serious athletes — here's what they can do
Next on Business Insider
Nestle is flying baby formula from Europe to the US to help tackle nationwide shortages