The most expensive streets in KZN, where average house prices are more than R10 million 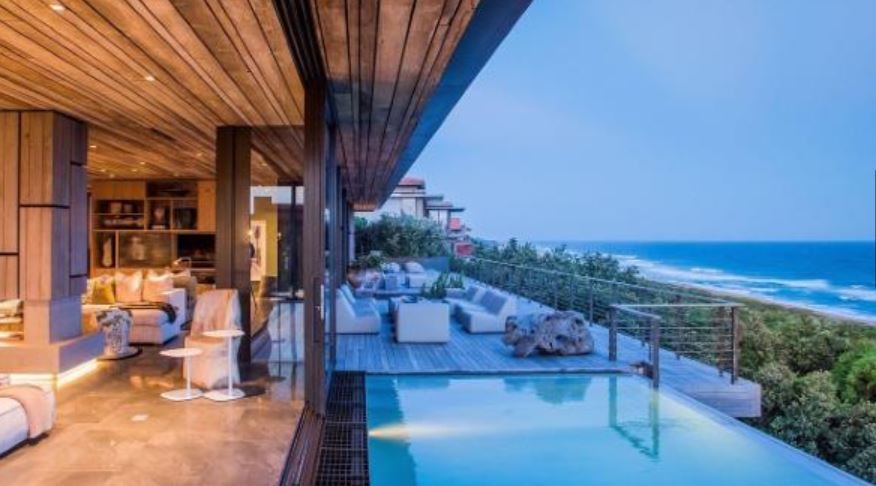 This 5-room house in the Zimbali Coastal Resort & Estate, Ballito is currently in the market for R70 million. Photo: Property24/Seeff

Residential property prices in KwaZulu-Natal have been lagging behind the rest of the country.

The latest numbers from the property research group Lightstone shows that house prices in the province rose by only 2.8% in the past year, compared to the national average of 3.4%.

Still, the province has no shortage of high-value properties. Measured by the total value of its properties, Umhlanga ranks among South Africa's top ten highest valued suburbs - along with other areas like Bryanston, Midstream, Rondebosch and Fresnaye.

Here are the most expensive streets in KZN:

This 6-bedroom house in Michal Avenue is currently on the market for R16.5 million. It overlooks the Oppenheimer Estate which has indigenous forests, and offers "multi-layered" security. This 7-bedroom house is in the market for R19.5 million in Milkwood Drive. The 660 square meter home is set on the front row of the estate, on the beach. Related Links
Here’s why the majority of homes being built in SA now are flats or townhouses
These are the 10 most expensive streets in Gauteng - and nine of them are in the same suburb
South African homes keep losing value – and will keep getting cheaper in real terms for at least...
Next on Business Insider
Facebook parent Meta erases $42 billion in market value after Snap warning rips social media stocks