The iconic Milkybar is about to get a coconut makeover in South Africa – and believe it or not, our tasters very much approved 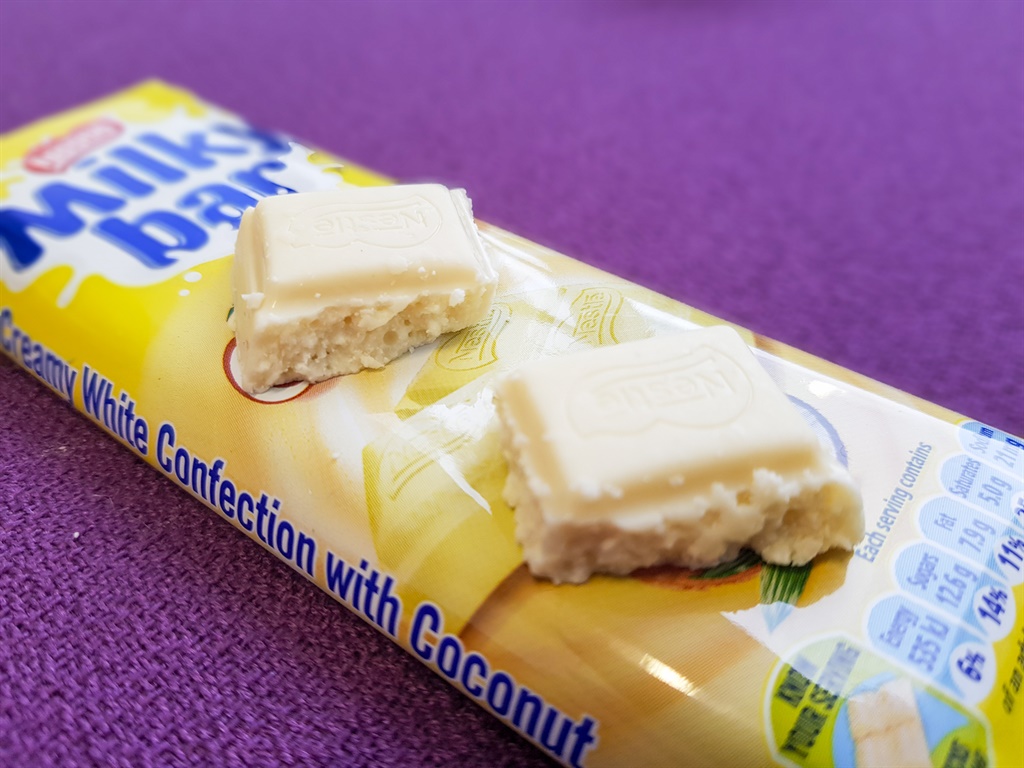 The iconic Milkybar has been remade with the addition of Jelly Tots, Smarties, and popping candy. And now it is about to come with in an even more exotic and – according to our tasters, delicious – version.

In mid October, Nestlé is due to release a limited edition Milkybar with 7% of dried grated coconut.

It not only drew general approval, but one of our tasters even described it as bordering on heavenly. “We aim to deliver a great taste with a nice contrasting texture of smooth and creamy white chocolate and crispy coconut,” said Villela. A serving size portion, which ends up being about four blocks, is packed with 535 kilojoules of energy.

If you can’t stop at just four pieces, an 80g bar comes in at around 1,872kj - a quarter of your recommended daily kilojoule intake.

Tasters said polishing off a bar wouldn’t be too difficult. "It’s one of the best chocolate combinations I’ve tried, and I think I might prefer it over the original. I’ll definitely be buying it when the white chocolate cravings set in,” said one taster.

Another described it as a new favourite: "So creamy and smooth, and I love the coconut in there – not overwhelming at all.".

“It’s very clever that they have used the coconut to slow down the speed at which the chocolate dissolves away over the taste buds. There’s also a lovely coconut flavour that comes through after the white chocolate which increases the pleasure of the experience,” said another taste.

But the new flavour wasn’t a universal winner. “I enjoy the subtly of the coconut flavour. It doesn't overpower the Milkybar taste that I know and love. However, I don't enjoy the little pieces of coconut that linger after a bite,” said one taster.

“It was not bad, but I will not buy it – the Cadbury one where they use coconut and cashews is much more tasty…also did not like the coconut in the milk chocolate combination – maybe I would have liked it more when combined with a darker chocolate,” said another.

Related Links
We tried de-alcoholised South African wine - and it took us by surprise
We tried the new coffee-flavoured Bar One – and it didn’t have the kick we were looking for
South Africans are now so good at sniffing out discounts that it’s getting scary
Next on Business Insider
Avocados are 40% cheaper due to higher harvests, but consumers are too constrained to buy them