The 31 hotels everyone should stay at in their lifetime, according to the man who tests them out for a living Every globetrotter has a bucket list of must-travel destinations — but sometimes the hotel is the draw in and of itself.

Philippe Kjellgre, the founder of PK's List, knows this more than most.

Originally the founder of luxury hotel website Kiwi Collection, Swedish-born Kjellgre has written seven travel/hotel books, runs a travel advisory service for high-profile clients, as well as a newly-launched hotel app — and he's currently on an 800 day trip around the world to visit over 1,000 of the world’s best hotels across all seven continents.

Read: The 5 cheapest places for South Africans to travel to right now

He was flying from Tokyo to Sydney when he spoke to Business Insider, and says that he has so far visited "most of Africa, all of Asia" and is "now heading [to] the Pacific, then the Americas after that."

The goal? To visit the best hotels on the planet in person so that users of his app know every one has been personally vetted by him.

"I decided to travel for 800 days non-stop, for two and a half years, and I'm on day 400-and-something," he told Business Insider, adding that he's already been to all of the hotels in the past, but "had to go back and prove I've been there."

"I'm travelling the world visiting the hotels, proving it through social media, then adding them to the app," he said.

The app — which costs roughly R1,333 ($99) a year — allows users to search for anywhere in the world and see which hotels Kjellgre personally recommends within their budget. "You can press call or email and contact them directly," he said, adding that it's "all my research in your pocket."

Kjellgre said he grew up travelling, and had been to about 100 countries by the age of 25. Now, he says he's personally stayed in about 2,000 hotels in 139 countries.

After constantly being asked for advice, he decided to start a bespoke travel advisory service after leaving Kiwi Collection — where he is still a shareholder — a few years ago, and now caters to three tiers of business. The top tier is invitation-only for "ultra-high net worths" including royals, according to Kjellgre, who says they pay him a retainer to help with travel advice and work his connections and access.

He has a team in London and people "scattered all over the world" — and claims to have personal relationships with "about 3,000 general managers in about 330 countries."

Still, he says he's "not the type of person who only stays in super high-end hotels" — although he says "not every hotel is great."

We asked Kjellgre for his pick of the absolute best hotels on the planet that everyone should visit in their lifetime.

Scroll down to see his bucket list selection, ranked in ascending order by the starting cost per night. This is "the original Icehotel, located in Jukkasjärvi, Sweden — 200 km north of the Arctic Circle," according to Kjellgre. "This is a world famous hotel and an art exhibition made of ice and snow." "Voted the most romantic in the world, it’s the only hotel that’s on the lake and became world renowned when the James Bond film ‘Octopussy’ was filmed at it." "It’s like being at home but better, because the decor, lighting, and service is just perfect, even down to the potted plant in your bathroom. I think this is one of the very best boutique hotels anywhere. As close to perfect as it gets." 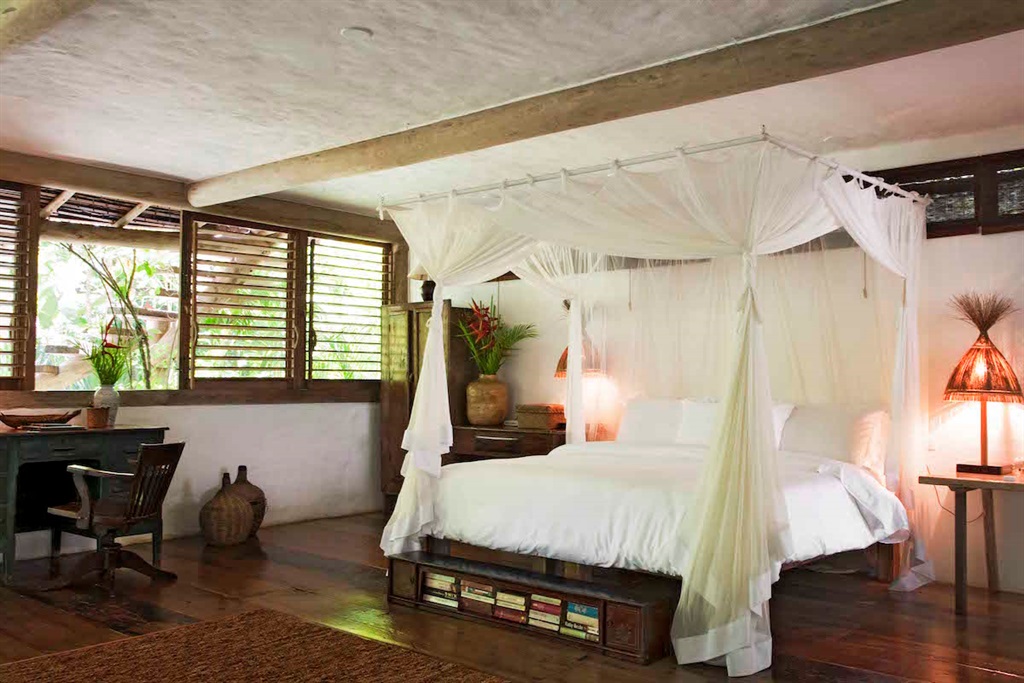 "Rustic beach elegance — half UXUA's casas here date back 500 years to the village's founding. They were restored by designer Wilbert Das in collaboration with local artisans using traditional techniques and reclaimed materials." "The epitome of what the French Riviera is all about, this is also the most private of any hotel on the Cote D’azur, a boutique hotel in its own gated estate on a peninsula. It’s a place where celebrities from all over come to escape the crowds and appreciate complete privacy." "The most iconic of hotels on Lake Como, any bucket list must have this hotel on it." "With passionate owners realising a dream of creating an authentic mid-western village, the traditional buildings were brought across the US and renovated to perfection. It's like a journey through an old western movie but with stunning interior design, a true hidden gem." "Probably one of the most stunning panoramic views anywhere, on the dramatic coast of Big Sur, paired with really unique design." "The villas and ancient trees that make this hotel special were saved from demolition 15 years ago. It took over 15 years to build the hotel — the villas were put back together brick by brick and trees were transported 700km and then replanted facing the same direction as before they were uprooted. This is the newest of all Aman's resorts just outside Shanghai, simply an incredible story." "The most iconic of hotels situated on an isolated rock on the best beach in St Barths, this is a star-studded resort with impeccable taste." "Ultra cool design in the alps, a luxury hotel village near the centre of Courchevel 1850." "A classic reborn, after a long closure and extensive renovation this is Paris' most iconic and luxurious destination." "A luxury hotel in the regal 16th century Papadopoli palazzo, [this is] Italy with old master frescoes and private gardens set on the Grand Canal." "Surfer’s paradise combined with great service and accommodations, taking barefoot luxury to a new level, located on the large island of Samba a one hour flight from Bali." "One of the most stylish hotels anywhere with stunning views of Positano. A hotel for the person in the know."

"Cool design in a stunning location on Tasmania's east coast, the oyster farm experience is unique and memorable as you stand in the water with a white cloth-covered table and eat others you’ve just gathered." "Not only is the wildlife viewing incredible, the lodge is perched on a ridge overlooking Malilangwe Dam where crocodiles, hippos, and exotic birds come to play, the most unique of all safari lodges." "Far out to the east of Hawke’s Bay wine country, The Farm at Cape Kidnappers sits atop rolling hills and rugged cliffs that give way to vast sea views and an ever-present horizon. Home to not only a lodge and spa, this unique property also boasts one of the world’s top golf courses." "Understated in style, it feels like a luxurious ryokan with spanning views of Tokyo and the Imperial Garden’s a new level of luxury." "Visiting Bhutan is magical and the lodging and staff at all five Amankora lodges go out of their way to make your experience authentic and exceptional." "The only real luxury resort in the Grand Canyon with its incredible pool built into the rocks." "The newest and definitely the coolest design of any of the lodges in Rwanda, this is the place for gorilla watching." "If you love elephants, you can get up close and personal with them here. [There are] cool designed large safari tents where three countries in the golden triangle meet."

"Located in the most southern tip of South America in Torres del Paine national park in Patagonia, on the shores of Lake Pehoe, it has breathtaking views of the Paine ridge and the granite towers." "A private island only accessible by helicopter, where else can you visit a magnificent forest to go on a lemur safari by helicopter? These are absolutely stunning private villas scattered on the beach." "The most luxurious resort in the Maldives, and definitely the nicest villas you can find all with large private infinity pools." "Formerly the home of Marlon Barndo turned ultra luxury resort, probably one of the most luxurious resorts in the world." Truly the "best of the best" according to Kjellgre, this is "a private and exclusive" hotel in Fiji. "No expense has been spared at the exclusive tropical hideaway, where 25 Fijian-styled villas are set amid coconut plantations beside deserted beaches and atop the island’s volcanic mountains overlooking fertile coral reefs and endless jungle." "A cutting edge safari lodge, bold and contemporary in design in Kruger National Park with its own privately-leased concession. Also 100% solar powered." "The most exclusive island getaway in the Seychelles, a private island, this resort is the epitome of freedom and privacy in a luxurious yet barefoot luxury retreat."

Related Links
Forget early retirement — people who saved enough money to travel for weeks or years say a...
The 21 most powerful passports in the world
10 of the most remote hotels in South Africa - from sleeping in caves to tree houses
Next on Business Insider
Are you depressed or just burned out? How to tell the difference and get the right treatment