Booker Awards nominated Karen Jennings did not have an easy road when it came to getting recognised for her writing talents.

The South African author who currently resides in Brazil with her scientist husband, struggled to find a publisher for her third novel, An Island  which has been longlisted for the Booker Prize Award – the world's leading international literary award.

She had written the book in 2017, about Samuel, an old lighthouse keeper, who inhabits an island on the coast of Africa, who then has his solitude interrupted by a young man washed up on the shore. 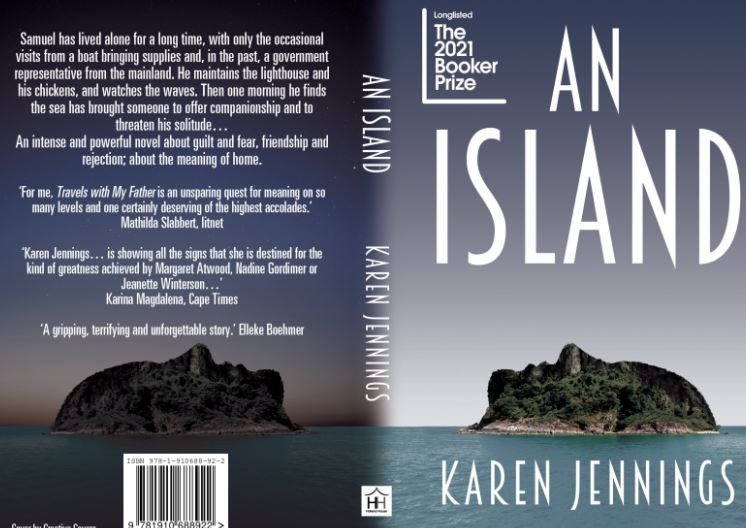 Though the book is now receiving praise, back then no one was willing to publish it. This changed in 2020 when Holland House, a micro-publisher, took a chance and published 500 copies of the novel.

The publisher saw something in the now 38-year-old author, who aside from writing novels makes a living publishing collections of poems and short stories, all while juggling academics and freelance stints.

Her nomination for the Booker Awards is not the first time Jennings, who has a PhD in Creative Writing from the University of KwaZulu-Natal, has been recognised for her writing. Her debut novel Finding Soutbek was published in 2012 and was shortlisted for the inaugural Etisalat Prize for African Fiction. In 2016 she published her memoir titled Travels with my Father.

These were followed by her debut poetry collection, Space Inhabited by Echoes in 2018. She also published Upturned Earth in 2019. All work, no play

Despite her output, and the nomination for the Etisalat Prize, it did not see Jennings break out of the cycle of juggling writing, doing freelance jobs and being in academia for the past nine years.

Even with an empty bank account, Jennings says she is not here for the money but is motivated by her passion for writing daily.

“I have always known, from at least grade two, that I wanted to be a writer. I was always writing poems or scribbling little stories as a child,” she said.

“It has not been glamorous. In fact, it has been incredibly difficult. While my friends have houses and cars and salaries and careers, I have an empty bank account and not much else.

“But I am doing what I have always wanted to do, for that I am grateful,” she said.

According to Jennings, the success of a books all starts with the author and ensuring they write their manuscript to the best of their ability.

“It is the author’s duty to themselves and to the text to write the best version of their manuscript that they can,” Jennings said. “That means many, many rewrites. You cannot right one draft and think you are done.”

This is followed by the work of a good editor, one who also understands the vision of the writer. The rest, according to Jennings, will fall into place after.

Reviews are important, but “a review is worthless if the manuscript hasn’t been given the attention it requires to be as good as it possibly can be,” she said.

Unlike many authors who measure the success of a book based on sales figures, Jennings believes it’s all about how you feel about your work.

“For me, it depends on how I feel about any manuscript once I have finally finished writing the various drafts. If I get to the end and feel a thrill pass through me, then I am satisfied, she said.

“I enjoy that feeling because it doesn’t last very long. I think many writers, or artists in general, have this sense that their work is never good enough,” Jennings added.

Jennings says she has always known she wants to be a writer but, in her twenties, she waited for writing to “happen” to her – a mistake many aspiring writers make.

“There can be no waiting. To be a writer, one must write,” exclaimed the author.

The Booker Prize nominee, who says she does not consider herself a professional writer, warns that being an author simply for the money might not be as rewarding.

“‘Professional’ has connotations of money attached. I assure you, I have never earned more than around R2,000 a year from my royalties.

“Fortunately, I have never been motivated by money. I write because I love to write; there is no other reason,” she said.

The buzz around An Island might not necessarily mean her books will now become best sellers, it does mean Jennings will be taken more seriously as a writer.

Even so, she recalls how difficult it was to get the reading public to notice the book, given that it had no press reviews, until it was recognised by the the Booker Prize.

“It was a very lonely time. Now the emails are rushing in. I do, though, understand that this attention is temporary. The only certain thing is that getting reviews next time might be easier."

Related Links
Mandela’s grandson is auctioning his books as NFTs – starting at under R4,000
I'm a neuroscientist. I'm not worried about how screens will affect kids' brains - here's why.
This South Korean toilet powers a university building and lets you buy food and books after you poop
Next on Business Insider
Sunflower and canola oil prices may decrease by 30% and 15% in the next two months