The 5 rarest cat breeds in South Africa, including a werewolf cat which costs R15,000

When it comes to choosing a feline companion, would you be happy with a cute tabby or ginger kitten – or would you be prepared to fork out up to R15,000 for a cat so rare you may have to wait a year or more for a kitten?

Johan Lamprecht, president of the Cat Association of Southern Africa (CASA), singles out the Singapura, Selkirk Rex, Lykoi, LaPerm, and Japanese Bobtail as the five probable rarest cat breeds in the country today.

See also: Dogs get their own menu - which includes ice cream - at this Cape Town restaurant

Business Insider South Africa spoke to the handful of people involved in the breeding of these rare felines to find out more about them. The world was agog when a cat with an uncanny resemblance to a werewolf was first discovered, and the Lykoi (the name is a Greek word which means ‘wolves’) became a viral sensation. These almost hairless cats are a natural mutation from ordinary house cats.

Anthony Aldum became involved with the Lykoi because he loves their looks and has always been interested in helping to establish rare breeds. With breeding cats selling for $3 000 to $5 000 (about R43 500 to R72 500) and with flights, permits and custom fees to pay on top of that, getting a breeding programme going has been a costly business, says Aldum.

But it has finally borne fruit: after a wait of five years, his first Lykoi litter of three kittens has just been born. At only a few weeks old, they have already attracted attention both locally and overseas. Aldum says he has received several requests for kittens, and his Facebook group for Lykoi cats boasted 126 members after just 28 days.

Kittens are sold for R15,000, and he reckons those who want one could be in for a wait of six months to two years. Luki, owned by Sonya Lindeque, was CASA's Kitten of the Year in 2017. Photo: Johann Theron.

This new breed has already made its mark on the show bench with Luki, owned by Sonya Lindeque, scooping the CASA Kitten of the Year title in 2017.

Originally from Singapore, the Singapura is the world’s smallest pedigreed cat. Ossama Ayyoub was won over by the bright and playful nature of the breed. “The Singapura is also very beautiful, with facial make-up and big, beautiful eyes,” says Ayyoub. He spent four years building up a friendship with a world-renowned breeder from Australia, eventually paying R95,000 for a breeding pair, with a third soon to be on its way. An average litter size of two ensures the scarcity of these charming cats. 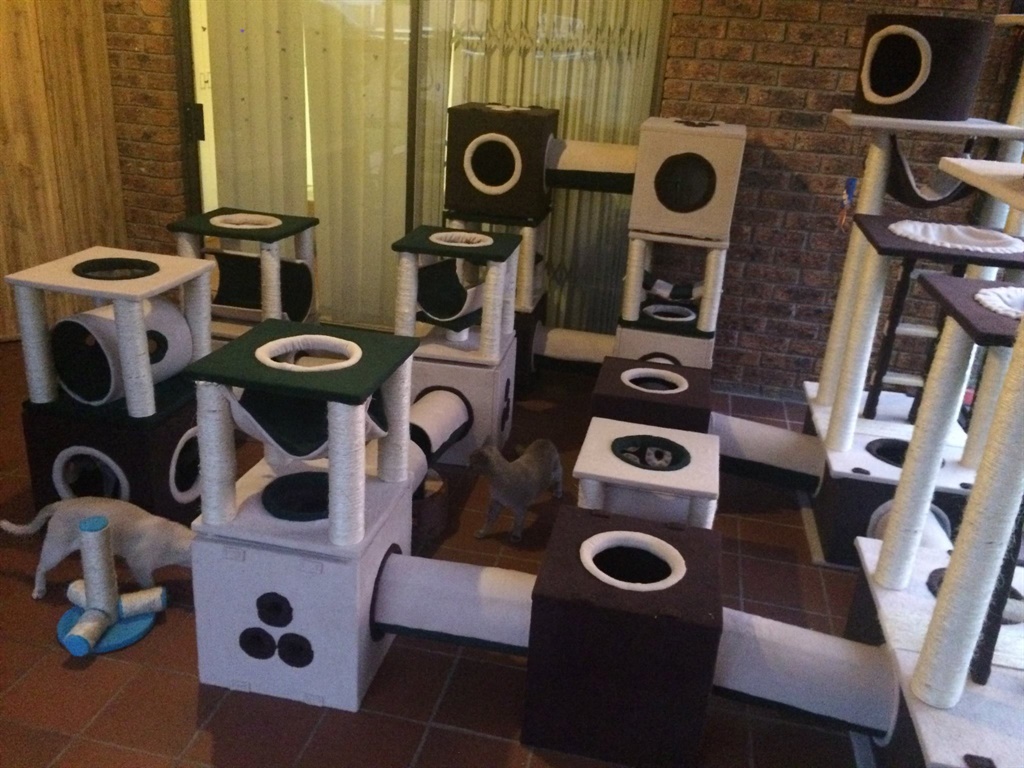 His first litter is yet to come, but Ayyoub reckons he would price a kitten at “somewhere around R10,000”.  And with a custom designed playroom that cost R45,000, fine foods like raw steak, chicken drumsticks and fish livers on the menu at a cost of R1,000 per month and top quality kitty litter costing a monthly R300, Singapura babies are assured of a place among feline royalty.

Imagine a cat that looks like a hairdressing disaster, and you have a pretty good picture of the LaPerm. 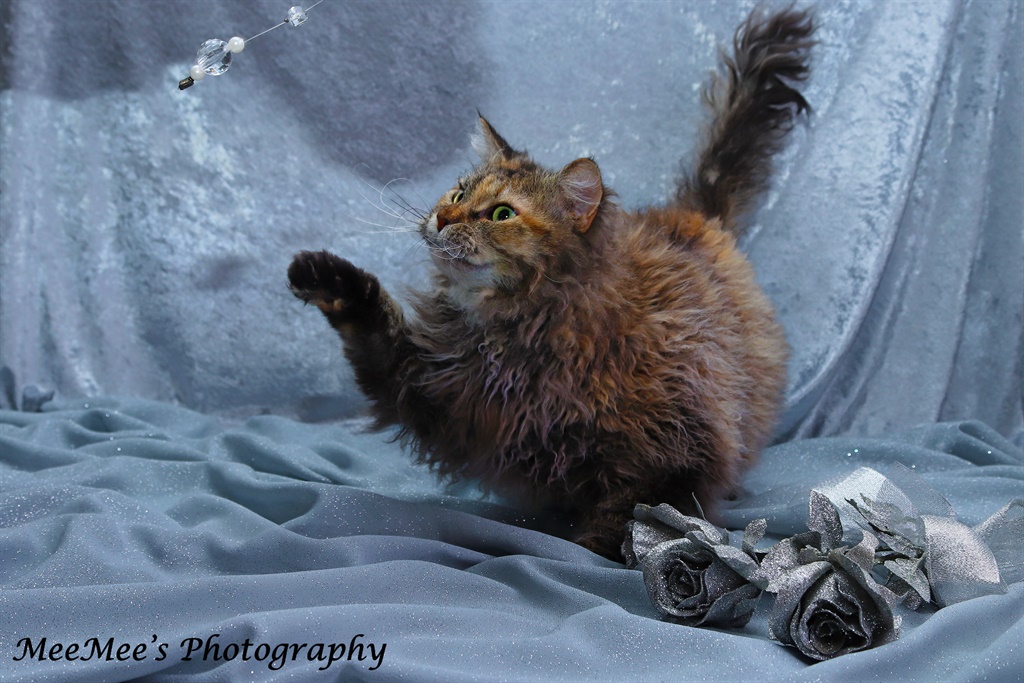 The LaPerm’s main drawcard is its personality, says Grant Leih. “This breed is mischievous and provides endless entertainment and the deepest love and loyalty,” says Leih. Surprisingly, those curly coats never mat and never need grooming.

He started breeding LaPerms by “the happiest of accidents”, when his search for one as a pet eventually led to contact with a breeder from New Zealand. Keen to spread the breed in another part of the world, this lady was willing to export a cat to South Africa with flight charges the only costs. Says Leih: “LaPerms remain my favourite breed and I couldn’t imagine a day without them.” Pr Silkenclaw Iced Doughnut (this is the title and pedigree name of the cat), bred by Grant Leih. Photo: Grant Leih.

“Sadly there are not many queries, for the Selkirk Rex in particular,” says Leih. This, he says, is “rather odd as it is one of the greatest success stories in Europe and the US”, where breeders often have long waiting lists and command competitive prices. “There has not been a Selkirk Rex born in South Africa since 2016,” says Leih.

Kittens for both breeds, when available, currently cost R4,900.

An ancient breed known in Japan for over a thousand years with a rabbit-like tail resembling a pom-pom, the elegant and athletic Japanese Bobtail is perhaps the rarest cat breed still with breeding potential in South Africa today. Thea Lamprecht, wife of CASA president Johan Lamprecht, says they started a breeding programme with their first Japanese Bobtail, Shadofax Madam Buttafly, who became a “legend in our household, at cat shows and among our friends”. She died last year at the venerable age of 18. For passion, not profit

If you thought breeding rare cats could be a smart way to make a fast buck, think again.

South Africa's harsh economic realities have hit the cat fancy. “(Emigration) has made a considerable impact on the selling of all pedigreed breeds of cats,” says Leih. He adds that the shrinking number of cats on the show bench, down from 500 fifteen years ago to an average of just over 100 today, has mainly affected the rarer breeds.

Breeders with an eye on the money usually fail. “The hobby is undertaken for the love and passion of your chosen breed,” says Leih. Breeders find it almost impossible to recover all their costs, even if people are paying anything between R4,000 and R16,000 for a kitten.

“It is a huge investment capital-wise and all we hope is to be able to recover some of that over the next three to five years,” says Aldum of his Lykoi cats, adding that any so-called profit is spent on sourcing new lines to improve health and the gene pool.

Ayyoub says it is “impossible to make even a single rand profit in breeding Singapura cats” and that his sole aim is to breed healthy and beautiful felines, regardless of cost.