One of the rescued boys places flowers in front of a statue of Saman Gunan, the Thai Navy diver who died during the rescue of the team from the Tham Luang cave, during the first anniversary of their rescue in the Mae Sai district of Chiang Rai province on June 24, 2019.
JITTRAPON KAICOME/AFP/Getty Images

It's been one year since 12 Thai soccer players and their 25-year-old coach were rescued from a cave after being trapped inside with little food or water for 17 days.

The harrowing ordeal captured the world's attention, and the young boys became celebrities almost overnight. Several books have been written about the boys' ordeal, and in April Netflix announced it secured a deal for a film about the mission.

One year on, the boys - still known as the "Wild Boars" soccer team - are said to be doing well.

The boys marked the anniversary of the event by revisiting the cave complex on Monday. They joined a Buddhist ceremony and to honour former Thai Navy SEAL diver Saman Gunan, who died during the rescue mission.

The boys offered foods and flowers in front of a bronze statue of Gunan erected at the cave entrance.

Adul Sam-on described Saman as "like a second father to us".

Scroll down below for some of the most powerful images from the ceremony.

The boys marked the anniversary of their rescue over two days. On Sunday, several of the boys and their coach, as well as local and foreign divers, participated in a marathon and bike ride in the Mae Sai district of Chiang Rai to raise money to improve the Tham Luang cave complex where they survived for 17 days with little food and water.

On Monday, the boys revisited the cave site and posed in front of a mural commemorating the rescue effort. 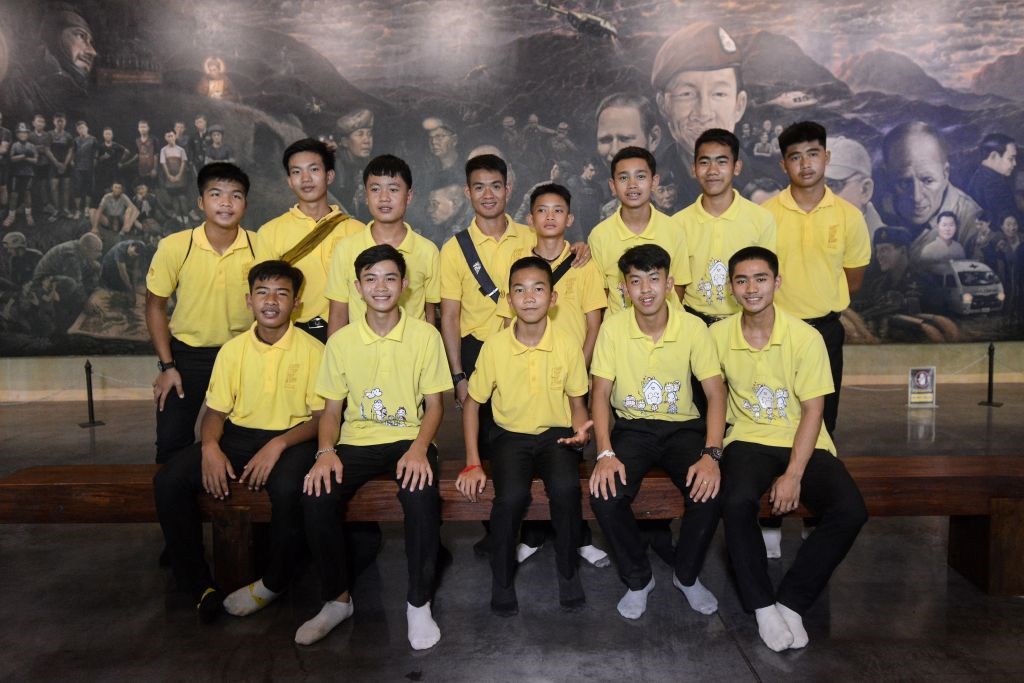 The events were organised by the 13 Tham Luang Co. Ltd., a company established with the help of the Thai government to manage "business opportunities" related to the rescue, according to AP. All of the boys hold shares in the company and their 26-year-old coach, Ekapol Chantawong, acts as chairman.

Ekapol, who was trapped inside the cave alongside his players, addressed the media and thanked everyone who was involved in the days-long rescue mission.

"We promise that we'll be good role models to society, and we also love everyone," he told reporters.

The boys prepared flowers and offered food in a traditional Buddhist ceremony. Young Thai soccer team who were trapped in a flooded cave for more than two weeks mark the anniversary of their ordeal with a religious ceremony. https://t.co/NM3p6P477C pic.twitter.com/fSgmsQ6NZI 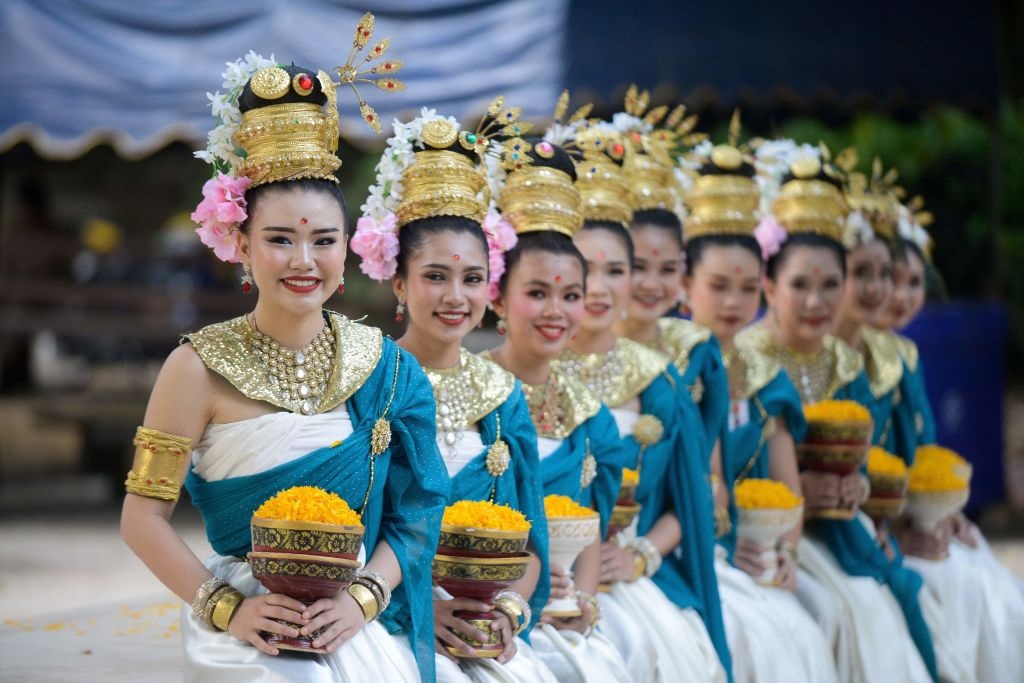 They also performed near the cave site. The boys placed flowers in front of Gunan's statue. The cave site, as well as the surrounding area, has seen an increase in business and tourism since the incident and now features an art museum and souvenir shop, according to SBS.

Hundreds of tourists, mainly from Thailand and Myanmar, flock to the site on weekdays and weekends, SBS said, though the cave remains off-limits to tourists.