A tiny submarine is on its way to Thailand, sent by Tesla CEO Elon Musk to help rescue the remaining members of a youth soccer team who are trapped in a cave.

On Sunday night, Must tweeted that the submarine would arrive about 11 p.m. on Monday local time. That time, however, was later than the ongoing rescue mission was expected to last.

"Mini-sub arriving in about 17 hours," he wrote. "Hopefully useful. If not, perhaps it will be in a future situation."

Rescue divers extracted four boys from the cave Sunday and headed back Monday to rescue the remaining eight and their soccer coach.

Thai officials estimated the rescue operation would take 10 hours and end by 9 p.m. on Monday. Early reports suggest it may progress even faster.

The four boys who were rescued Sunday had to travel about 4 km (2 1/2 miles) with oxygen tanks. They made their way back to the cave's entrance using a 4,8 km (3-mile) rope. They were accompanied by two professional divers each throughout. 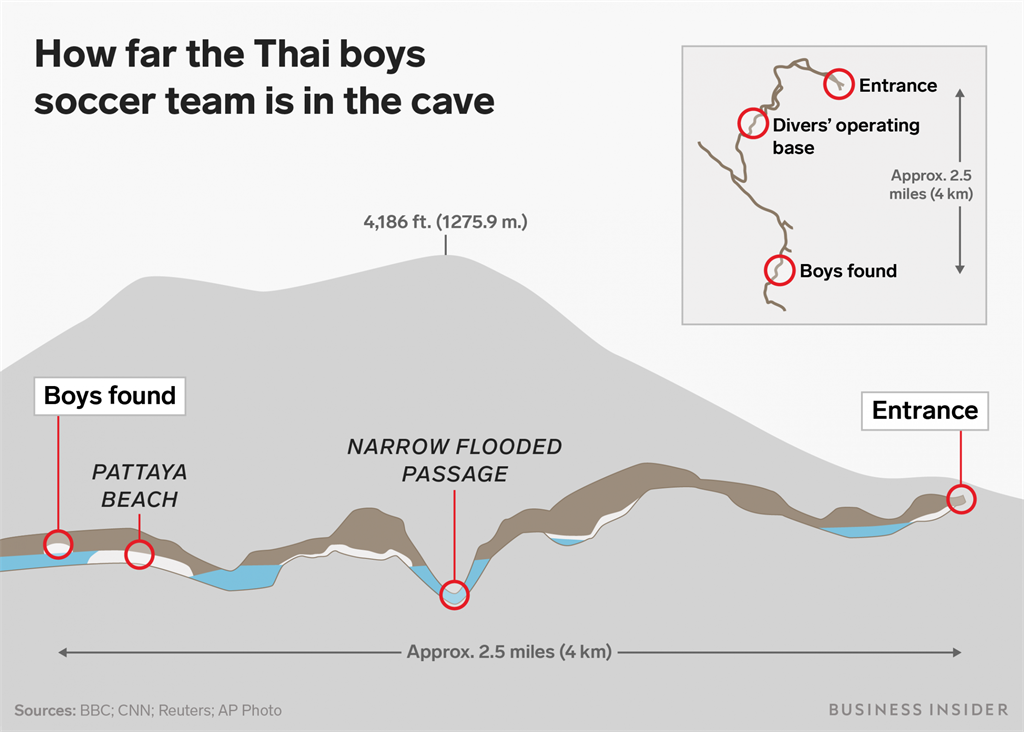 After Musk received an outpouring of gratitude for his rescue plans, he replied: "Thanks, we've not done anything useful yet. It is all other people."

The billionaire entrepreneur has been tweeting proposals and offering his services to the Thai government in its efforts to extract the 12 boys and their soccer coach from a partially flooded cave.

The group was stranded there on June 23.

On Sunday, Musk tweeted videos of his engineers testing a "kid-size submarine" underwater in Los Angeles — a submarine that apparently is now on its way to Thailand.

On Friday, Musk suggested inserting a tube or series of tubes through the Tham Luang cave network and inflating them, creating a tunnel for the boys to travel through without needing to scuba dive.

He added that engineers from two of his companies, SpaceX and The Boring Company, were traveling to Thailand to offer assistance. An ambulance carrying one of the boys rescued from the Tham Luang cave network on Sunday.
Linh Pham/Getty Images