The SA/Zim border may see shorter queues, as the Kazungula bridge opens Monday

The opening of a bridge at Zambia’s Kazungula on Monday, 10 May, should have a significant impact on South Africa, relieving congestion at the infamous Beitbridge border crossing for freight truckers.

Currently, truckers moving goods from South Africa to Lusaka must travel via Zimbabwe, crossing the notoriously congested Beitbridge at the border between Limpopo and its Northern neighbour. But with the new bridge at Kazungula, South Africans can travel via Botswana, bypassing the Beitbridge crossing – and Zimbabwe – altogether.

The bridge has been five years in the making, and the Botswana department of transport and communications announced that it will be open for business as of Monday.

PRESS RELEASE - OFFICIAL OPENING OF KAZUNGULA BRIDGE PROJECT AND ONE STOP BORDER POST FACILITIES The Ministry of Transport & Communications is pleased to announce that the official opening of the Kazungula Bridge & one stop border post facilities is scheduled for 10/5/2021. pic.twitter.com/VHAlGEuVjY

For freight truckers making their way from South Africa to Zambia, ferrying goods from the Port of Durban upwards through southern Africa to reach regional markets to the North, the trip is a roughly 27 hour journey, whether via Zimbabwe or Botswana.

But delays at Beitbridge could add on several hours depending on the severity of the congestion, or the time of year. 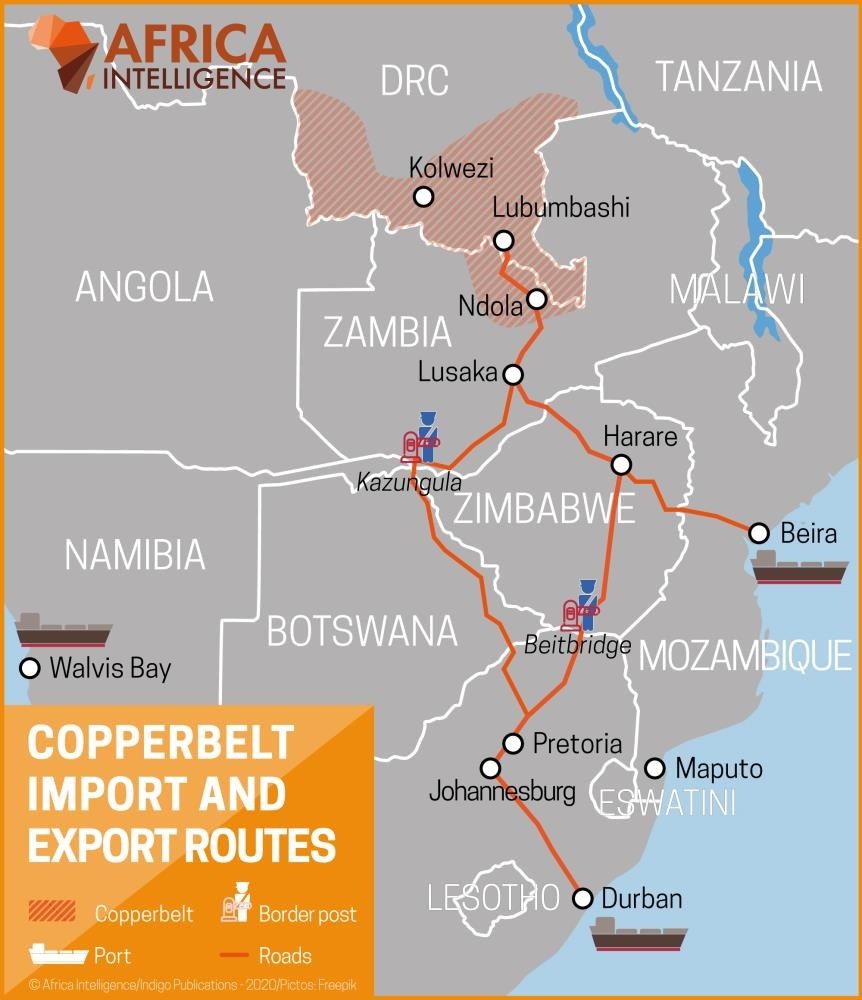 The Kazungula bridge opens on 10 May 2021
Supplied Africa Intelligence

The five-year project cost approximately $269.3 million, according to one of the funders, the African Development Bank Group. About 250 trucks a day are expected to pass through the bridge, once it is operational.

The Bridge and its associated works, is expected to ease access to international markets through connectivity with major seaports as well as contribute to maximizing the operational efficiency of the SADC north-south corridor and enhance regional economic integration.

Spanning the Zambezi river, the bridge straddles the North-South trade route, which runs from the Democratic Republic of Congo to the port of Durban. It will also offer relief to traders, many of whom have had to use unreliable ferries across the river to reach markets on either side of the Botswana-Zambia border.

However, there have been concerns about Zimbabwe losing out on the DRC to Durban traffic, Africa Intelligence reported.

While fewer people crossed the Beitbridge border at the end of 2020, truckers and buses queued for days at a time.

At a briefing in December, Home Affairs Minister Aaron Motsoaledi said over 100,000 travellers had crossed Beitbridge that month. But this was low compared to the nearly 370,000 travellers who had crossed the previous year. The reduction in traffic was partly due to Covid-19 travel restrictions on either side of the border, as well as in Botswana.

Following an oversight visit to the Beitbridge and Lebombo ports of entry in January, the Portfolio Committee on Home Affairs noted a marked decrease in the number of people crossing the borders, congestion remained severe.

Congestion was made worse due to Covid-19 testing at the border. Five people reportedly died while waiting to cross the Beitbridge crossing.