New lawsuit against Tesla alleges that a Model X pinned a pregnant woman against a wall, breaking her bones and sending her into premature labour 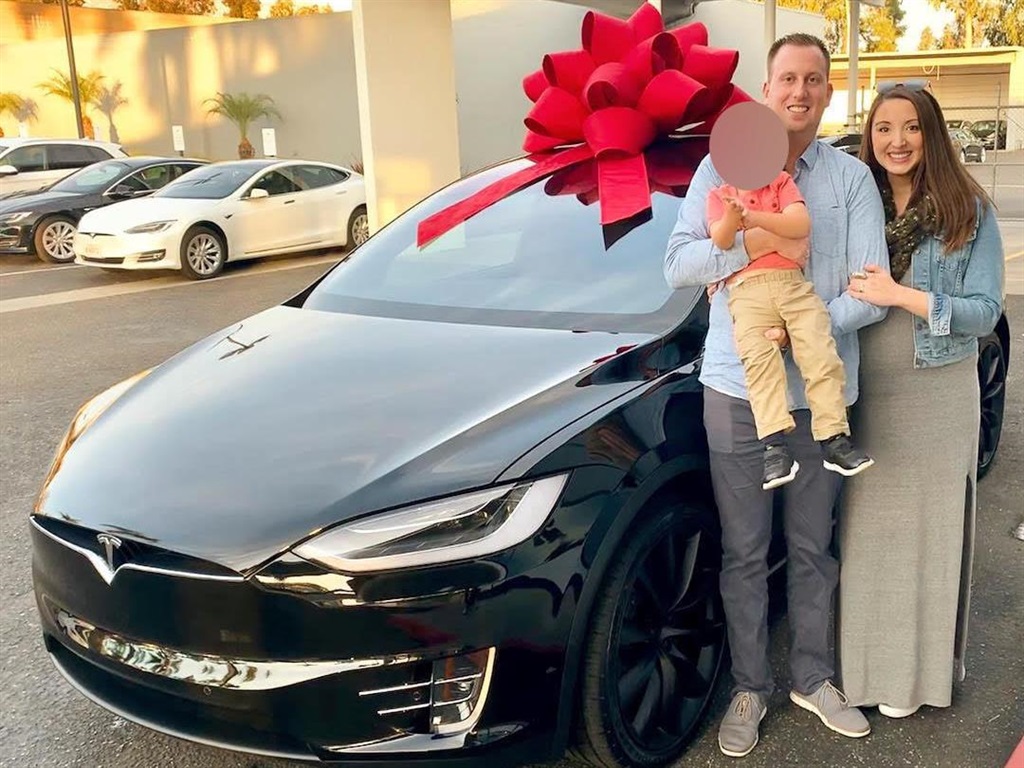 A California woman, Mallory Harcourt, is suing Tesla, alleging that her brand-new 2019 Model X SUV performed an unintended acceleration and pinned her to a wall in her garage. The lawsuit was filed on May 17.

According to the suit, Harcourt was eight months pregnant at the time and the accident sent her into premature labour after breaking her bones. She had just come home from the grocery store and Harcourt's 2-year-old, B.H., was in the car as this was happening, the suit says.

Here's how it happened, according to the lawsuit:

Unintended accelerations are not unheard of in the automotive industry. The lawsuit cites a case from 2013 in which an Oklahoma jury rendered a verdict in favour of plaintiffs who alleged that software issues with their Toyota caused an unintended acceleration, which killed one person and injured another.

Harcourt's suit alleges that Tesla's poor Model X design is at fault. The suit says the car lacks proper driver's occupancy seat sensors, control logic to ensure all doors are closed before acceleration, a simultaneously pushed button on the shifting mechanism to engage the car's drive system, and/or necessary control logic to prevent an unintended acceleration or reversal.

To put a Model X into drive and accelerate it, a driver should have to hit the brake and click down the controls on the steering column to move it from park to drive. Then the driver would have to move their foot from the brake to the accelerator, as with any car.

Harcourt alleges that Tesla knew its Model X was faulty and that the company encouraged its agents to say that it was a perfectly safe car for her and her family, despite knowing that it had design flaws. The suit also cites that numerous incidents of unintended acceleration in Tesla vehicles have been reported to the National Highway Traffic Safety Administration, and the rate of those complaints is even higher than Toyota's.

Harcourt's attorney, Alison Gokal, sent Tesla a letter in February acknowledging that B.H. had lodged himself between the accelerator and driver's seat, but that "very minor changes in code, design and manufacturing" could have prevented the unintended acceleration incident.

Gokal told Business Insider that Tesla has so far declined to share any information about the car's diagnostic log during the incident. But in a response to a letter Gokal sent on February 21, the company did describe the events based on what it recorded in the log.

According to Tesla's letter, the company concluded that its data showed that the vehicle "responded to the operator's inputs, as designed," and said that some of the inputs came from Harcourt's son.

Here's how it went down, according to Tesla's letter:

Tesla also informed Harcourt that it does not have insurance that applies to this particular situation and has said that it would repurchase the car from her at resale value only.

After a similar incident in April 2018, when a Model X crashed into a gym after the driver reportedly hit the brake, a Tesla spokesperson said that in every case when a driver has "suddenly" and "unexpectedly" accelerated that the company has dealt with, the driver was at fault.

"Accidents involving 'pedal misapplication,' in which a driver presses the accelerator pedal by mistake, occur in all types of vehicles, not just Teslas. The accelerator pedals in Tesla vehicles have two redundant sensors that clearly show us when the pedal is physically pressed down, such as by the driver's foot," it said.

Read the full suit below:

Harcourt v Tesla by on Scribd