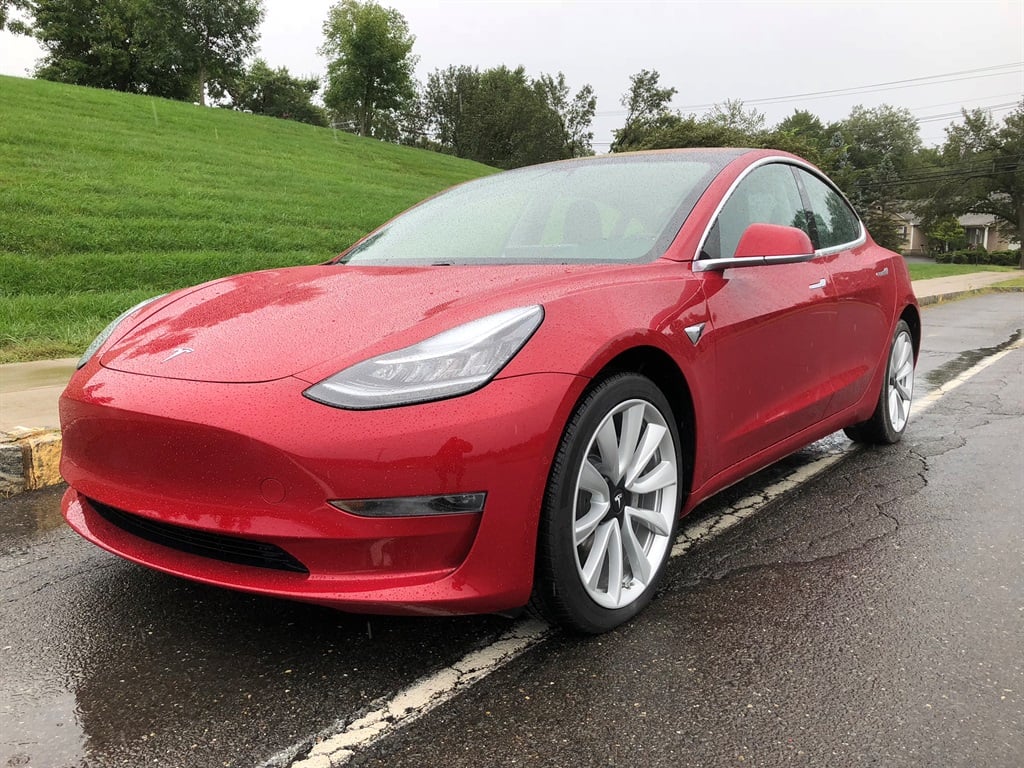 Tesla Model 3.
Matthew DeBord/BI
Electric vehicle company Tesla on Thursday announced that Autopilot, its semi-autonomous-driving technology that used to cost around R40,000 extra, will now be a standard feature across all its cars.

The company added: "We think including Autopilot is very important because our data strongly indicates that the chance of an accident is much lower when Autopilot is enabled."

Tesla could open its first dealership in South Africa by the end of this year.

See also: A new car brand says it could be selling 'affordable' (if weird-looking) electric cars, motorbikes, and 1-ton trucks in SA next year

Tesla also highlighted what it says is positive customer feedback about the technology.

Autopilot as a standard feature is not as robust as the optional full self-driving capability, which Tesla offers as a R70,000 option.

With standard Autopilot, a Tesla vehicle can steer within its own lane in traffic, and accelerate and brake on its own. The full self-driving capability adds "Navigate on Autopilot," which gives Teslas the ability to enter and exit freeways and merge onto freeway interchanges, and also drive around slower vehicles.

As of Thursday, the Tesla Model 3 is also available for lease in the US but, unlike a typical vehicle lease, customers will not have the option to purchase their cars at the end of the contract. That's because Tesla plans to have those off-lease Model 3s join its self-driving ride-hailing fleet.

In 2016, Tesla made known its intention to operate such a fleet, but did not mention at the time that previously leased Model 3s would be used for the program.

Notably, those new details about the ride-hailing service come just hours after Uber filed for its initial public offering. Uber is developing its own fleet of self-driving vehicles. Lyft, Uber's closest competitor that went public in late March, is doing the same.

See also: Elon Musk says Tesla will 'obviously' take on Uber with its own ride-hailing service