Elon Musk just made R140 billion in one day. Here's how the SA-born CEO makes, spends his fortune. The coronavirus pandemic has been an economic disaster for many people, but not for Elon Musk.

The Telsa CEO has made more than $48 billion (R830 billion) between March 18 and August 13, an increase of more than 197%, according to a new analysis by left-leaning think tank the Institute for Policy Studies released Monday. That's significantly more than any other billionaire made during the same time period.

Remarkably, Musk made his billions without ever taking a paycheck from Tesla. The CEO refuses his $56,000 (R970,000) minimum salary every year. In January 2018, Tesla announced it would pay Musk nothing for the next 10 years — no salary, bonuses, or stock — until the company reaches a $100 billion market cap. If and when that happens, Musk could potentially overtake Amazon CEO Jeff Bezos as the richest person in the world.

Keep reading to find out what we know about how Musk amassed his fortune and how he spends it.

Decades before becoming a father of six and amassing an $84.8 billion fortune, Musk taught himself to code as a child growing up in South Africa. By the time he was 12, he sold the source code for his first video game. 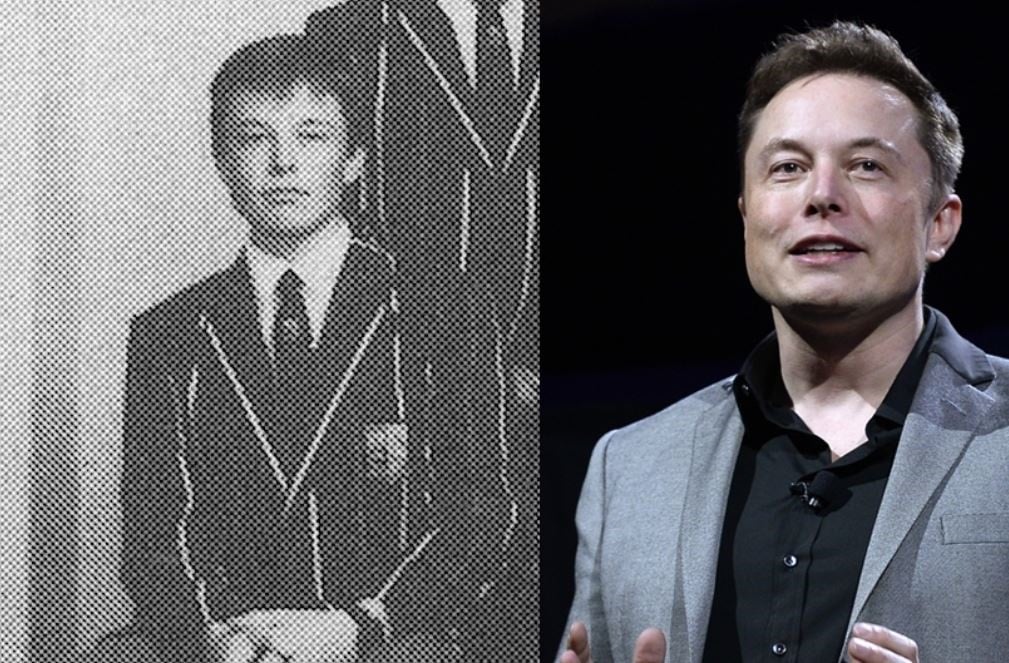 Elon Musk as a school boy in South Africa. Maye Musk with her children Elon, Kimbal, and Tosca in the 1970s.
Maye Musk
Just before his 18th birthday, Musk moved to Canada and worked a series of hard labor jobs, including shoveling grain, cutting logs, and eventually cleaning out the boiler room in a lumber mill for $18 an hour — an impressive wage in 1989.

Musk got a pay cut to $14 an hour when he started a summer internship alongside his brother, Kimbal, at the Bank of Nova Scotia after cold-calling — and impressing — a top executive there.

After he arrived for his freshman year at Queens University in 1990, Musk quickly picked up a side hustle selling computer parts and full PCs to other students. "I could build something to suit their needs like a tricked-out gaming machine or a simple word processor that cost less than what they could get in a store," Musk said. Within two years, Musk transferred to the University of Pennsylvania on a partial scholarship.

To cover the rest of his tuition, Musk and a buddy would turn their house into a speakeasy on the weekends, charging $5 at the door. "I was paying my own way through college and could make an entire month's rent in one night," Musk said.

Musk graduated with a bachelor's degree in physics and an economics degree from the Wharton School and moved to Stanford to pursue his PhD.

He left the program within days to found an internet startup with his brother. They started Zip2, a city guide software for newspapers, with $28,000 in seed money from their father.

Four years later, in 1999, they sold Zip2 for $307 million, earning Musk $22 million. He invested more than half of his earnings to cofound X.com, an online banking service.

The company quickly merged with its rival and became PayPal, with Musk as the majority shareholder. In 2002, eBay bought PayPal and Musk walked away with $180 million.

Musk turned his attention to his new space exploration company, SpaceX, after leaving PayPal. A few years later he cofounded electric-car maker, Tesla, and then SolarCity, a solar power systems provider. The success of these companies eventually launched him into the billion-dollar club — but not before he went broke.

In late 2008, Musk divorced his first wife and it took a toll on his finances. A year later, Musk said he "ran out of cash" and had been living off loans from friends while trying to keep his companies afloat.

But when Tesla debuted on the stock market in 2010, Musk's fortune sky rocketed. By 2012, he appeared on Forbes' richest list for the first time with a net worth of $2 billion. Over seven years later, Musk has amassed an $84.8 billion fortune — and he's not shy when it comes to spending it.

The CEO bought more than $100 million worth of residential property in California. He has since offloaded much of his real estate after vowing to sell it all and "own no house" on May 4. Musk went on a buying spree in Los Angeles' ritzy Bel-Air neighborhood starting in late 2012, when he purchased a 1.67-acre estate for $17 million. The mansion has a two-story library, a home theater, a gym, and 1,000-bottle wine cellar. He also listed the neighbouring ranch-style home he owns, which once belonged to Gene Wilder, at the same time.

As the leader of one of the preeminent auto-makers, it's no surprise Musk has an affinity for cars. Back in 2013, he paid $920,000 at an auction for the Lotus Esprit submarine car used in a James Bond movie. Despite having funds to spare, Musk isn't a fan of lavish vacations — or any vacations for that matter. In 2015, he said he'd only taken two weeks off since founding SpaceX about 12 years earlier.

Musk has five children with his ex-wife Talulah Riley. In a 2014 tweet, Musk said he takes the kids on an annual camping trip. "I'm a pretty good dad," he said. "I have the kids for slightly more than half the week and spend a fair bit of time with them. I also take them with me when I go out of town."

Sources: Twitter, Elon Musk: Tesla, SpaceX, and the Quest for a Fantastic Future

Musk and Canadian singer Grimes, his on-again, off-again girlfriend, welcomed a baby boy on May 4. They named the child X Æ A-12 Musk. But by August 2018, Musk told The New York Times that he had taken to working 120 hours a week. "There were times when I didn't leave the factory for three or four days — days when I didn't go outside," he told The Times. "This has really come at the expense of seeing my kids. And seeing friends." Musk said on an earnings call in 2017 that he doesn't have a desk at the Tesla factory: "I always move my desk to wherever — I don't really have a desk actually — I move myself to wherever the biggest problem is in Tesla. I really believe that one should lead from the front lines, and that's why I'm here." Musk admitted to spending "many late nights" at Tesla's Nevada Gigafactory re-writing software during a production sprint for the Model 3. For a story published in August 2018, Business Insider reporters spoke with 42 Tesla employees, who said Musk is a visionary, but also unpredictably demanding. Musk said in June 2019 that he even planned to spend his 48th birthday on June 28 at work, improving the company's "global logistics."

Musk told CBS' "60 Minutes" that he is, in fact, "somewhat impulsive" and doesn't "really want to try to adhere to some CEO template." Not only does Musk spend a ton of time at Tesla, he also spends a lot of his money on the company. In the first six months of 2018, he bought more than $35 million worth of shares in Tesla. Musk also invests a lot of time, energy, and resources into SpaceX.

SpaceX has raised more than $2.2 billion to develop, build, and launch Starlink, an effort to cover Earth in ultra-fast broadband internet and build the prototype of Starship, a gargantuan reusable space vehicle designed to bring people to Mars, reported Business Insider's Dave Mosher. The company was valued at $33.3 billion in June 2019. The Es'hail-2 mission launches toward space aboard one of SpaceX's Falcon 9 rockets on November 15, 2018.
SpaceX/Flickr (public domain)

Musk also helms The Boring Company, which he founded in 2016 to develop and construct an underground tunnel in Los Angeles in an effort to mitigate traffic. In December 2018, Musk debuted the first prototype. In 2012, Musk signed The Giving Pledge, vowing to donate the majority of his wealth during his lifetime. Though he's already in the business of improving our environment and the future during his day job, Musk has made sizable donations to causes he cares about, including a $10 million gift to the Future of Life Institute to regulate artificial intelligence.

Musk found himself in legal trouble with the SEC in 2018 after he tweeted that he had obtained the funding to take Tesla private, which moved the company's stock price. Musk reached a settlement with the SEC in April 2019. Musk moved Tesla share price again on May 1, sending it down 13% after tweeting "Tesla stock price is too high imo."

At the end of the day, the multibillionaire says he enjoys inexpensive hobbies like listening to music, playing video games, and reading books. "Hang out with kids, see friends, normal stuff," he said. "Sometimes go crazy on Twitter. But usually it's work more."

Musk's Twitter habits once again got him into legal trouble after Musk called the British cave diver who helped rescue a Thai soccer team a "pedo guy"; the diver sued Musk for defamation. A jury ruled in Musk's favour in December 2019.

Musk has had plenty of headline-making outbursts both on- and offline. When a metal ball shattered the "armored glass" of Tesla's Cybertruck during a demonstration in November, Musk said "oh my f---ing god."

The billionaire has more than tripled his net worth in 2020 so far, despite the coronavirus pandemic.