Tesla CEO Elon Musk revealed the highly anticipated truck on Thursday night in Los Angeles, proclaiming that "trucks have been the same for a very long time" before introducing the unconventionally angular truck.

The Cybertruck starts at R600,000 for the single-motor rear-wheel-drive version and goes up to R1 million for the tri-motor all-wheel-drive version; self-driving features are a $7,000 add-on. Production is expected to begin in late 2021.

Tesla isn't the only automaker in the electric-pickup market. Ford is developing an all-electric F-150, and Bollinger Motors recently introduced its fully electric all-wheel-drive B2 Pickup Truck, though it has a steeper price point and a lower range than the Cybertruck. Rivian, a startup backed by Ford and Amazon, is also developing an electric pickup.

Tesla described the Cybertruck as "the most powerful tool we have ever built." Keep scrolling to see why. 2. The automaker claims the truck has an almost impenetrable body made from "ultra-hard 30X cold-rolled stainless steel" and armored glass. The durable stainless steel shell on the truck mitigates dents, damage, and corrosion, according to the automaker. 3. Meanwhile, the "ultra-strong" glass can cushion and avert impact force. However, the Cybertruck reveal showed that the glass may not be as "impenetrable" as the automaker originally claimed otherwise when an object thrown at it damaged the glass during two separate demo on stage. 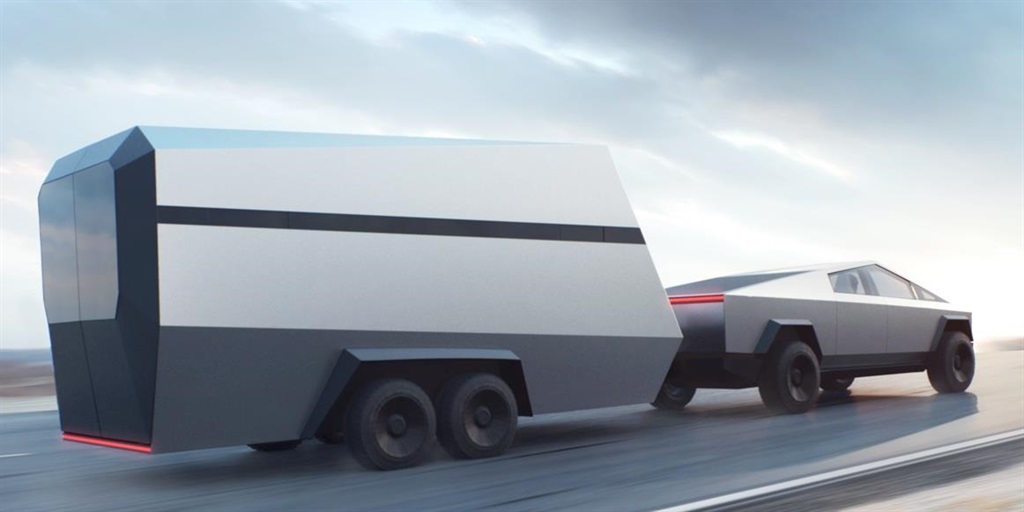 8. The cargo area in the rear is lockable, and the truck has a total of 100 cubic feet of enclosed exterior storage. 9. It also comes with a "magic" tonneau cover that is tough enough to withstand the weight of a person standing on it, according to the automaker. 10/ The truck also has onboard power for plugging in tools and other appliances. 11. As well as an adaptive air suspension that raises and lowers the Cybertruck's suspension by 10cm for easier access. There is also a self-leveling feature. 12. An electric ATV — the Cyberquad — was also announced at the Cybertruck's unveiling, and will originally only be available as a Cybertruck option, according to CEO Elon Musk.