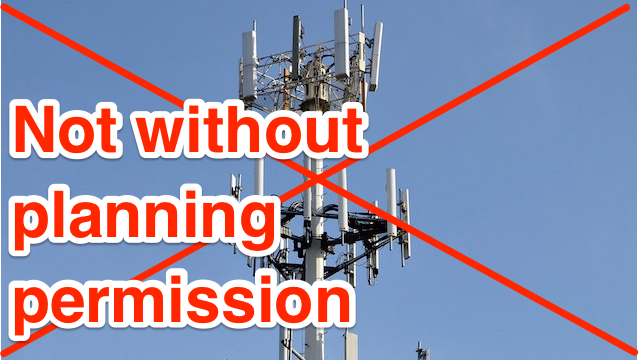 Municipalities have the right to say what gets built where – even when it comes to cellphone masts, the high court in Cape Town has found.

And that holds even when the national interest requires, say, telecommunications towers to be built to ensure that everyone has decent network coverage.

Telkom had tried to argue otherwise, saying city governments like Cape Town should not be allowed to stand in the way of the rollout of cellphone infrastructure.

Even though telecommunications regulation is exclusively the business of national government, the court said, zoning land is exclusively the domain of municipalities. And so Cape Town has "the constitutional power and right to regulate the zoning of land to determine whether it may be used for masts".

Telkom had tried to set up a cellphone tower in Heathfield, Cape Town, on a residential stand. It applied for rezoning of the land but started building the mast before the application had been processed. Instead of paying a fine that would allow the application to be considered, Telkom went to court – saying it should not have to get permission before building masts at all.

Had Telkom succeeded, it would no longer have required Cape Town's consent to erect any telecommunications infrastructure – in what may have set a national precedent.

But "it is overtly clear that a municipality must regulate land use, including matters which affect national interests," said the court.

Related Links
5G is going to make your cellphone faster than you can believe - and it is also going to be very...
Android P looks exciting, but only 6% of phones are running the latest version of Android
Move over, SMS. Samsung and Huawei users are getting a better message system
Next on Business Insider
Entrepreneurs, designers, inventors and product developers can get grant funding of up to R800,000