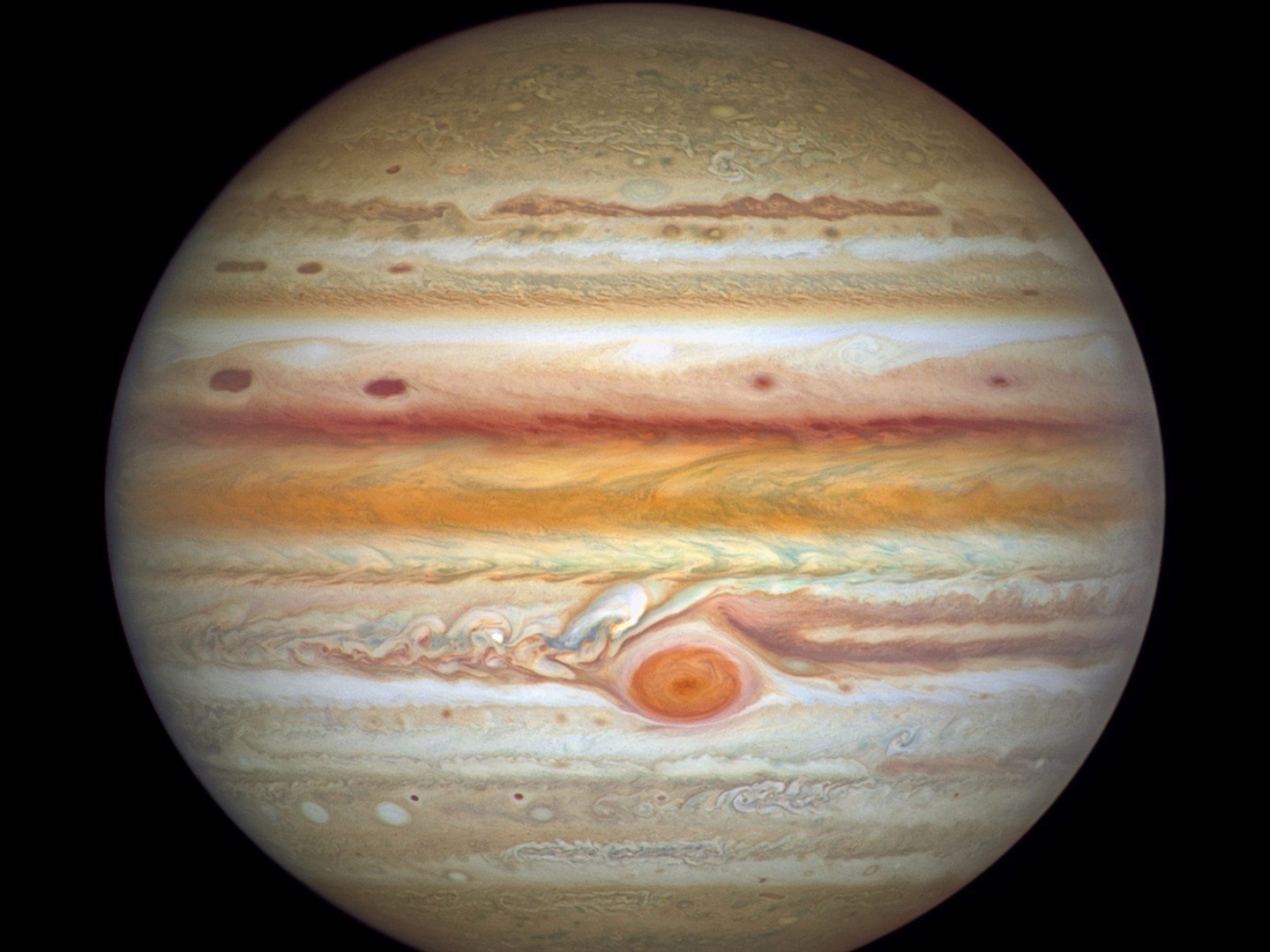 It's school picture day for our solar system's distant planets. Every year, NASA's Hubble Space Telescope spends a few days shooting photos of Jupiter, Saturn, Uranus, and Neptune, and this year's portraits don't disappoint. The images capture mysterious changes in the planets' weather and colours — both exciting scientists and sometimes leaving them scratching their heads.

Hubble, which launched into Earth's orbit in 1990, is the world's most powerful space telescope. It has photographed the births and deaths of stars, spotted new moons circling Pluto, and tracked interstellar objects zipping through our solar system. Its observations have allowed astronomers to calculate the age and expansion of the universe and to peer at galaxies formed shortly after the Big Bang.

Hubble's portraits, published by NASA on Thursday, depict visible changes in each planet's atmosphere. These outer worlds continually morph as tumultuous bands of gases and gargantuan storms rise, fall, change colour, and reverse directions over months or years. The latest images, shot by Hubble in September and October, capture those changes in real time.

Planetary scientist Michael Wong said he loves how dynamic the distant planets are.

There can be different, but equally good explanations behind those atmospheric changes, Wong, who studies Hubble data on outer planets at the University of California, Berkeley, told Insider in an email. The telescope's sharp bright portrait of Jupiter revealed a series of new storms in the planet's northern hemisphere.

Since 2018, Jupiter's equator has darkened to a deep orange hue, visible in the newest portrait. The planet's middle belt is usually white or beige, but this is not the first time the Jovian equator's colour has shifted.

"We think this may all be part of a climate cycle on Jupiter that repeats every six to eight years," Wong said. "Equatorial reddening events typically last three years." As in previous years, Hubble's Jupiter portrait captures its Great Red Spot in vibrant colour. The spot, a raging storm that astronomers have observed on Jupiter for about 200 years, is up to 310 miles deep, according to measurements that NASA's Jupiter-orbiting Juno spacecraft took in 2019.

Saturn's colourful bands pop against the blackness of space. Peeking from below its rings, the planet's southern hemisphere appears blue, indicating that it was winter in the south when the photo was taken. The image also captured four of Saturn's 82 moons. Those pictured — Tethys, Mimas, Enceladus, and Dione — are among its largest satellites. Because Uranus and Neptune are much farther from Earth than Saturn or Jupiter, their portraits are less crisp. But scientists can still see interesting, sometimes puzzling, changes in their atmospheres.

Uranus's northern polar region appeared to be brightening in its springtime, when the northern region receives more UV radiation from the sun. Although scientists don't fully understand Uranus's seasonal brightening, researchers are studying it. The shift in colour may be related to changes in Uranus's atmospheric flow or the concentration of methane in the air.

Neptune's northern regions, on the other hand, are darkening in its 2021 portrait. The solar system's bluest marble appears to be growing even bluer.

Neptune's signature storm, the Dark Spot, appears on the upper left side of the planet's snapshot. It's not yet clear what makes Neptune's dark areas so dark.

"We are working on a paper suggesting that some of these planet-encircling dark areas are related to the dark spots somehow. But other dark areas may not be related, so it's uncertain," Wong said. Last year, Hubble data revealed that the Dark Spot, which is wider than the Atlantic Ocean, had abruptly switched directions. It was inching south, where Neptune's biggest storms go to die, but suddenly changed course and moved north again in August 2020. Scientists aren't sure why that is.

"A lot of these questions could be answered by actually sending probes to the giant planets and making measurements inside the atmosphere," Wong said. "However, NASA's budget is limited, so even a single probe most likely would not have all the instruments needed to really measure cloud particles in detail."

Private space companies with bigger budgets haven't shown much interest in exploring the outer planets. SpaceX and its competitor Blue Origin — which flew founder Jeff Bezos to the edge of space in July — are aiming to build human settlements closer to Earth.

"I think Jeff Bezos' personal net worth of $200-plus billion would be enough to send 20 to 50 atmospheric entry probes EACH to Jupiter, Saturn, Uranus, and Neptune. Instead, our nation has only been able to afford one probe to Jupiter," Wong said, adding, "We are trying to answer as much as we can with the data available to us."