Microsoft sank a data centre the size of a shipping container 2 years ago in a wild experiment and just brought it up to see how it went. Data centres are the "backbone of the Internet," where data and photos from the cloud are physically stored. In 2018, Microsoft sent an experimental data centre down to the ocean floor encased in steel and powered by renewable energy.

This summer, when researchers lifted the data centre out of the ocean, they found that it was eight times more reliable than comparable land data centres. For this project to be successful, Microsoft brought in outside experts to study the economic and environmental factors involved.

It worked with Naval Group, a French company that works with submarines and marine energy. With Naval Group's help, they built the data centre to roughly the same dimensions of a standard cargo container, and the experiment began.  Some of the data stored in the centre included COVID-19 research.

Now that this phase of Project Natick is finished, Microsoft says that all parts of the vessel and servers will be recycled, and the ocean floor is being restored to the way it was before the project began.

Here's how it went.

The concept for an underwater data centre was first proposed at a 2014 ThinkWeek, where Microsoft employees can submit out of the box ideas. More than half of the world population lives within 200km of the coast, so Microsoft theorized that underwater data centres near large coastal cities could make Internet speeds faster as data have less distance to travel. In 2015, the concept was tested with a container. Inside, the data centre had computing power equivalent to 300 PCs. Data centres are networked groups of computers that store and process huge amounts of information. They're key to cloud computing. The 105-day deployment in the Pacific Ocean was successful, and Microsoft consulted with experts in logistics, shipping, and other specialties to verify that the idea was practical. 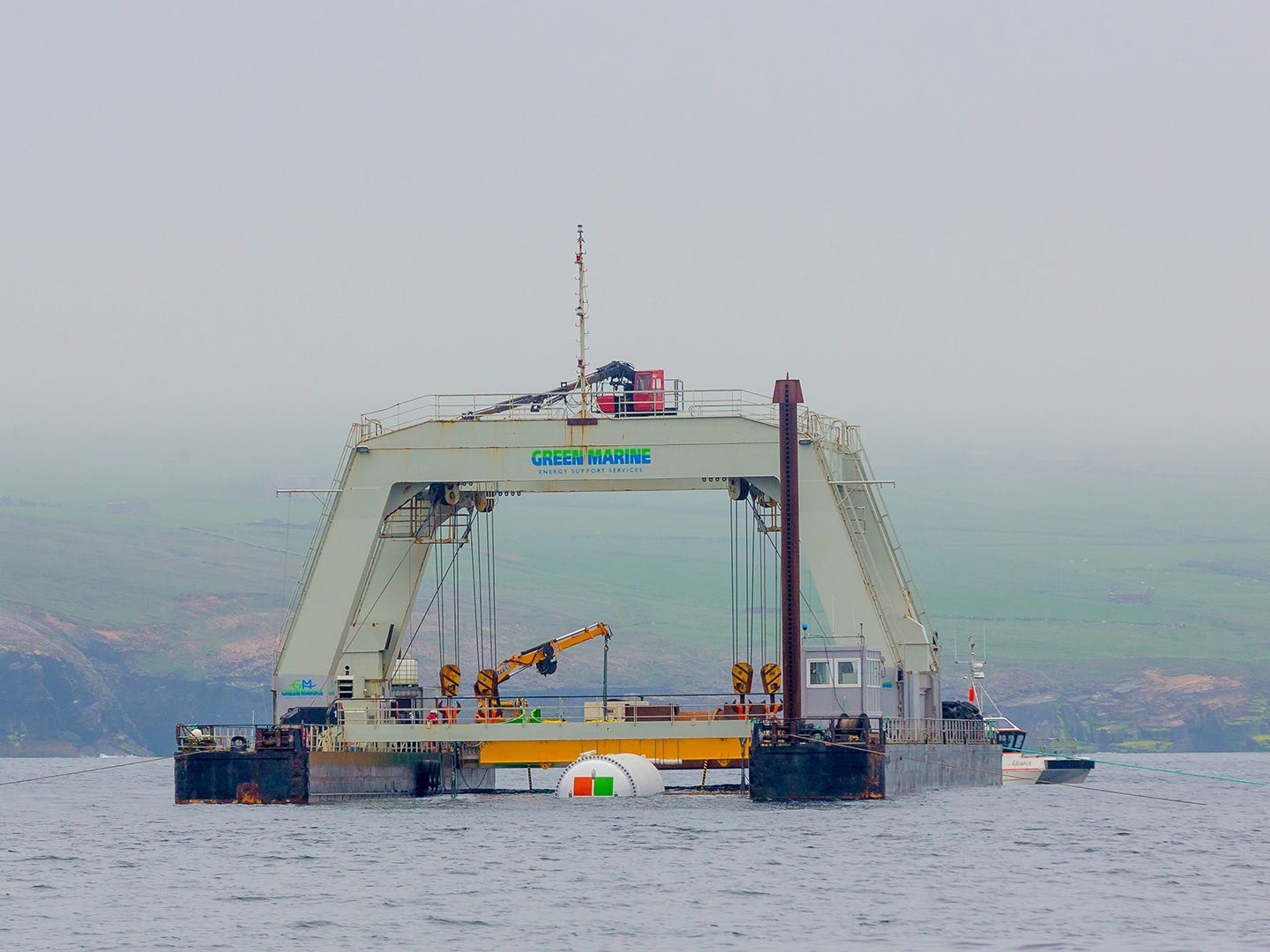 The next step was creating the Northern Isles data centre, a 12-metre long shipping container-like vessel with 864 servers. The data centre was built and tested in France, then shipped on a truck to Scotland for deployment. Project Manager Ben Cutler said that the team had "perfect weather" on the day of deployment in 2018, with calm seas of the Orkney Islands in Scotland. A remote-operated vehicle brought a fiber optic cable up from the seafloor, which was then attached to the data centre. Then, ten winches, a crane, a barge, and the remote vehicle were used to slowly lower the data centre 36 metres down to the seafloor. The Northern Isles deployment was a test to see if data centres can be quickly shipped and operated anywhere in the world, even in particularly rough patches of sea. They chose Orkney because the Northern Isles are a major site of renewable energy research. "We know if we can put something in here and it survives, we are good for just about any place we want to go," one manager said. Wind turbines and solar panels on the islands, plus offshore tidal turbines and wave energy converters, supply enough power for all 10,000 residents, A cable from the island supplied the data centre with power. In July 2020, the team retrieved the data centre from the ocean floor. Retrieving the data centre took a full day, with the use of pontoons and winches on an especially calm day. The container was white when it went into the water, but after two years it was covered in a layer of algae and barnacles, with sea anemones growing in nooks. "We were pretty impressed with how clean it was, actually," said Sean Fowler, part of the technical staff on the project. Once it was back above the water, the team power washed the steel data centre. Then, they used test tubes to collect air samples from inside the vessel for testing. Back in 2018, researchers left it filled with dry nitrogen, so they needed to see how two years of operation altered the air. After cleaning and sampling, the data centre went back on the truck to Northern Scotland. 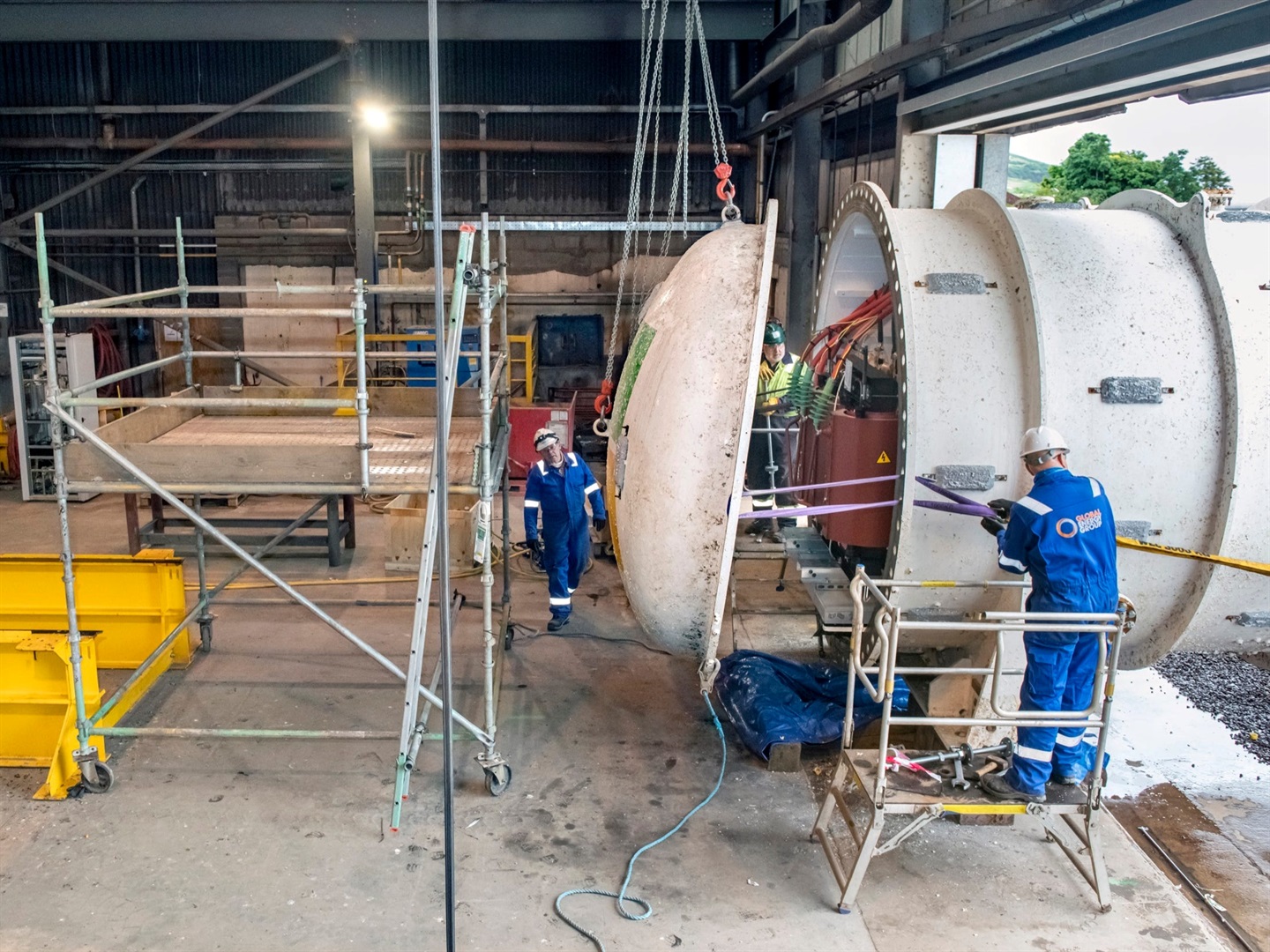 The centre actually had a lower failure rate than typical data centres, and researchers said that underwater data centres were eight times more reliable than those on land.

The team believes that one reason for this low failure rate is that nitrogen is less corrosive than oxygen. Another idea is that there are fewer failures when people aren't around to jostle the technology. 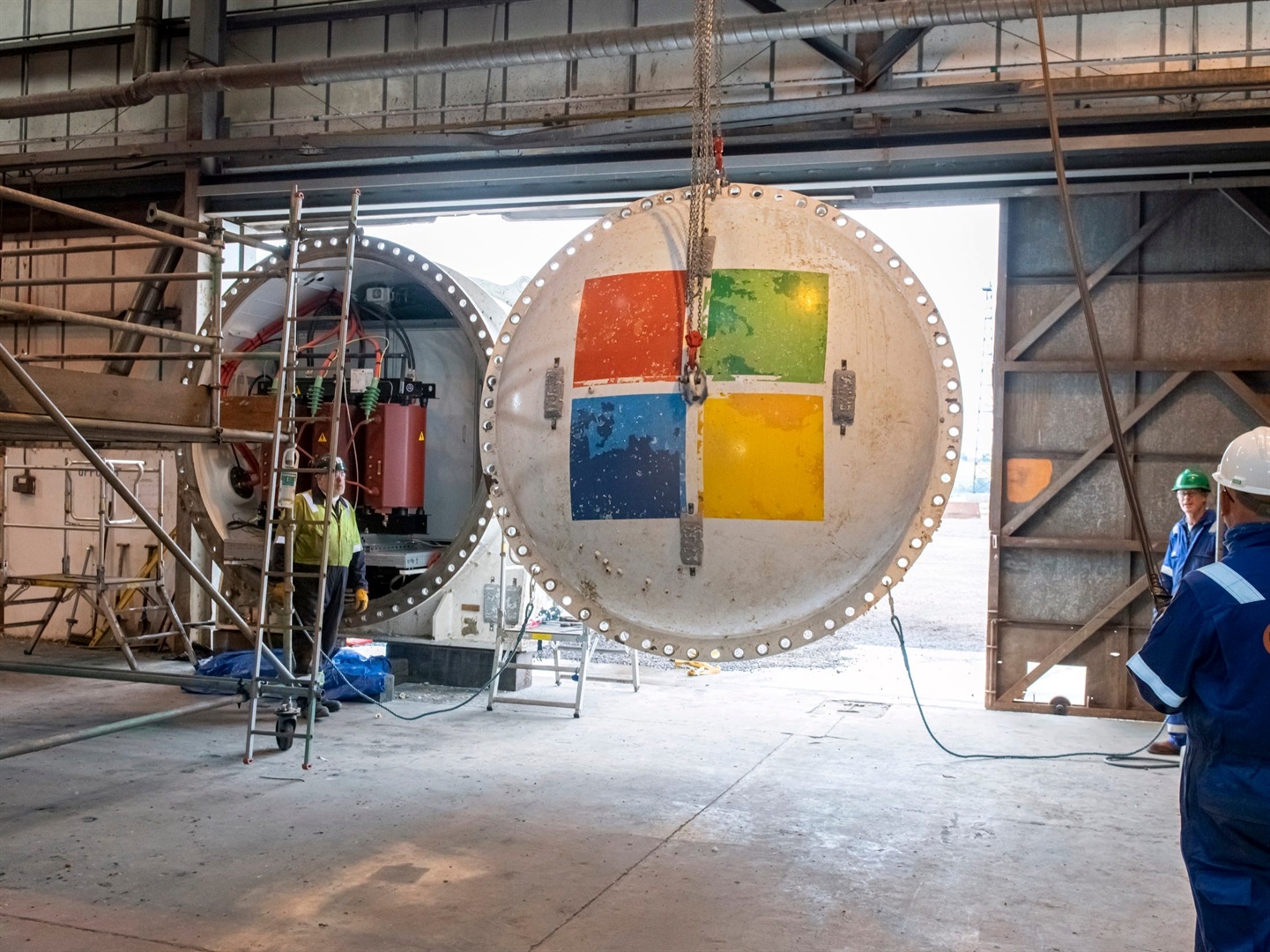 Now, researchers are working on applying these findings to land data centres, and even talking about someday powering Microsoft cloud services entirely by underwater data centres.