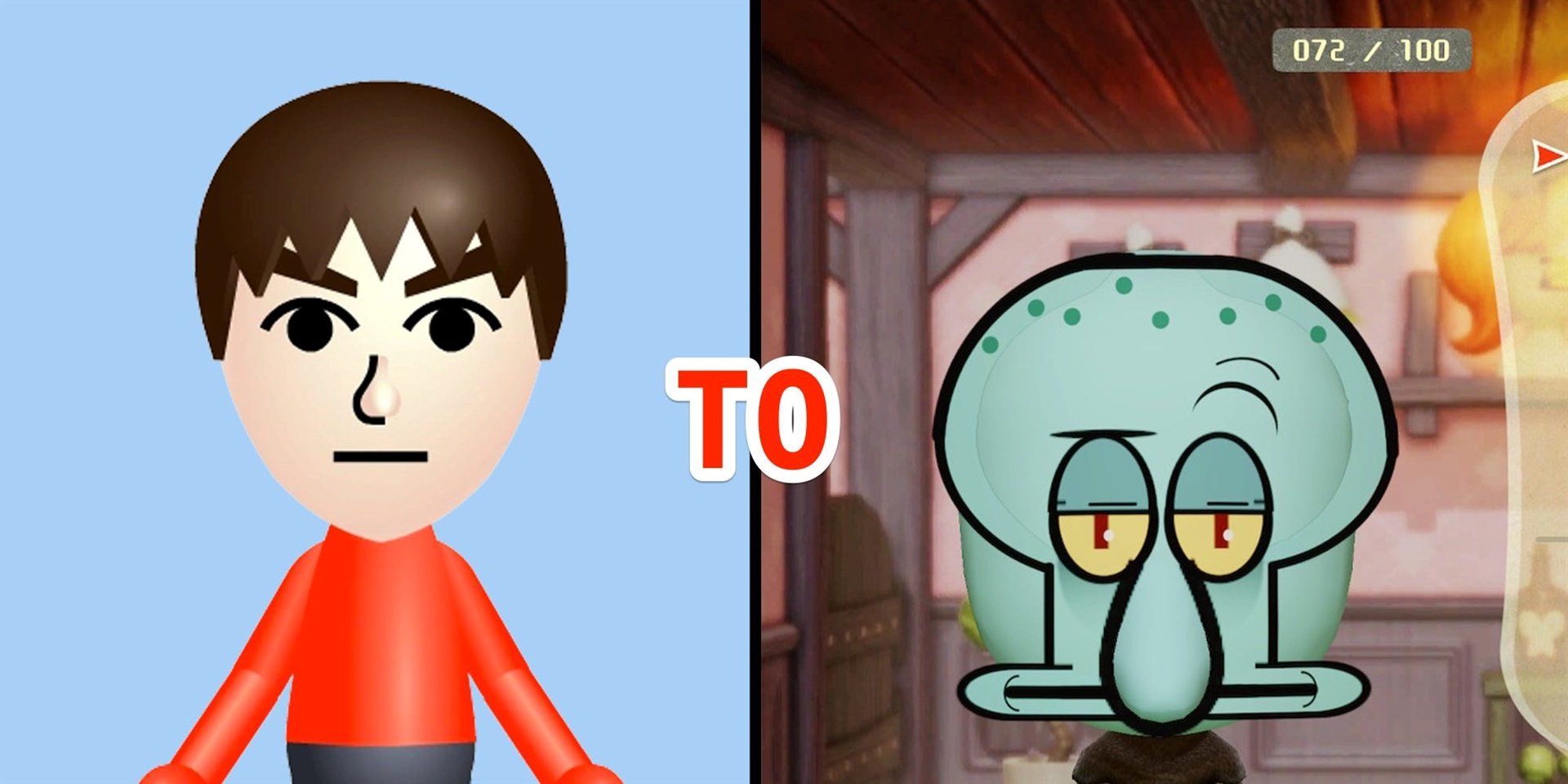 The original default Mii, compared to a new one.
Nintendo; @MarekLonchar

On Tuesday, Nintendo released a demo for "Miitopia," a Nintendo Switch title set for release in May. Originally released in 2017 for the Nintendo 3DS, "Miitopia" is a fantasy-adventure role-playing game (RPG) in which four heroes set out to stop a "Dark Lord" who's been stealing people's faces.

As its name suggests, almost every character in "Miitopia" - including both the heroes and the villains - are played by Miis, the customisable avatars originally introduced on the Wii console in 2006. The game encourages players to cast their friends, family members, favourite celebrities, and more as characters.

But in "Miitopia," Nintendo has introduced an advanced Mii Maker with tons of new options and features. With it, it seems that Nintendo's finally aiming to let players design avatars to look like whatever they want. As tweets have shown throughout the week, players are getting creative with the new feature, turning each playthrough into a bizarre and meme-filled adventure.

If you are one of the 100 million people to have owned a Wii since the console's original rollout, you probably remember making Miis for yourself and everyone in your household. The original Mii Maker was a brilliant app, spurred on by games like "Wii Sports," and sparked a creative frenzy in the gaming world and beyond. This was in spite of how restrictive the Wii's Mii Maker was. Although a dedicated Mii-maker could get some mileage out of it - and many certainly did - Nintendo didn't give players a lot of tools to work with. And while the Wii had internet access, Nintendo never gave it a fuller version of the Mii Maker. Even their later attempts at the Mii Maker, found on the 3DS or in the mobile game "Miitomo," kept options sparse.

With the rollout of the demo, players are going viral on Twitter for their recreations of fictional characters, memes, and works of art - including the Mona Lisa.

Here are ten of the most jaw-dropping avatar creations that Twitter users said they made on "Miitopia," each paired with a photo of the original subject.

First up, a brilliant take on Vision from the Marvel Cinematic Universe. Vision, played by Paul Bettany, and his Mii counterpart.
@strawburryusagi on Twitter; Disney/Marvel

Twitter user @strawburryusagi has put together a frighteningly accurate version of the Marvel superhero Vision, played by Paul Bettany in the Marvel Cinematic Universe.

spent waaay to much time on these. #wandavision #miitopia #NintendoSwitch pic.twitter.com/WQSpCdyjwa

Next, an emoji turned into a human. 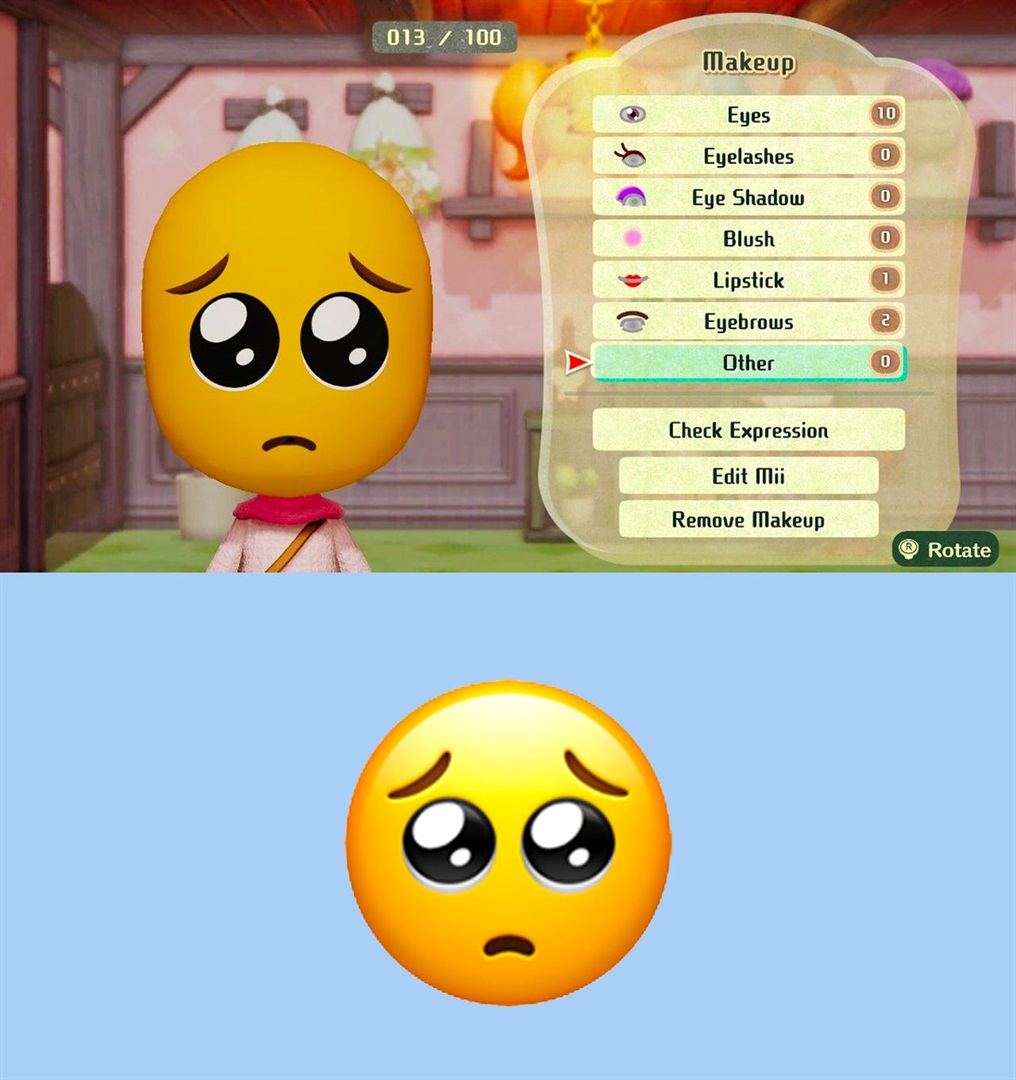 The Apple version of the "pleading" emoji (??).
@Galatea_83; Emojipedia

Player @Galatea_83 plastered the pleading emoji onto her Mii's face — even including the big light reflections on its eyes.

Players have been making cartoon characters, too - like this Mii of Squidward. Squidward's never looked better than in this creation by @MarekLonchar, which uses makeup to give the Mii a new head shape.

Less pretty is this take on Duchess, the snooty socialite from 'Foster's Home for Imaginary Friends.' 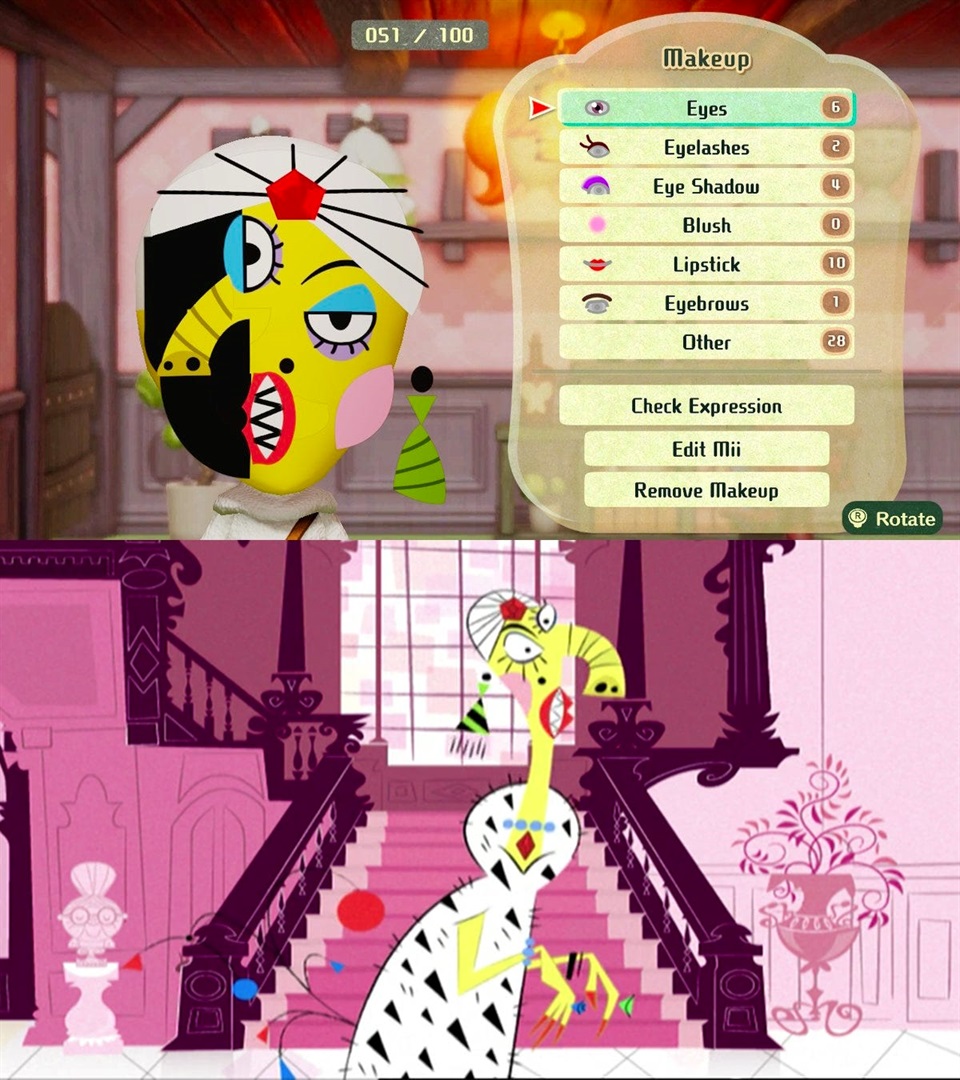 Check out this version of Skipper, the lead penguin from the 'Madagascar' cartoon series. Skipper, the head of the penguin squad from the "Madagascar" movie and television series.
@HypraSeaPea; Dreamworks Animation

In their take on the gruff penguin Skipper from the "Madagascar" series, artist @HypraSeaPea used the Mii's hair to mimic fins, and the nose to mimic the tip of his beak. He looks just as smug as the original.

Some users have abandoned faces entirely - like this meme from 'Pokémon Gold and Silver.' A nonsense screenshot of the Pokémon Wooper, originally popularized by the YouTuber Alpharad.
@SuspendedSpirit; Nintendo

User @SuspendedSpirit went to the next level, and turned his Mii's face into a screenshot from an entirely different video game. The Pokémon featured here, Wooper, does have a face of its own.

Wooper isn't the only video game character getting in on the action - check out this version of the Crewmate from 'Among Us.' A red Crewmate from "Among Us," the strategy game that went viral last year.
@eatingtheorange; InnerSloth

"Among Us" was by far the most popular and frequently-memed game of 2020. Although the game's momentum has slowed a bit, the Crewmates' simple spacesuits — as seen in this recreation by @eatingtheorange — are still iconic.

Just as iconic is this take on Sans, a main character from the megahit RPG 'Undertale.' Sans, one of the most popular video game characters of the past decade, from "Undertale."
@XNo0neIsHereX; Toby Fox

@XNo0neIsHereX has given us a near pixel-perfect version of Sans, the wisecracking skeleton from Toby Fox's wildly popular RPG "Undertale." If the first few notes of "MEGALOVANIA" don't play in your head whenever you look at this, you haven't truly lived.

Making a new character is one thing, but what about making multiple characters - like Mario and Luigi here? A shot from the opening cutscene of "Hotel Mario" for the Philips CD-i.
@milkystar64; Nintendo/Philips

Few cutscenes are better-known than the "Hotel Mario" intro, which has been memed and remixed thousands of times on YouTube and Twitter.

Twitter user @milkystar64 has given "Hotel Mario" the Mii treatment, painting the character's face with the game's opening shot of Mario and Luigi.

Finally, a true work of art - the Mona Lisa, captured in Mii form. Leonardo da Vinci's Mona Lisa, one of the most famous paintings of all time.
@Nakios_

From the slight smile to the reddened eyes and the shadows under her chin, it's almost as if Leonardo da Vinci himself picked up a controller to make this Mona Lisa avatar by @Nakios_.